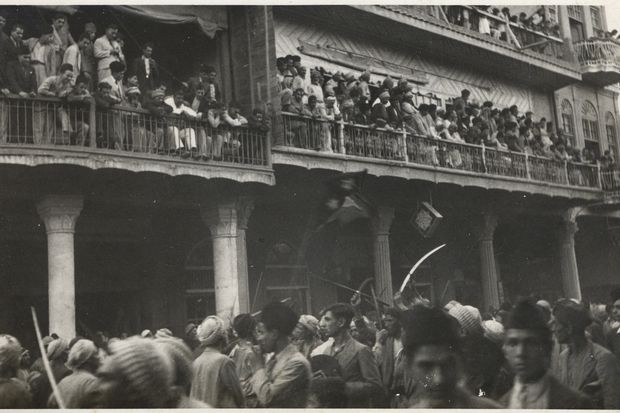 I was 10 when mobs attacked the Jewish community of Baghdad, my community, with cruel and unimaginable violence. Rioters maimed, raped, killed and robbed the unsuspecting Jews. This massacre, which began June 1, 1941, was called the Farhud, Arabic for “violent dispossession” or pogrom.

The seeds of the Farhud had been sown two months earlier. On April 1, a pro-Nazi coup d’état overthrew the pro-British Iraqi government and seized power. The coup was staged by Rashid Ali al Gaylani, an Arab nationalist and former Iraqi prime minister, supported by four army generals, and aided by Fritz Grobba, a former German ambassador to Iraq. This dangerous group was further stoked by the grand mufti of Jerusalem, Haj Amin al Husseini, who deeply hated the Jews. Anti-Semitic propaganda began to appear in the daily newspapers and in broadcasts on Radio Baghdad. It was intended to inflame the Muslim population and rally support for the new regime.

The Jewish community bore the brunt of this explosive combination of Arab nationalism, Nazi propaganda and anti-Semitism. In the weeks after the coup my family stayed home most of the time, huddled around the large console radio. We listened with disbelief to reports of Jews being arrested and accused of anti-Iraqi sentiment and of spying for the British. I shook just thinking of the torture being carried out to extract false confessions.

On May 31, 1941, the British army arrived at the outskirts of Baghdad. The pro-Nazi government collapsed quickly, but al Gaylani and his co-conspirators escaped to Iran. The Jewish community in Baghdad felt a sense of relief, especially as it coincided with the eve of the Shavuot festival, commemorating the time when God gave us the Ten Commandments. We had good reason to rejoice.

But that high spirit didn’t last long, and joy reverted to pain and sorrow. The absence of a functioning government created a power vacuum. Across the country, chaos and lawlessness followed.

The Farhud erupted early Monday morning, June 1. Soldiers in civilian clothes, policemen and large crowds of Iraqi men, including Bedouins brandishing swords and daggers, joined in the pillage, helping themselves to loot as they plundered more than 1,500 Jewish homes and stores. For two days, the rioters murdered between 150 and 780 Jews—exact counts aren’t known—injured 600 to 2,000 others, and raped an indeterminable number of women. Some say 600 unidentified victims were buried in a mass grave. All through the night we heard their screams. We heard gunshots too, then sudden quiet. Unarmed and unprepared to defend themselves, Jews were vulnerable and helpless. I was shaken, desperate and angry.

On the first day of the Farhud, my older brother Eliyahu’s adventurous spirit nearly cost him his life. He rode his bike to visit his friend, but returned home traumatized and with tears in his eyes. He had seen men on Rashid Street, a main thoroughfare, dragging Jewish passengers from a minibus, stabbing them to death, and then robbing them in broad daylight.

My family reinforced our front door by stacking heavy furniture against it. I carried buckets of water to the roof to boil and stay ready to toss on marauders should they attempt to break in. We stayed up through the night, barricaded in our home. My father was praying and reading the Book of Psalms, but I was too preoccupied to join. Not wanting to appear weak to my older brothers, I cried myself to sleep in silence.

The riots ended in the late afternoon of June 2 when Iraqi, Kurdish and British forces entered Baghdad, killing some of the rioters and establishing order. My family and I were saved and unharmed, but my uncles Moshi and Meir hadn’t been so lucky. Their homes were ransacked totally. They had managed to escape with their lives only by jumping from rooftop to rooftop.

Later, I heard of Muslim men protecting Jewish homes by standing guard with guns and daggers. Some even sheltered Jews in their own homes and saved them. Those were the good, honorable and faithful Muslims, the righteous among the nations. They were the true heroes. These stories restored my faith and made me realize that there were many good Muslims among us.

After Iraq’s failure in its May 1948 war to extinguish Israel, the new Jewish state, the Iraqi government reignited its assault on its own Jewish citizens. New waves of accusations, arrests, tortures and hangings shook the Jewish community’s faith in the future. Fear of a second Farhud took over. I felt that there was nothing left for me in Iraq. In December 1949, I was smuggled illegally to Iran in a secret hold of a cargo boat. I made my way to Tehran with a group of Iraqi Jews, then we were airlifted to Israel by Jewish operatives. I arrived with nothing but the shirt on my back.

My friends and family were soon to follow. Around 135,000 Iraqi Jews—most of the community—are estimated to have left Iraq by 1952. Most were allowed to bring one suitcase each.

Today only four known Jews live in Iraq. Jewish communities in the Middle East and North Africa had existed for millennia, but they are nearly all gone. Around 850,000 Jews like us were forced to leave their countries. They, too, left behind their homes, businesses, irreplaceable historical artifacts and religious treasures. This was ethnic cleansing of Jews, right after the Holocaust, in the middle of the 20th century.

A journalist based in Basra, Iraq, recently asked me, “Would you like to come back to Iraq, if things got better?” “No,” I replied. “I am glad and grateful to be out of Iraq alive, and feel fortunate and blessed to enjoy freedom in one of the best countries in the world, the United States of America.”

Mr. Samuels is author of a memoir, “Beyond the Rivers of Babylon.”