Science is about the pursuit of truth; to act other than in its pursuit represents an ethical and moral violation. 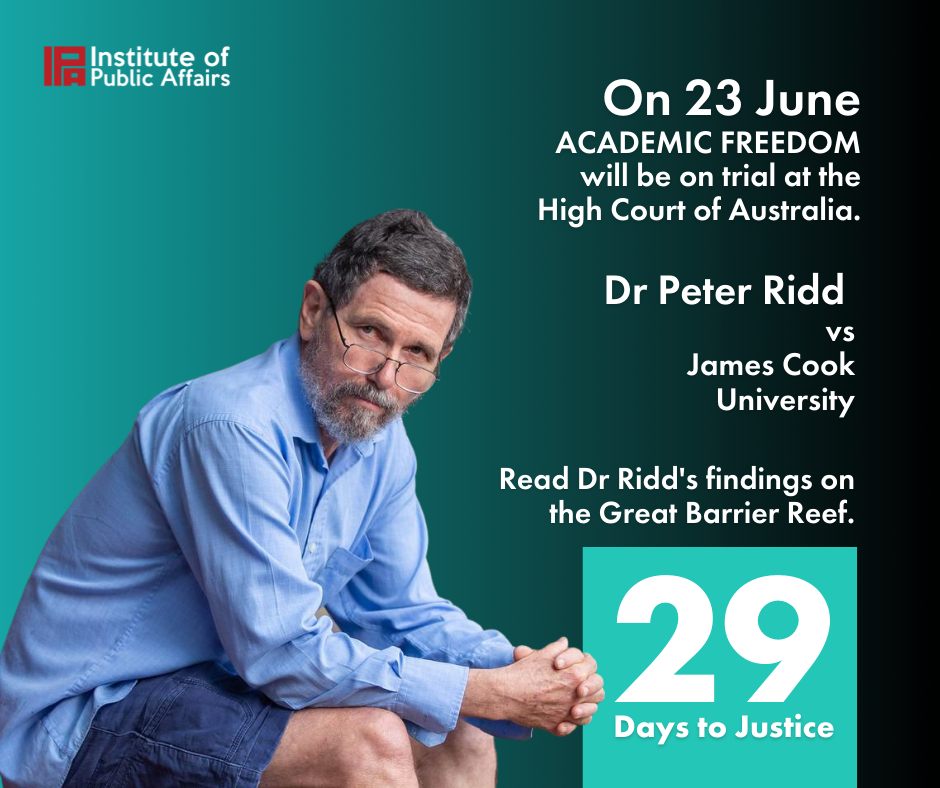 What were Dr Peter Ridd’s findings on the Great Barrier Reef that had James Cook University so rattled? Read an excerpt from Dr Ridd’s chapter in ‘Climate Change The Facts 2017’ and find out for yourself. http://ow.ly/Mmu450EUpaT
On 23 June, Dr Ridd will face James Cook University at the High Court to find out whether ACADEMIC FREEDOM means anything in Australia.
.
Much more on this below the fold.

While Climate Cultists do their best to blame the bushfires on ‘climate change’ in an attempt to recruit the naive, gullible & ignorant into their religious doomsday cult ……..

Almost 100 firebugs have deliberately started blazes across Queensland that have destroyed homes and consumed thousands of hectares of bushland.

Queensland police have dealt with 98 people – including 31 adults and 67 juveniles, for deliberately settin…

Australia is ‘giving away’ its wealth from gas and oil: experts

Gas, we have plenty of it, is dearer in Australia than in Japan. Our polit-clowns sell it overseas for foreign currency. Our dollar is almost worthless overseas. Very soon travelling to S.E. Asia will be only for the rich.

“There is so much that can be done to fix this situation. All it requires is a small amount of political will.”

Of course the self proclaimed experts funded by tax payers are lying https://www.youtube.com/watch?v=Oebulzcra0c&t=1015s
PLEASE SUPPORT THIS CHANNEL ON ‘SUBSCRIBESTAR’. Supporters get access to exclusive Gary Orsum music for FREE download. SubscribeStar: https://www.subscribest...

Sea Surface Temperatures and the Duty of Scientists