Anyone who believes in stopping White replacement is a “violent extremist”

There was an enormous amount of talk during the first day of public testimony of the extremism inquiry yesterday. The most important points were deliberately hidden behind euphemisms or buried in the midst of irrelevant waffle.

We can summarise what was said (and what was directly implied) by the head of ASIO, the head of the AFP and the Department of Home Affairs as follows:

1. Anyone who believes in stopping White replacement is a “violent extremist”, even if they have never committed violence and explicitly rejected it as a strategy.

They’re doing this all over Missouri.

2. “Violent extremists” have no legitimate political viewpoints or grievances. Their message must therefore be suppressed, and the public prevented from understanding their ideas.

3. People who agree with National Socialist or other pro-White ideas have been “radicalised” and require state-enforced “deradicalisation” until they stop questioning liberalism and multiculturalism.

4. “Violent extremists” have no political rights, and must be “disrupted” through constant police harassment even if there is no suspicion that they have committed a crime.

5. The possession of political material that “violent extremists” are likely to have in their homes should be banned. This is because the police are finding it difficult to “disrupt” “extremists” who are not interested in violence and who have not done anything illegal. The material mentioned included the books Siege and The Turner Diaries, as well as National Socialist flags.

6. “Extremists” who have not done anything illegal should be added to a public list of organisations which the government wishes to suppress. No penalties for being on the official Australian Government shit list were named, but presumably there will be. At the very least it seems to be a state-sanctioned incitement to violence against those organisations and their members.

We will release a video soon which will go into more depth about the individual proposals.

Needless to say we ourselves could not have made a more compelling case as to why democracy and human rights are cynical lies. 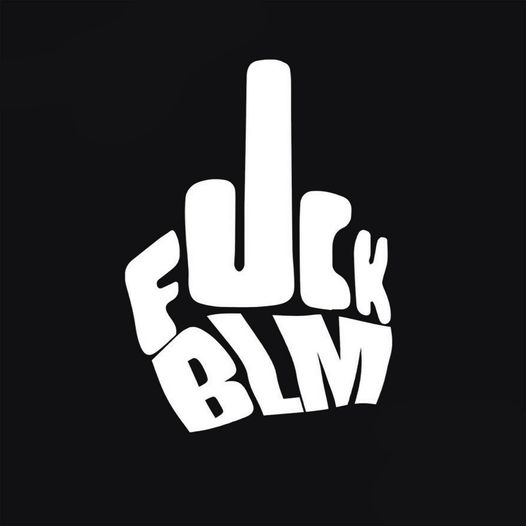 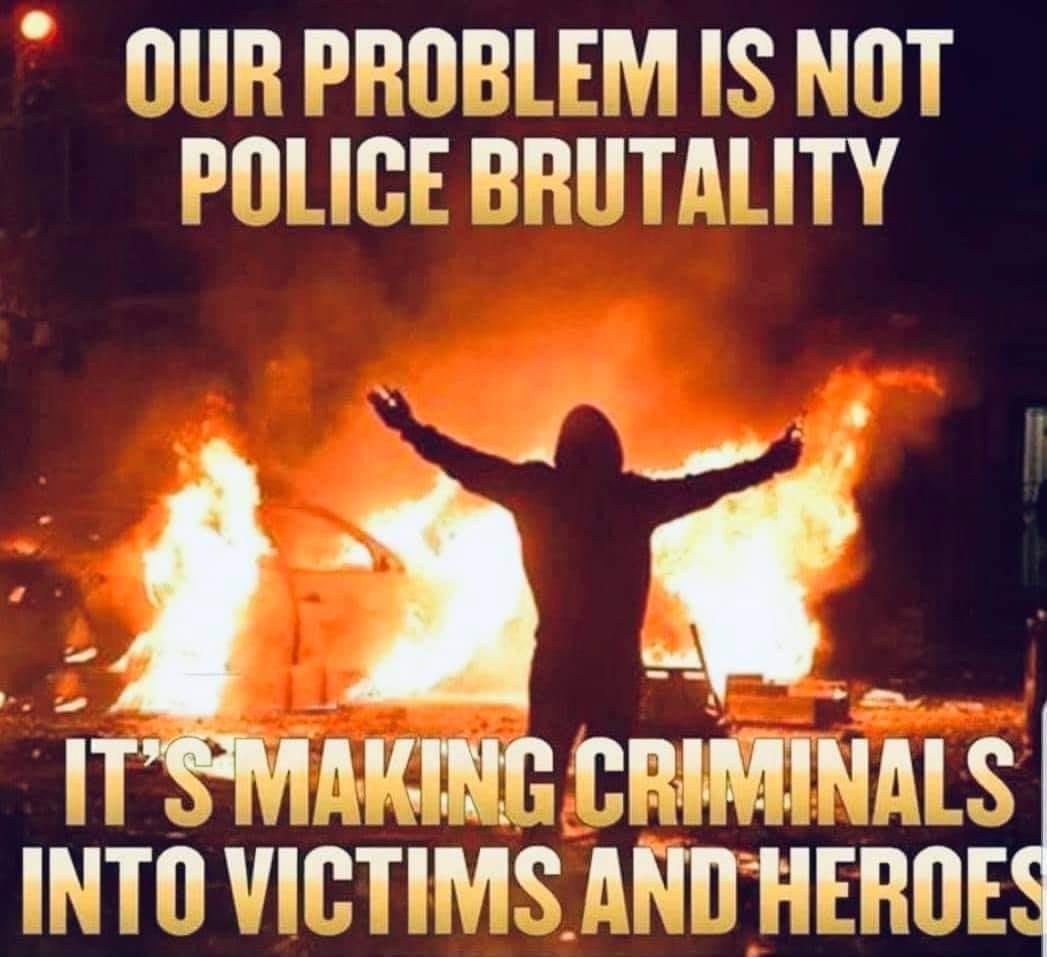 “In their regressive Orwellian worldview, anti-Americanism is the new patriotism,”

The essay, titled “When Everything is Racist There’s No Room for Reason,” begins by describing today’s progressives as demanding a “profound remaking of the country.”

1.The premise isn’t true. I hate racism. And I hate when it’s used as a political weapon.
2.There is no goal of forgiveness or reconciliation. None. It’s never mentioned on their sites.
3.It’s all about Black Power. It’s plastered all over the MFBL website.
4.They heavily promote transgenderism. Loving every human being is not the same as loving every human doing.
5.They completely ignore fatherhood.
6.They want to abolish prisons and police forces. “We believe that prisons, police and all other institutions that inflict violence on Black people must be abolished.” That would be anarchy in any community.
7.They are anti-capitalism.Oh the irony of this. The videos that make us aware of police brutality are captured on phones that are a result of capitalism.
8.Colin Kaepernick supports it. A “biracial” adoptee, Kaepernick is now obsessed with his “blackness.” He idolizes the late murderous Fidel Castro and Che Guevara and worships Malcolm X
9.Apparently, not all black lives matter. Pro-abortion BLMF declared: “We deserve and thus we demand reproductive justice [aka abortion] that gives us autonomy over our bodies and our identities.
10.They rob, steal, loot and destroy. You cannot simultaneously fight violence while celebrating it.
11.They demand reparations. Ok. Sooooo, I guess the white half who worked hard for their money has to pay for they other half that never worked.

In their regressive Orwellian worldview, anti-Americanism is the new patriotism,” Brodsky (pictured) writes. “In their version of American democracy, big tech thought police substitute for the real police now being defunded in communities across America.”

Instead of a “free corporate media” presenting “multiple sides” on issues and allowing for “an open exchange of ideas on opinion pages,” Brodsky claims that today’s media has given way to “mob- and media-approved narratives” while calling to “silence and banish all dissent to the outer rim.”

According to Brodsky, who is also a Senior Fellow at the Gold Institute for International Strategy, this leads to “the Left’s distortion of any discussion about the relationship between the issues of border security, immigration, and voter integrity.”

Quoting Fox News host Tucker Carlson, who stated that Democrats intend to “change the population of the country ” in order to “win and maintain power,” Brodsky claims that Democrats seek open borders, limitless immigrations and “blanket” amnesty for illegal aliens, in order to broaden the Democratic voter base.

“Democrats’ own words have made Carlson’s point obvious for some time,” writes Brodsky, pointing to New York Times articles and statements of Democrat politicians, including Julian Castro and then-candidate Kamala Harris.

Another example, cited by Brodsky, of Democrats “demanding policies that benefit them electorally,” were the calls for Washington, DC and Puerto Rico to be recognized as independent states.

“Apparently, when they dug a little deeper, they discovered that Puerto Rico might be too competitive as a state in elections, unlike D.C. which would be a solid blue state,” he said. “While the House recently passed legislation for D.C. statehood, Democratic talk of Puerto Rican statehood has all but vanished.”

Addressing the “firestorm” set off by Carlson’s recent comments on immigration which led to “hysterical” calls for his dismissal, Brodsky writes that “the force of these calls can only gain purchase if they cast the issue as one of racism, rather than ‘a voting rights question,’ as Carlson explained.”

Brodsky then takes aim at the left’s use of “systemic racism” to shut down any debate.

“For the Left, the connective tissue that runs through every issue is the noxious claim of ‘systemic racism,’” he says. “It takes on many forms, such as critical race theory, intersectionality, and the accusation that everything is a relic of the Jim Crow era.”

“There is no debate or defense because the accusation is designed to skip the trial and move straight to sentencing,” he continues. “If it’s a symbol it is torn down. If it’s a person they are deplatformed, silenced, fired, and doxed by the Twitterati. If it’s a business or corporation it will be listed in The New York Times.”

Calling it “no surprise” that the “usual woke mob” called to cancel Carlson, Brodsky expresses more surprise by similar calls from the Anti-Defamation League (ADL), which he describes as “an organization that should have a solid handle on what racism is.”

Deciding to “insert itself in the middle of a legitimate debate about immigration,” Brodsky writes that the ADL “forcefully came down in favor of cancel culture” by sending a letter which referred to Carlson’s monologue as a “full-on embrace” and “open-ended endorsement” of white supremacist ideology while demanding Carlson’s dismissal.

“This letter marks the ADL’s unfortunate transformation into just another arm of the ever-expanding progressive Left,” Brodsky writes. “After all, the ADL and the progressive wing it parrots aren’t merely trying to cancel Tucker Carlson. Their goal is to quash the debate on immigration entirely.”

He then explains that the real source of racism stems from the Democrats.

“Despite the progressive attempt to label all points of disagreement as racist,” Brodsky says, “a much stronger example of racism comes from those who refuse to see people as individuals and instead only as members of racial, ethnic, and religious voting blocs.”

Calling antisemitism “a real and growing threat,” Brodsky claims that “the elected officials who most consistently attempt to brandish their anti-Semitism and anti-Zionism through legislation and as a part of their political platform are Democrats, who are being led by their progressive wing.”

Brodsky also claims that “paranoia, instability, and fear is the well from which racism springs,” while describing the left’s “perpetual expansion of political power” as a “poison pill for the American political body.”

Calling for a “real debate” over immigration and voting rights, Brodsky concludes that “panning everything as racist and silencing dissenting voices, at a time when too few politicians demonstrate courage, seems about as far away as one can get from what America’s Founders intended.”

One thought on “The war against white people”