“Twittering is an essential human right”- not for #Trump, obviously. 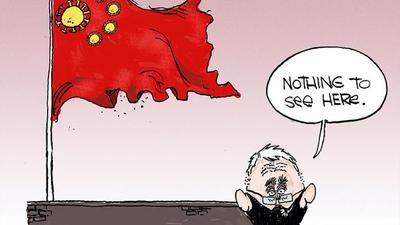 In the present Orwellian era, where propaganda and deception are ubiquitous, one of the signposts of truth that I have learned to respect is that the most important truths are the most heavily censored.

We’ve Lost Faith In Media, Politicians And Scientists; now what?

Ron DeSantis Signs Bills to Stop Nefarious Foreign Interference: Corporate Media ‘in the Pocket of the Communist Party of China’

Since becoming the first country of the G7 nations to sign onto China’s Belt and Road Initiative in 2019, Italy has seen the communist nation infiltrate its mainstream media, including Italy’s news wire service, a national business newspaper, and a tabloid owned by the family of former Prime Minister Silvio Berlusconi.

Cruz: Facebook, Big Tech ‘Operating as an Extension of the U.S. Government’ 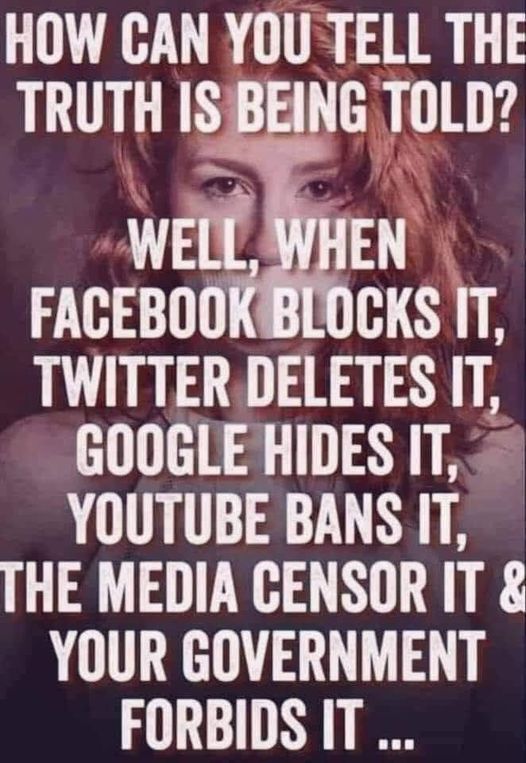 What a betrayal of the British people! Their daughters are being mass-raped by Paki “grooming gangs”, they are being wilfully replaced by foreign invaders & their goofy PM squanders a fortune on “climate change”.