Rand Paul: Fauci ‘Unwise, Naive, and in All Likelihood Has Been Lying to Us’

They don’t care that we know about Wuhan now.

They only cared about us not being able to talk about it *when it mattered* in 2020. CCP knows nothing will happen to them now. Suddenly the media started talking about it. Amazing.

President Donald Trump on Thursday joined a chorus of criticism stemming from a trove of emails from White House adviser Anthony Fauci, including those related to the origin of the coronavirus pandemic in China.

In a blistering attack posted on his Save America site, Trump called Fauci, whom he appointed as a leader of the Trump administration’s Coronavirus Task Force, “science fiction.”

“Just think how bad things would have gotten if I followed Dr. Fauci’s advice and never closed down travel from China (and other things)?” Trump wrote. “Dr. Fauci likes to say that he is ‘science,’ when in fact he is merely science fiction! 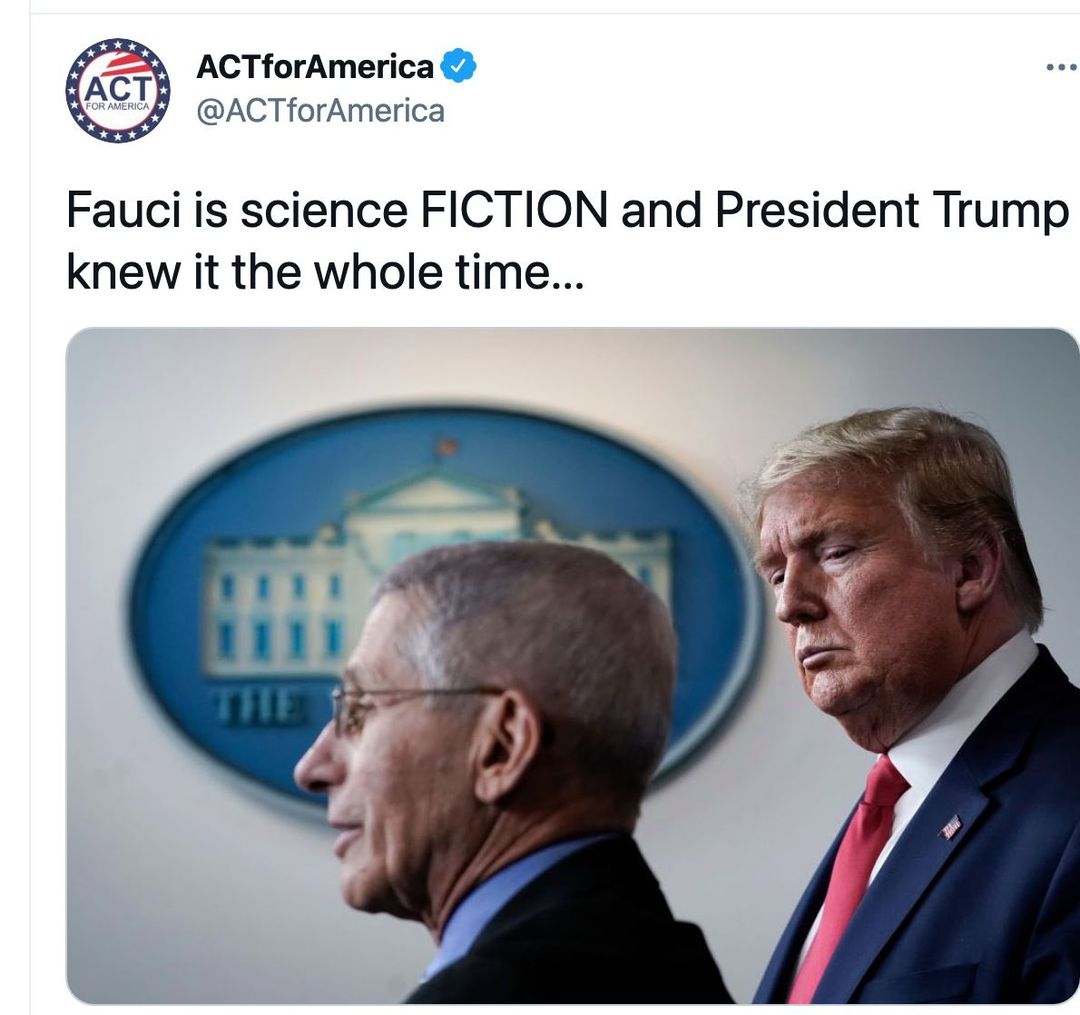 “It is now unanimous, and I have been proven right (once again) that the initial World Health Organization Report on the Wuhan Lab was flawed and must be redone, this time by a truly transparent investigation,” Trump said about the virology lab in Wuhan where there’s growing speculation a lab leak triggered the pandemic in late 2019.

In March, the World Health Organization released a joint report with Beijing on the origins of the pandemic following a four-week investigation in China, concluding the lab leak hypothesis was “extremely unlikely.”

But that conclusion has come under much closer scrutiny, including from President Joe Biden, who last month ordered a “definitive” report from the U.S. intelligence community.

“We were right about the China Virus from the beginning, and now the entire world sees it,” Trump wrote.

“This is why the Chinese Communist Party should pay $10 Trillion in global reparations for what they allowed to happen, the worst event in world history,” he continued.

“Even here in the United States, the so-called experts like Dr. Fauci were wrong about the Wuhan Lab and China’s role the entire time.”

Trump ally Sen. Lindsey Graham, R-S.C., on Tuesday night said scientists who signed a letter last year claiming the coronavirus causing COVID-19 jumped naturally from animals to humans had put out a political document “trying to destroy the credibility” of Trump and others who argued the pandemic-causing disease had leaked from a Chinese lab.

“The media took it and ran, and it changed the course of the election,” Graham told Fox News’ Sean Hannity. “Why? Because number one, the scientists are tied to this lab. They were covering their a**. They put out a letter not based on science, but a political document trying to destroy the credibility of people who suggested it came out of a lab.”

The February 2020 statement, which was signed by 27 scientists and published in the British medical journal The Lancet, dismissed “conspiracy theories” that the virus had leaked out of the Wuhan Institute of Virology in China.