According to Rasmussen, the majority of American voters now believe there was cheating that affected the 2020 election results

The Biden Regime has a real problem: nobody hires 100 lawyers to hide an election victory. Nobody has the DOJ interfere in a state-ordered audit because they won fair and square.

The DOJ is very worried about the ongoing movements to audit U.S. election systems and identify voter fraud issues.

In case you missed it, today, Attorney General Merrick Garland of the United States Department of Justice publicly announced that the agency would do everything in the agency’s power to protect Democrats ability to rig elections and steal them to retain power.

The first set of inquiries into U.S. election systems is discovering multiple flaws and ways that vote outcomes can be manipulated.  More states are taking note of the myriad of election integrity issues as an outcome of the 2020 election which was transparently flawed.  The groundswell is picking up and several states are reviewing the audit procedures currently underway in Arizona.

Not surprisingly, today the DOJ Attorney General announces the federal government is prepared to intervene in order to retain the status quo.

Garland is a fake AG who was appointed by a fake president. This is true of the entire Biden buffoon administration. All fake. Arizona Lawmaker Responds to AG Garland: “You Will Not Touch Arizona Ballots or Machines Unless You Want to Spend Time in Arizona Prison”

That was fast. Let’s see if it stops the Deep State swamp.

The corrupt DOJ and its FBI totally ignored the flood of election crimes in the 2020 election.  So it’s no surprise that now the corrupt AG decides to threaten any person who is involved in election audits to prevent them from looking into the election crimes and fraud that were committed.

The DOJ totally ignored election crimes in the 2020 election.  Everywhere we turned there were crimes and corruption at every level in the process but they were ignored by our Mainstream Media, DOJ, and its FBI, and any mention of the election crimes were banned by Big Tech.  This was no small task to get all these institutions to jump on the same corrupt ship. In May DePerno broke the news that the Antrim County tabulator machines can be reopened after the election. The machines can then run more ballots through the tabulator, print off a new tabulator tape with new ballots, and then backdate that tape to November 3rd. 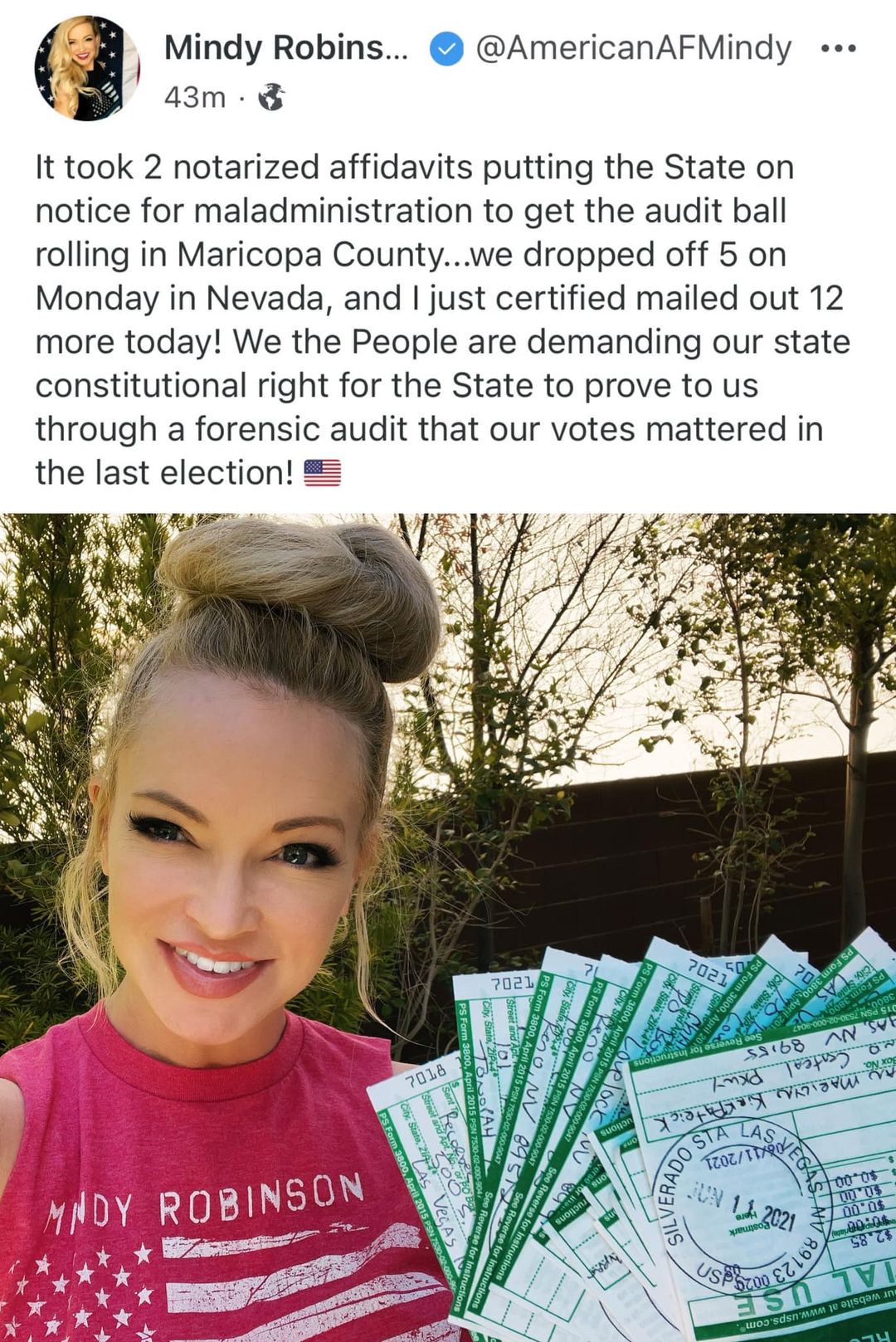 On Friday, Eric Greitens got straight to the point — If the state of Arizona does not come up with the ballots for Joe Biden they won’t have the victory.