‘The Man, The Myth, The Legend’

It is an insult that Anthony Fauci still is employed by the federal government and paid by our taxpayer dollars.

…in light of the political and economic developments which have transpired since Covid-19 was first declared a pandemic, it is becoming clearer by the day how this public health crisis is being exploited to usher in a new global system of technocratic population control and compliance. … 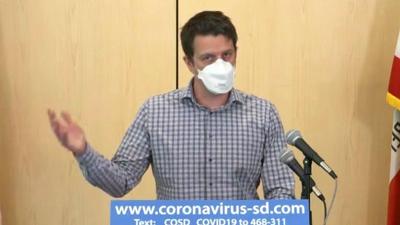 Not suspicious at all… 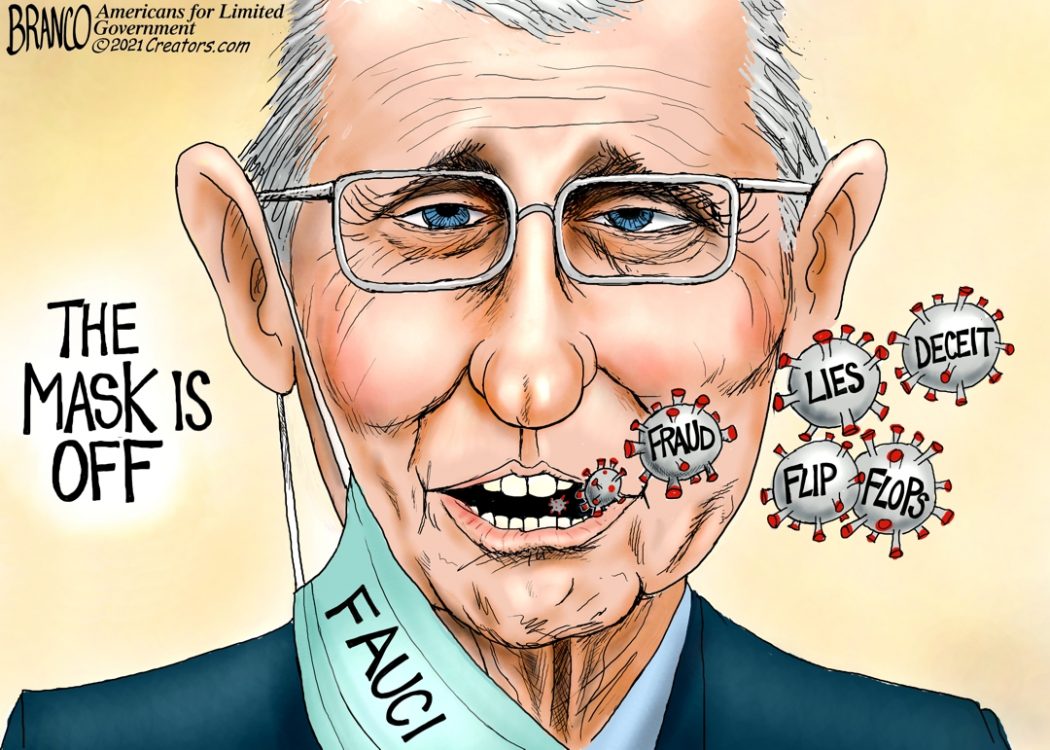 Editorial The Australian June 7, 2021
.
So Donald Trump was right. The former president wanted to haul Anthony Fauci in front of a presidential commission to give evidence about funding the Wuhan laboratory suspected of leaking Covid-19. Advanced plans were underway,
.
Sharri Markson reports on Monday’s front page. But Mr Trump’s senior advisers talked him out of the idea, according to insider accounts detailed in Markson’s soon-to-be-released book on the origins of Covid-19, What Really Happened in Wuhan. They feared it would have been seen as a political manoeuvre so close to the November presidential election. It was an excellent idea but floated too late, as one senior White House official said. Another official said it would have been almost impossible for Mr Trump to appoint a commission that would have been regarded as bipartisan.
. 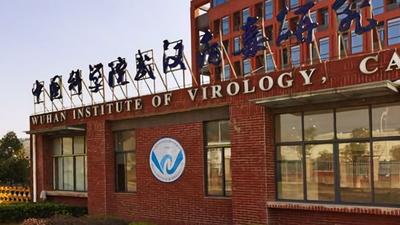 “What could go wrong?”

Sky News host James Morrow says the Dr Fauci email leaks were a “huge blow” to his credibility and those of the media left who pushed the idea the coronavirus could not have leaked from a lab. “It’s a huge blow to his credibility. It’s also a huge blow to the credibility of so many people in the mainstream media who push the idea that this virus could never have come from the lab even though it originated at the home of the Wuhan Institute of Virology,” he said. “Hello there’s a clue in all of that and all of these media just said it’s a Trump theory, it’s a conspiracy theory – Facebook was even banning people for a long time from saying that this was a possibility. “So all of these emails show that this theory absolutely needs to be looked at and it also just tarnishes the halo of Anthony Fauci who was treated as a secular saint by so many lefties in the United States and around the world just because he stood up to Trump.” 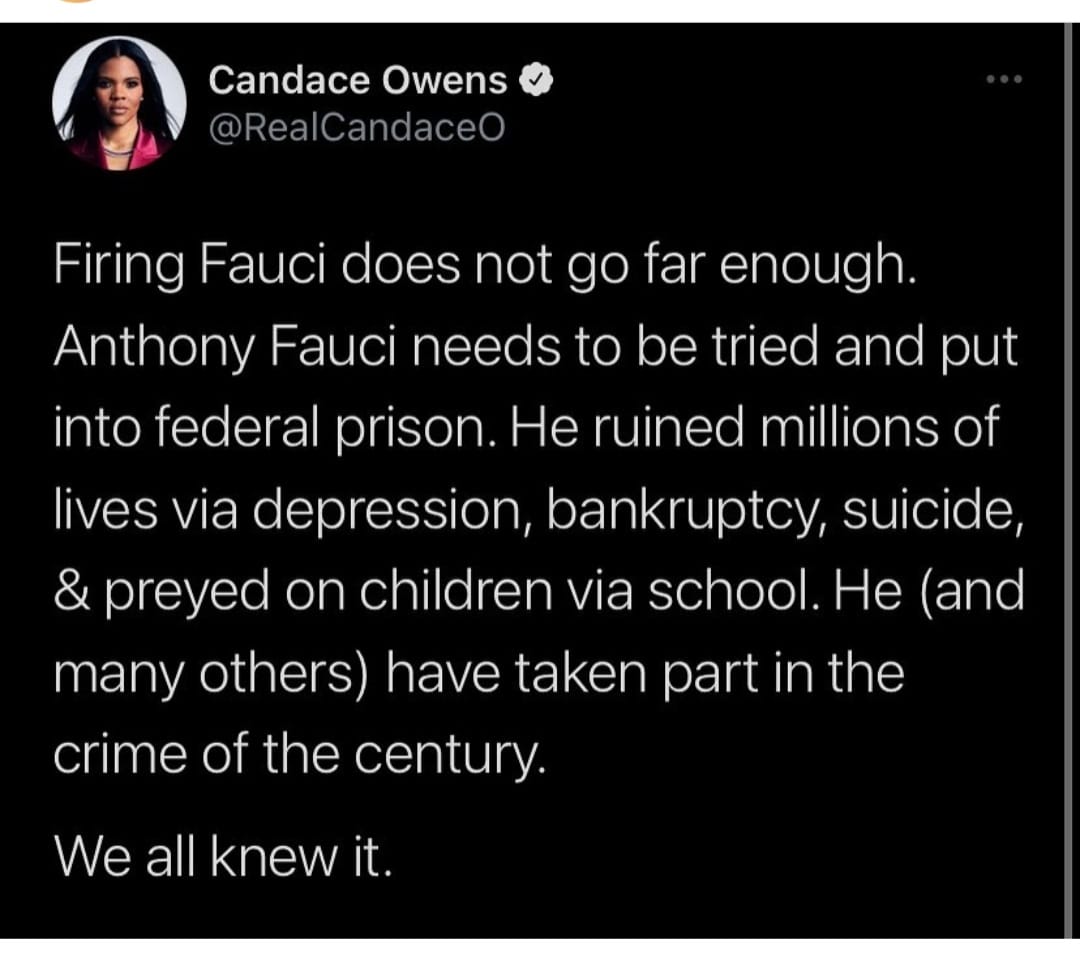 How many thousands of lives would have been saved had Hydroxychloroquine been allowed to be used?

Markson’s book will also reveal that US officials suspected China had developed a vaccine for Covid-19 prior to the outbreak, with the claims included in a “sensitive but unclassified” internal report.
.
Dr Fauci, chief medical adviser to the US president and director of the US National Institute of Allergy and Infectious Diseases, should have been upfront with the US public and the world at the outset of the pandemic. They deserved to know his institute, via US universities, was funding risky research on coronaviruses with People’s Liberation Army scientists, as Markson revealed on Saturday’s front page. Had that fact been made public as bodies piled up in makeshift morgues in New York and other US cities in the first half of 2020, public outrage and the demands for a full investigation would have been compelling. Dr Fauci’s keeping the US public and the world in the dark, and his failure to admit his connection to such research, was disloyal and breathtaking. So was the fact nobody from the US medical research sphere who knew the facts blew the whistle.
.
Until recent years, joint research efforts between Western and Chinese scientists were encouraged. But in 2014, around the time that regional tensions with China were increasing, the Obama administration implemented a pause on gain-of-function research. As a Monash University ethical analysis of GOF research explains, it involves experimentation that aims to increase the transmissibility and/or virulence of pathogens: “The ultimate objective of such research is to better inform public health and preparedness efforts and/or development of medical counter-measures. Despite these important potential benefits, GOF research can pose risks regarding biosecurity and biosafety.’’ Dr Fauci, who declined an interview request with The Australian, did not alert nor seek permission from White House leadership in 2017 before he lifted the Obama pause on GOF research, Markson reported. He raised the issue in a meeting with the White House Office of Science and Technology Policy. Emails from the early days of the pandemic show he was concerned that US funding had gone towards GOF research in China. That was the time to come clean. In a 2012 paper, Dr Fauci had acknowledged GOF research could spark a pandemic.
.
More than a year of valuable time has been wasted. But Joe Biden must ensure that Dr Fauci’s inside knowledge informs the inquiry the President ordered last week. Dr Fauci must be quizzed thoroughly to provide every possible useful insight. US intelligence agencies are probing Covid-19’s origins and will report in 90 days. Nor is it too late to establish a presidential commission, similar to those that investigated the 9/11 terror attacks, as favoured by Mr Trump and supported by former secretary of state Mike Pompeo. After almost 174 million Covid-19 cases and 3.7 million deaths worldwide, including 34 million cases and 612,000 deaths in the US, victims of the pandemic, and their loved ones, deserve real answers. Likewise, those who have lost their livelihoods. Questions of whether China used the virus to advance its own agenda should not be ignored. Mr Trump’s commission would have tallied a bill, Markson reports, to send to Beijing to recover damages and costs. Depending on what his inquiry finds, that option will be up to President Biden to decide.