Taking Obamunism to the next level:

Come black boy, get your uni-degree in hating whitey!

Ibram Kendi: ‘So Many Students’ Have Come to Me ‘Angry’ They Didn’t Learn About Systemic Racism, Slavery in School

The last thing the world needs are “angry” black students with a uni-diploma in hating whitey.
This is Obamunism, people. This will not end well. 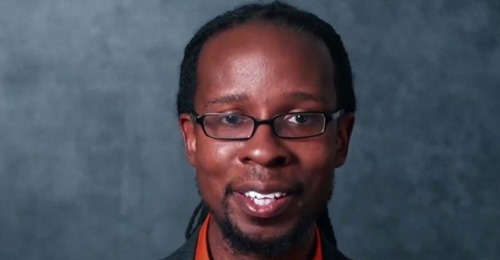 Critical race theorist Ibram X. Kendi, author and contributing writer for The Atlantic, on Tuesday revealed “so many students” have come to his classrooms “angry” that they never learned about systemic racism and racism in high school.

CBS “This Morning” host Tony Dokoupil asked Kendi, “Ibram, on the subject of learning, there’s a push in schools across the country from Republicans, in particular, to emphasize the more patriotic, in their view, elements of our history as opposed to some of the darker chapters — in particular, not teaching the idea of systemic racism. As a college professor yourself, as someone in the education business, what’s your response to that?”

US Army Commander Identifies White Men as the Enemy

The radicalized Democratic Party now controls the military. It has been purging those viewed as potentially recalcitrant to its alarming ideology. Now the purpose of the US Army is to fight not the enemies of America, but the enemies of wokism — for example, white men:

Lieutenant Colonel Andrew Rhodes, commander of the 1-8 Infantry – “Fighting Eagles”, has a message for all serving in the military: if you’re white, you’re the problem.

Rhodes gives his pronouns in his Twitter bio and describes himself as a “fervent anti-racist & anti-sexist.” He belongs in a college faculty lounge or liberal media newsroom, not leading troops into battle. But he personifies what Lloyd Austin et al. are transforming the military into.

Never mind Chinese communists and expansionist Islamists. Rhodes is worried about his fellow white guys, who are the villains per liberal dogma.

Barked Rhodes at a military function:

“If you’re a white male, you are part of the problem.”

His mentality is not as conducive to battlefield cohesion as it is to bullying whitey with hate hoaxes:

He also reportedly added that only .01 percent of [racism] accusations are false, and that he would always believe someone coming forward about an uncomfortable situation.

Evidence accrues that hate hoaxes and blacks assaulting Asians account for virtually all alleged incidents of racism — not counting the ubiquitous racism against whites, which would be of no interest to Rhodes.

An investigation is underway, because the outrageous positions attributed to Rhodes are not official policy — yet. Democrats will need to remain in control for a while longer first.

The purge of nonmoonbats from the military started with the officer corps under Obama. Inculcating leftist ideology in the military has accelerated under Biden’s radical handlers. Space Force commander Matthew Lohmeier was recently relieved of duty for speaking out against the aggressive political indoctrination.

Fighting effectiveness has not been advanced by lowering physical fitness standards to facilitate Affirmative Action. Still less will it be enhanced by the majority of servicemembers knowing that they belong to a despised identity group (i.e., white men) presumably regarded by those higher in the chain of command as expendable in combat. Add this to the long list of reasons that progressives must never be allowed in positions of authority.

That which liberalism infiltrates, it corrupts and soon destroys. The American military will be no exception unless the corruption is quickly turned back, which cannot happen with Democrats in control.