Tucker Carlson had some fun with Anthony Fauci's claim to BE 'science.' 🤣

"'When you attack me, you attack science. I am science!' says the Sun King, Tony Fauci, our own Louis XIV. Most of the media agree with this. Tony Fauci is science." 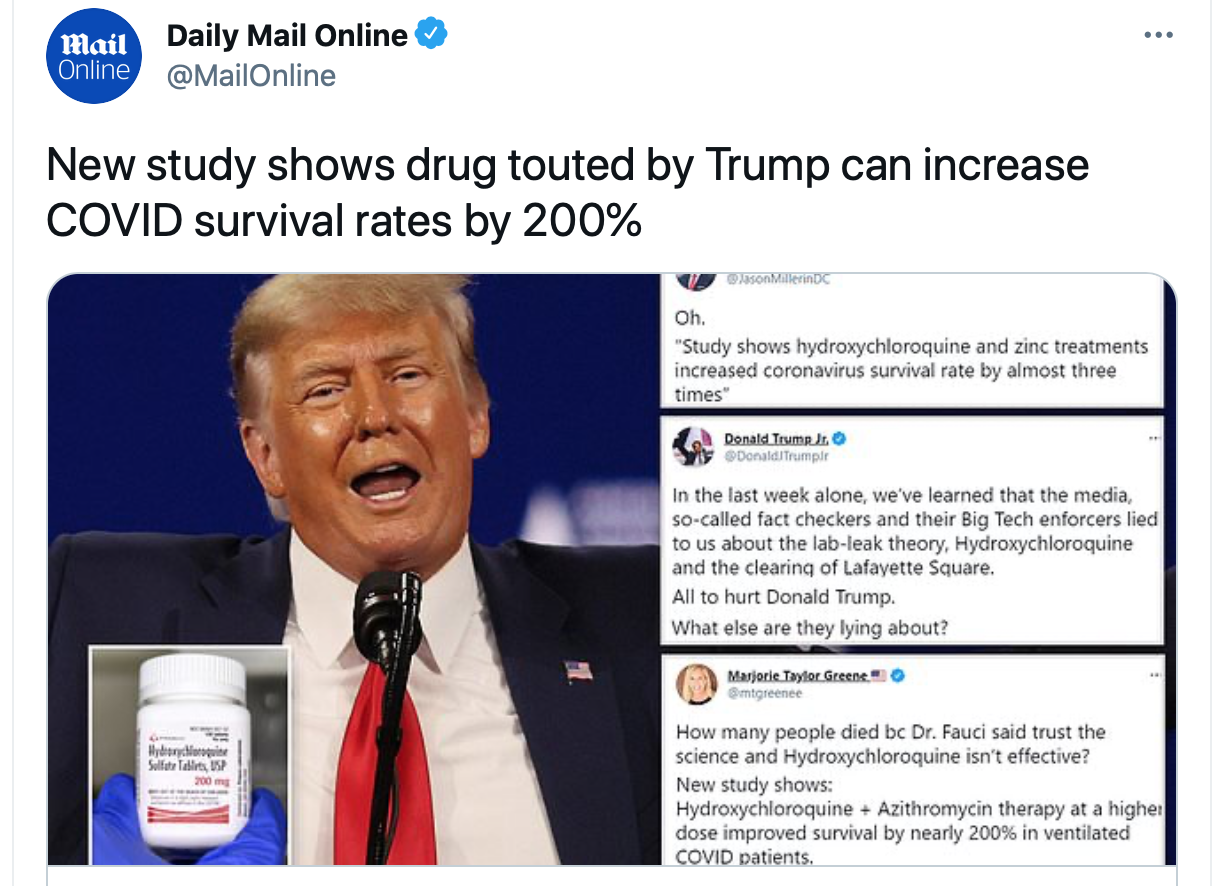 Was Trump right about hydroxychloroquine all along? New study shows drug touted by former president can increase COVID survival rates by 200%

Forcing people to get the jab? No way!

This nurse rather quit her job, her only source of income, than having herself injected with an untested, gene-altering drug cocktail:

Know one can force anything on a free American🤔. Wait, I’m going to be fired if I don’t take the jab🤬. Here’s an emergency room nurse who sees patients everyday with adverse effects who said, “NO WAY😲!” If it’s so great, why would they force you😤pic.twitter.com/XavrDRnsyS

A malaria drug which Donald Trump was condemned for hailing as a possible COVID-19 treatment can increase survival rates by up to 200 per cent, scientists say.

Scientists found that, when ventilated patients with a severe version of COVID were given high doses of hydroxychloroquine with zinc, their survival rates could increase dramatically.

Trump said in March 2020 he was taking it to prevent him catching the virus, rather than treat it. He did not become infected until October, and was not treated with the drug.

The former president had previously touted hydroxy as a potential miracle treatment, with scientists lining up to insist he was wrong to do so.

Yet Trump’s allies on Wednesday were highlighting the study, conducted by Saint Barnabas Medical Center in New Jersey on 255 patients.

It was published on May 31 on the medical site medRxiv. 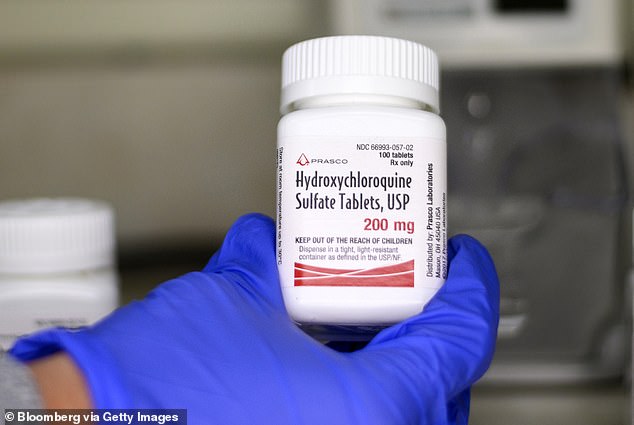 A new study, published on the medical site medRxiv on May 31, suggests that severely-ill patients on a ventilator could be helped in their COVID-19 battle by a high dose of hydroxychloroquine (above) and zinc – as promoted by Donald Trump