How many African welfare seekers can EUrabia absorb?

And yet, those who have crossed the Channel illegally demand more and threaten to riot if they don’t get it…

There’s gratitude for you! 😡

The number of illegal immigrants who have been reported as entering the UK after crossing the English Channel in small boats is 2.5 times the total that were reported crossing during the same period last year (4,735 versus 1,848). 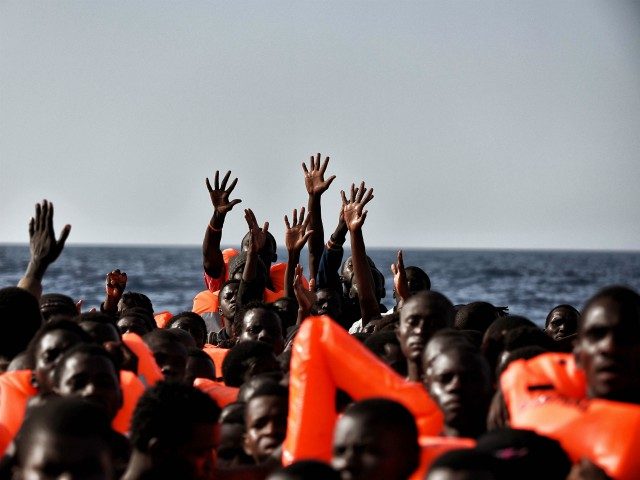 There have been no removals of illegal entrants to the safe European countries they traveled through since the start of the year (see our report).

We are the only think tank holding the government to account on this issue on behalf of the majority of the public who want immigration to be controlled (if you would like to make a donation to help our work, click here). Please also help us to hold the government to account by checking each reported incident below in Annex A. Our Tracking Station is unique in enabling you to do so. If you identify a discrepancy in the figures below please contact: admin@migrationwatchuk.org

A population the size of a town – 15,572 people – have been reported crossing to the UK illegally in small boats since 2018 started.

Immigration and asylum should lead Europe to speak with one voice. Yet difficult to imagine more discord and confusion. Three months after the drowning of 366 Eritreans in Lampedusa – sinking the Pope called a ” shame” for the EU – Twenty – Eight slow to find a collective response while being lifted fear of a flood of Syrian refugees .

Despite winter storms , the drama continues in the Sicily Channel . In the last 48 hours , rescuers saved more than a thousand migrants on board junks : Egyptians , Iraqis, Malians, Nigerians , Pakistanis , Somalis , Tunisians or Zambians. This is the Italian Navy which led patrols. Extensive monitoring ‘European’ imagined in the fall of Gibraltar to the Black Sea has not emerged.

The EU summit in December , dedicated to the issue, avoided an embarrassing confrontation between the 28 capitals. But the camera ended without concrete progress , nor to deploy naval resources nor the poisoned political asylum case. Paralysis and watches gap between Mediterranean Europe, first in line for the rescue, and the North , which says finally host the majority of refugees arrived in the EU .

It comes to muscle the European agency Frontex , which could further pooling national resources for the maritime and aerial surveillance of the Mediterranean. But the humanitarian concern collides with political reality : the EU seeks to block the road , rather than help or support . Old Continent , weighed down by unemployment, fear an influx of migrants and refugees, and public obsession weigh heavily in the European elections in May 2014. ” Four months before the election , no one intends to make too much noise, says one of the 28 heads of state. If uncontrolled immigration is needed in the country, everyone around the table will lose votes . ” In France , the United Kingdom or the Netherlands, the far right and the right part of the vein already operate . “This is a political bombshell , says a British diplomat . To defend the right of asylum, we must first maintain social consensus , that is to say curb abuses . ”

Make the crossing of the Mediterranean too easy , they say , it would encourage new vocations among smugglers as among illegal . The law of the sea and the law require a captain to rescue a ship in distress. This well understood by traffickers scuttle their overloaded close to the other shore boats, or to a vessel flying the European flag.

The ambiguity of the mission – save migrants without embolden – led to imagine other ways. The first would be to encourage boats to turn around and drive back the migrants as it is legally possible, closer to the coast boarding . This implies that the last country of transit lends a hand – what the Morocco – or accept the deployment of European buildings .

Europe , a fortress ? At sea, the game of cops and robbers can also turn into a tragedy . The idea of â€‹â€‹treating the problem earth faces other challenges. By definition , the exodus was born in troubled areas and war zones such as Sudan , Somalia and Syria today . As for the roads , they go through a destabilized North Africa . The method finds its showcase with Spain and Morocco, one of the few schemes left intact the Arab Spring. But it is more difficult to find strong partners in Libya , Tunisia or Egypt.

Third lever , the restoration of an asylum system ( and forced return) cracking at the seams waiting the summer of 2014 , after the European . Cyprus, Spain , Greece, Italy and Malta asking that the rule be changed which makes the country of disembarkation only competent to examine asylum applications in the EU. Angela Merkel , Hollande meet it is not question. Northern countries , too, face a flood , even if it is less visible on the Mediterranean migrants arrive as tourists a plane , train or bus . Germany, France , Sweden, the United Kingdom and Belgium last year and absorbed 70% of the 330,000 asylum seekers. And the movement is accelerating , according to Eurostat : more than 100,000 applications have soared nearly 50 % in the second quarter of 2013.