Election Fraud is an Issue that Will Not Go Away

An Explanation of Tactics to Fundamentally Transform America

America is now at a point where its free-market system, constitutional republic, Judeo-Christian values, and national sovereignty are seriously threatened. Moreby Janet Levy

The U.S. government is evolving into something horrifying

Our political process has evolved to a point where the concerns and well-being of individual people no longer count or are literally a distraction.  Gaining more power, privileges, and riches has become the Establishment’s overriding objective. 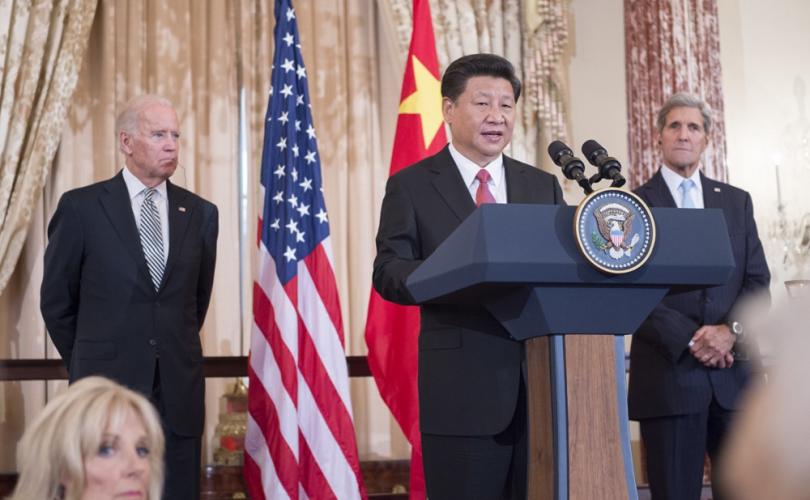 Editor’s Note: Canadian readers should note that their situation is no better and in some ways, as LifeSite has been reporting, even worse. A general state of lawlessness by governments at all levels throughout most of the nation, and abandonment of democratic process, calls for strong resistance by the citizenry in order to protect freedoms won at a high price in the past.

June 8, 2021 (American Thinker) – Today’s Democratic Party, aligned with certain associated power elites, is actively fighting a second American Revolution dedicated to overturning our original one, with the objective of imposing a Marxism-style political order upon our country.  Actively employing a totalitarian political model and methods similar to those utilized by the Chinese Communist Party, a cadre of elites in this country, including many in the business, media, academic, and celebrity worlds as well as many politicians across party lines, are working together in a highly orchestrated movement to achieve the goal of overthrowing our democratic form of government.

Overall, the key objectives of the current Democratic Party and the Biden administration, with the assistance of these elitist groups, is to undermine the foundations of our country as founded.  They are actively working to replace our political system with one that imposes upon the American people a government empowered to be involved in our lives to a degree that will eventually include dictating our personal thoughts and daily activities.  These groups work vigorously on an ongoing basis and in a coordinated fashion, attacking and devaluing our history, our democratic practices, and our traditions to place us behind a new American version of an Iron Curtain.

Objective political truth is becoming a rare commodity as the members of this increasingly powerful and disconnected elite, also known as the Establishment, attempt to increase their power by deception and distortion as well as by routinely circumventing the rule of law.  Our political process has evolved to a point where the concerns and well-being of individual people no longer count or are literally a distraction.  Gaining more power, privileges, and riches has become the Establishment’s overriding objective.

The Founding Fathers at the Constitutional Convention formulated a system of government based on the principles of checks and balances.  They were wary of the potential for a growth of the concentration and permanence of power in the hands of an elite.  They fully understood the destructive nature of a tyranny and how it could develop or be avoided.

Revolutions occur at many different types of inflection points in the histories of various countries.  Intolerable oppression experienced by a nation’s people, failed leadership, the extreme lack of economic opportunity available for the masses, and extremely unpopular wars are important causes from the past.  It can be emphatically stated that none of these conditions existed in the United States as we began 2020.

The truth was that at that time, the outlook for America’s political and economic prospects were running extraordinarily high, driven primarily by the success of President Trump’s America First policies.  It was an election year; Trump was ascendant; China was on the ropes, losing both the tariffs and trade wars — and then America and the world suddenly caught a virus.

A highly ruthless and committed movement driven by deception and an organized plan was set in motion to win the November 3, 2020 election by any means necessary, including possibly releasing or at a minimum deliberately spreading the COVID-19 virus around the world, starting either in late 2019 or early 2020.  After its introduction, a comprehensive campaign was waged to weaponize and promote the public’s fear of COVID-19.  As the pandemic raged, the parties opposing President Trump ratcheted up the stakes by demonstrating their willingness to sacrifice people’s lives and inflicting all kinds of collateral damage on fundamental American institutions and our economy for the primary purpose of political gain.

An American government seemingly in partnership with the Chinese Communist Party (CCP) was born, inflicting without any compunction the destruction of the lives, health, welfare, and livelihoods of a great number of fellow Americans.  The Democrats and their allies waged an operation turning the COVID health crisis on its head by deliberately acting to make conditions worse in order to gain political advantage.  The direct result was to cause numerous unnecessary deaths and much suffering.

Several moves were made to place our citizens in harm’s way of the COVID virus and its side effects with little regard for the loss of innocent people’s lives in nursing homes.  On the streets of our major cities, crime soared while police forces were defunded.  We all witnessed on a daily basis Antifa and BLM deployed and acting with impunity to actively intimidate any potential opposition with the use of violence.  Open borders policies in addition to support for sanctuary cities caused additional lawlessness.

Cancel culture tactics were used to destroy any person who spoke out or acted in any fashion to criticize the left’s response to the crisis.  On the health front, a major fight to discredit and deny the use of potential therapeutics to fight the COVID-19 pandemic in our doctors’ offices and hospitals caused unnecessary deaths, suffering, and longer-term side-effects of the virus.

As 2020 unfolded, this movement worked to legitimize the need for mail-in voting by advocating measures to lock down America and continue to keep our country virtually closed as we reached November.  Their overall aim was to stuff the ballot boxes with enough mail-in ballots for the purpose of changing the electoral count on and around Election Day to ensure a Biden win.

As the illegitimate winner of the 2020 election, Joe Biden was inaugurated on January 20.  In January, a totalitarian-style regime with many of its political appointees with past or ongoing connections to the Chinese Communist Party (CCP), complete with a figurehead — Joe Biden — was installed in office.  He is also compromised with his history of family associations with the CCP.  The new regime moved quickly ahead at an accelerated pace, utilizing multiple executive orders and sending a series of radical proposals for approval by a Democrat-controlled Congress.  Their objectives are to subvert the American way of life, impose upon America a Marxist agenda, and move our country rapidly from COVID to communism.

Quite alarming is the emerging unholy alliance of various monopolies in Big Government, Big Business, and the media, wielding increased power and seeking to impose all-embracing cradle-to-grave control over American citizens.  They seemingly lack any degree of interest in our welfare; our quality of life; or as they continue to demonstrate with their ongoing response to COVID-19, whether we live, suffer, or die.

The demand for increased obedience to the new emerging Marxist-style political order is on the horizon as this movement presses ahead focused on implementing their extreme left-wing agenda while these elites grow increasingly unaccountable for their evil actions.  We are witnessing a rapid metamorphosis away from what was traditionally a civil society based on our Constitution and the rule of law and primacy of the individual in American life to something quite different.  The government is indeed metastasizing right before our eyes.

Published with permission from the American Thinker.

We are witnessing the ever-increasing encroachment of government into the lives of the American people. We have to make a stand for freedom. We must draw a line in the sand and that line is the Constitution in its original intent.
The Constitution of the United States of America is a charter to protect the freedom of man by putting strict limits on government. We are living in a day when that supreme law of the land has been shredded by the very government that took an oath to uphold it. By their actions, the Federal Government has become lawless and stalks the liberties of this land under the guise of social justice.
.
Social justice = collectivism, communism.
If we don’t stop it, we end up in a communist dictatorship.

3 thoughts on “The U.S. government is evolving into something horrifying”