Kabul today is starting to look like Saigon in 1975 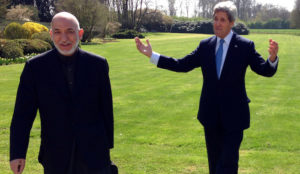 The long-predicted return to power of the Taliban appears imminent. Former Afghanistan president Hamid Karzai knows who is responsible for the catastrophe: no, not himself and his corrupt government, but his American patrons.

China “to fill a vacuum

American diplomats negotiated an agreement with the Taliban and the legitimate government of Afghanistan last year that required the Taliban not to attack American forces or harbor foreign terrorist organizations in exchange for U.S. troops to fully leave the country by May 1, 2021. President Joe Biden broke the provisions of the agreement in April, announcing instead that American soldiers would maintain their presence through September 11, 2001. On Thursday, Biden again changed the date to August 31, 2021.

All treaties with infidels are null & void.

A Taliban spokesturd vowed not to help a Uyghur terrorist group “most experts believe does not actually exist.”

Those very same “experts” would tell you that the MuBro’s are “largely secular”, that the war conducted against Libya was just “kinetic action” and that the Taliban, per se, are “not our enemies”. 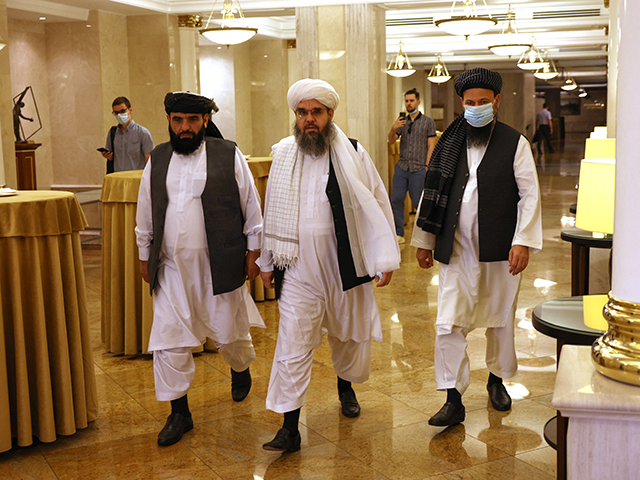 A Taliban spokesman told an Asian magazine this week that the jihadist organization considers China a “friend” that it “welcomes” to do business in Afghanistan, and vowed not to help a Uyghur terrorist group most experts believe does not actually exist.

Suhail Shaheen, part of the Taliban’s peace negotiation team, made the remarks in an interview published Wednesday in This Week in Asia, a magazine affiliated with Hong Kong’s South China Morning Post. China’s state-run Global Times propaganda newspaper responded to the comments on Friday by noting they “attracted the attention of many Chinese people” and that China would not “go to Afghanistan to fill the vacuum left by the U.S. troops’ withdrawal.” 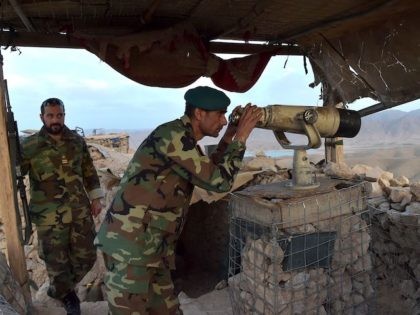 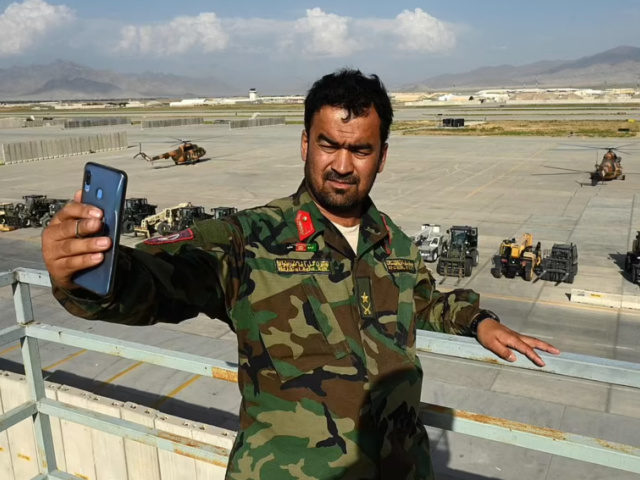 Afghanistan shares a border with China – specifically China’s Xinjiang province, where it has been engaging in a genocide of Muslim ethnic minorities since at least 2017. The Communist Party is believed to have imprisoned as many as 3 million Muslims in concentration camps there, subjecting them to gang rape, torture, live organ harvesting, and slavery, among other atrocities.

Despite being an Islamic supremacist group, the Taliban described China as a “friend” on Wednesday.

“We have been to China many times and we have good relations with them,” Suhail, the Taliban spokesman, told This Week in Asia. “China is a friendly country that we welcome for reconstruction and developing Afghanistan.”

Suhail said the Taliban hope China will invest in Afghanistan “as soon as possible” and that the safety of Chinese businessmen and politicians in Afghanistan was “very important” to the terrorist group.

Suhail also made a point to say that the Taliban would not allow the presence of the East Turkestan Islamic Movement (ETIM) in the country. The Chinese Communist Party describes ETIM as a Uyghur jihadist organization and has claimed that some Uyghurs with ties to the group joined the Islamic State at the height of its “caliphate” in 2015. The United States removed ETIM from its list of foreign terrorist organizations last year on the grounds that no evidence supports claims that it exists at all.

Suhail did not comment on the Chinese concentration camps for Muslims, whose existence is corroborated by years of evidence presented by eyewitnesses, foreign governments, and human rights organizations. China does not deny their existence, but claims they are “vocational training centers” and survivors of torture who have confronted this lie are all “actors.”

A partnership with the Taliban, or whichever faction becomes the ruling government of Afghanistan, could be extremely lucrative for China as Afghanistan “has the world’s largest unexploited reserves of copper, coal, iron, gas, cobalt, mercury, gold, lithium and thorium, valued at over US$1 trillion,” the South China Morning Post noted. China has previously expressed interest in Afghanistan for its large rare earth mineral deposits and its location – right in the middle of the path of Beijing’s Belt and Road Initiative (BRI), a global infrastructure plan theoretically meant to connect eastern China to Western Europe.

“After 20 years of war and turmoil, the Afghan government and the Taliban both regard China as a friend. It can be said with certainty that the whole of Afghanistan regards China as a friend,” the propaganda newspaper asserted. “This provides a good foundation for China to play a positive role in Afghanistan’s situation in the future. … However, we believe that China will use its influence very carefully. China will not go to Afghanistan to fill the vacuum left by the US troops’ withdrawal.”

“We will never dominate Afghanistan,” the Times vowed on behalf of its owner regime.

The Chinese Foreign Ministry echoed sentiments of interest in taking on a greater role in Afghanistan on Friday. Spokesman Wang Wenbin first took the opportunity to condemn the United States for its “hasty” exit from the country – after 20 years – and for allegedly leaving “a mess and turmoil to the Afghan people and regional countries.”

“As a friendly close neighbor of Afghanistan, China always supports the Afghan people in safeguarding their national sovereignty, independence and territorial integrity and taking national destiny into their own hands,” Wang said. “China always follows the ‘Afghan-owned and Afghan-led’ principle and strives to promote the political settlement of the Afghan issue.”