The death of a Michigan teen after he received a COVID-19 vaccine is being investigated by the Centers for Disease Control and Prevention in Atlanta, a spokeswoman for the agency told The Detroit News on Friday. 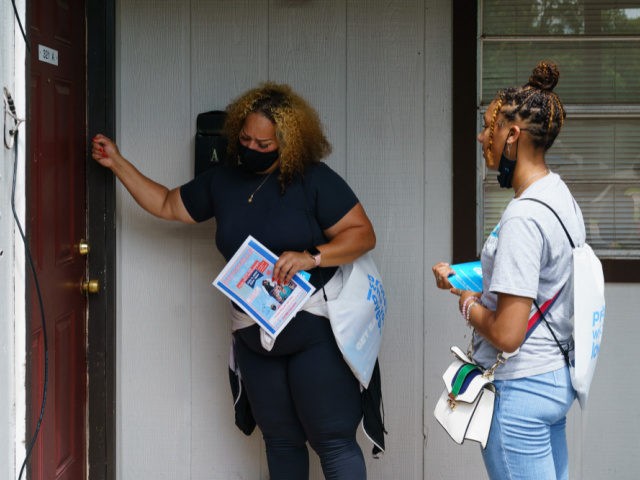 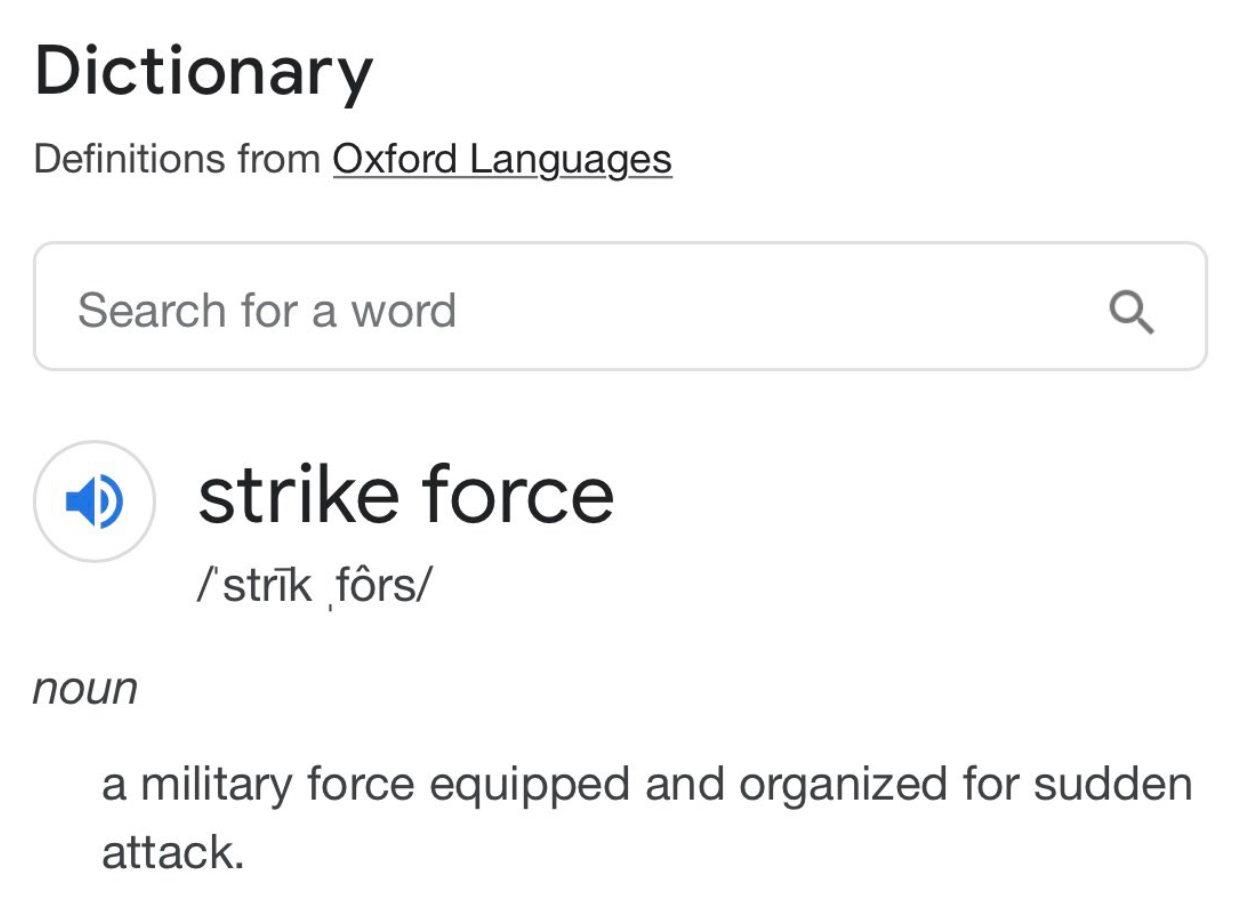 In the Chinese Cultural Revolution, thugs went door to door, searching homes for any belongings that might qualify as politically incorrect by reminding people of pre-communist China. The Red Guard beat people in addition to confiscating or destroying their property, but at least they didn’t bully anyone into taking an experimental vaccine that has already been taken by everyone who wants it. 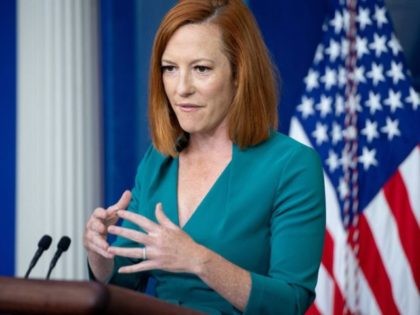 The Biden regime announced on Tuesday that they have launched so-called “strike forces” to go into local communities to assist with vaccination efforts that the administration said would be “door-to-door.”

Here We Go: Scientists Claim “Lambda” Variant May Be Resistant to Covid-19 Vaccines

The term “door-to-door” in the context of an aggressive leftist government will raise the hair on the neck of anyone who treasures freedom.

Getting the jab is probably a reasonable risk for a lot of people. For children and those who have already had Covid, it makes zero sense. In any case, a vaccine is available. If this is still anything like a free country, it is up to us whether we want it.

By the way, herd immunity has been canceled. Getting people injected is now an end in itself:

PSAKI: "Our work doesn't stop there and we are going to continue to press to get 12-18-year olds vaccinated… that's one of the reasons why we initiated these strike forces" pic.twitter.com/Hu625lXc5t

Maybe the idea is to get us used to the feds going door to door, for when the big gun grab comes. Progress cannot progress beyond a certain point so long as citizens can still defend themselves.

Director of Culture, Prosperity, and Civil Society PR Peter Kurti says authorities globally have been very heavy-handed in ensuring the public complies with health orders, reminiscent of “totalitarian regimes”. “Freedom of religious practice; freedom to worship, is actually a very important freedom we value… whilst it’s important to understand the epidemiological aspect of this… the police have been very heavy-handed in many parts of the world, including in the early days in parts of Australia,” he said. “People come to worship and gather in good faith and then to have the police turn up and say they’re breaking the law does smack somewhat, of totalitarian regimes.” 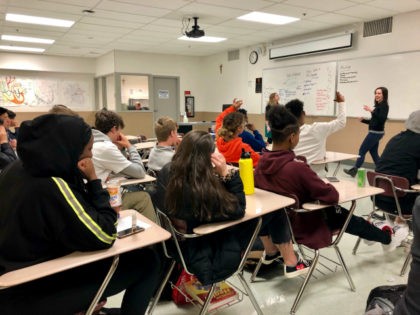 Tucker Carlson Slams Politicization of Chauvin Verdict — ‘This Is Grotesque, It Is a Cult, Obviously’

Tuesday, FNC’s Tucker Carlson opened his show with his reaction to the announcement of a three-count guilty verdict for former Minneapolis police officer Derek Chauvin.

The Fox News host took issue with Democrats’ use of the trial to advance their own political cause, which he argued interfered with the court case.

CARLSON: So there was a political context around this trial, politics shouldn’t have any effect on any trial. Again, that’s antithetical to what justice is, but they did intrude at every level of this case.

We’ll tell you how.

After the verdict, Joe Biden declared that systemic racism is a stain on this country’s soul.

JOE BIDEN (D), PRESIDENT OF THE UNITED STATES: A jury in Minnesota found former Minneapolis police officer Derek Chauvin guilty on all counts in the murder of George Floyd last May.

It was a murder in the full light of day and it ripped the blinders off for the whole world to see the systemic racism the Vice President just referred to. This systemic racism as a stain on our nation’s soul, the knee on the neck of justice for black Americans.

Enough. Enough of these senseless killings. Today, today’s verdict is a step forward.

CARLSON: Systemic racism, a term that neither Joe Biden nor anyone else who uses it has ever defined with any precision whatsoever. But more striking is Biden’s posture. You’d think he would be excited by this.

Just this morning, as the jury was still deliberating, the President of the United States said he was praying for a guilty verdict.

BIDEN: I’m praying the verdict is the right verdict. I think it’s overwhelming in my view. I wouldn’t say that but the jury was sequestered now, and now you hear me say that.

CARLSON: When was the last time a sitting President weighed in on a jury decision before it was made? Answer — never.

The White House was asked about this just a few hours later and pretended that Joe Biden hadn’t actually said what he actually said.

QUESTION: You’re not able to clarify what is overwhelming, the evidence or case presented by the prosecution?

JEN PSAKI, WHITE HOUSE PRESS SECRETARY: We’re not going to get ahead of the outcome. I expect when there is a verdict, he will have more to say.

QUESTION: The President has talked about the importance of an independent judiciary. Why is it appropriate for him to weigh in on the verdict, even though the jury is still deliberating?

PSAKI: I wouldn’t think — I don’t think he would see it as weighing in on the verdict. He was conveying what many people are feeling across the country.

CARLSON: Yes, he was just conveying what many people are feeling. He wasn’t weighing in as the single most powerful man in the world on a jury verdict that hadn’t been reached yet. He didn’t say what you saw him say.

If that sounds like a familiar defense, it is exactly what Maxine Waters and her defenders throughout Washington are using today, after Waters threatened a jury with violence if it didn’t find a guilty verdict.

REP. MAXINE WATERS (D-CA): You’ve got to not only stay in the streets, but we’ve got to fight for justice.

I don’t know whether it is in the first degree, but as far as I’m concerned, it is first-degree murder.

CARLSON: So there’s a reason police were all over the streets in cities across the country last night and it is that, it is the threat of violence, and Maxine Waters threatened violence before the jury had even begun to consider the facts of the case. That’s so far over the line that we read some Democrats were shocked by it, and yet no one condemned it.

That includes the President, and that includes the most powerful people in the Democratic Party, Speaker of the House Nancy Pelosi, Steny Hoyer of Maryland. They came out in support of Maxine Waters.

YAMICHE ALCINDOR, JOURNALIST: Representative Waters, as you said, clarified, she said, my actual words don’t matter. I wonder why the White House isn’t also coming to the defense of Representative Waters given the fact that she is now facing an onslaught of attacks, especially by I would say Republicans.

I wonder why the White House isn’t saying we back what she said about being confrontational. She was obviously not threatening violence.

PSAKI: Well, she could — she also clarified her own remarks, Yamiche and I think that’s the most powerful piece to point to.

CARLSON: That lady works for you. She literally works for public television and there she is ardently flacking for lunatic Maxine Waters at the White House press briefing.

And our leaders haven’t always talked like they’re seized by religious fervor. Here was the Speaker of the House today, thanking George Floyd because he died in order to make the Democratic Party more powerful, for his sacrifice, she said. Watch this.

REP. NANCY PELOSI (D-CA): Thank you, George Floyd, for sacrificing your life for justice. Because of you, and because of thousands, millions of people around the world who came out for justice, your name will always be synonymous with justice.

CARLSON: So the guy dies on the sidewalk and here, this lady comes out and politicizes it so completely that he becomes sort of a Democratic Party saint, “Thank you for your sacrifice.” This is grotesque, it is a cult, obviously.

But what does it mean for the rest of us who have to live here under the leadership of people like that?

The agenda is obvious enough for those with a brain cell. Collapse society to end America as founded and reconstruct in the socialist, totalitarian model. The DELIBERATELY SHARED Covid virus from their ruthless Communist China political cousins was a game-changing accelerant to their process.

Fentanyl Floyd and Chauvin are nothing more than pawns in the bigger game.

“Guilty on all counts” was no sooner declared to appease the violent Leftist mob, then they all including our POTUS sock puppet waited a nanosecond before, “What have you done for us lately?!” and moving onto the next target.

Rinse and repeat until America as founded is no more. The Ruling Elitist Oligarchy and the race-baiting class keep getting richer and more powerful. Citizen welfare goes straight down the toilet, but no matter to the connected elites and their cronies.

As it is always and everywhere with socialism / communism / totalitarianism…whichever label you prefer.

This is so similar to the Bolshevik revolution in Russia in 1917.