No one believes the lame-stream media any longer. The virus and vaccine have been politicized mainly to steal the election and now to control the country. Thankfully half the country is smart enough to question the validity and safety of this “vaccine.

There is something really creepy about an illegally elected government threateningly pushing a vaccine on the population – for a virus with about a 99.9% survival rate. Very creepy. Very Communist.

But since then new daily 🦠 in 🇬🇧 increased from 23/million to 699/million.

The belief that rolling out the 💉 to catch up to 🇬🇧 is the path to ‘covid zero’ is the greatest mass delusion in our history pic.twitter.com/gd0VezlJ44 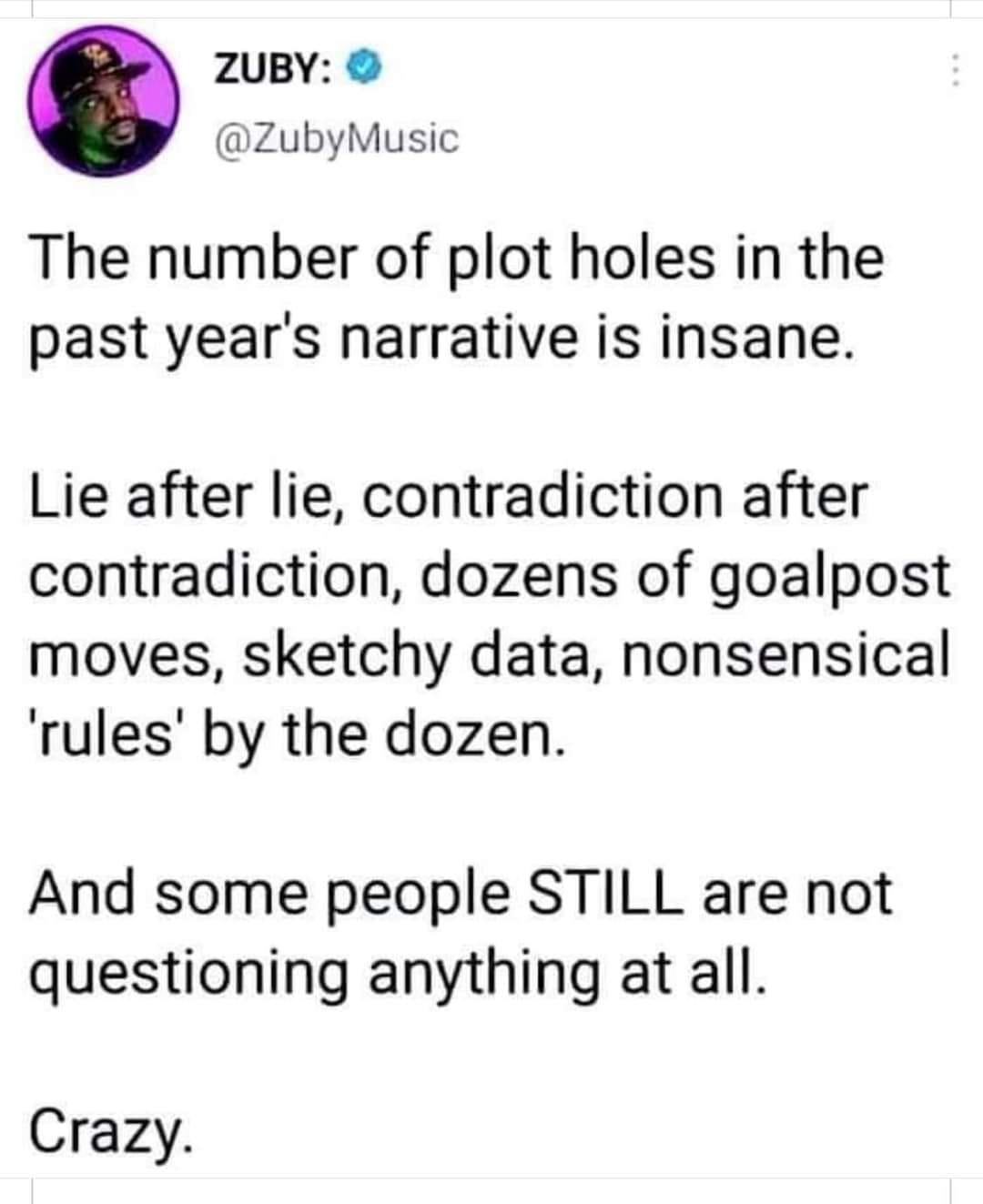