~ This day have I perfected your religion for you! ~ al-Ma’idah, Verse 3 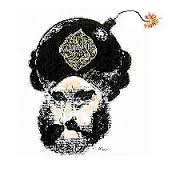 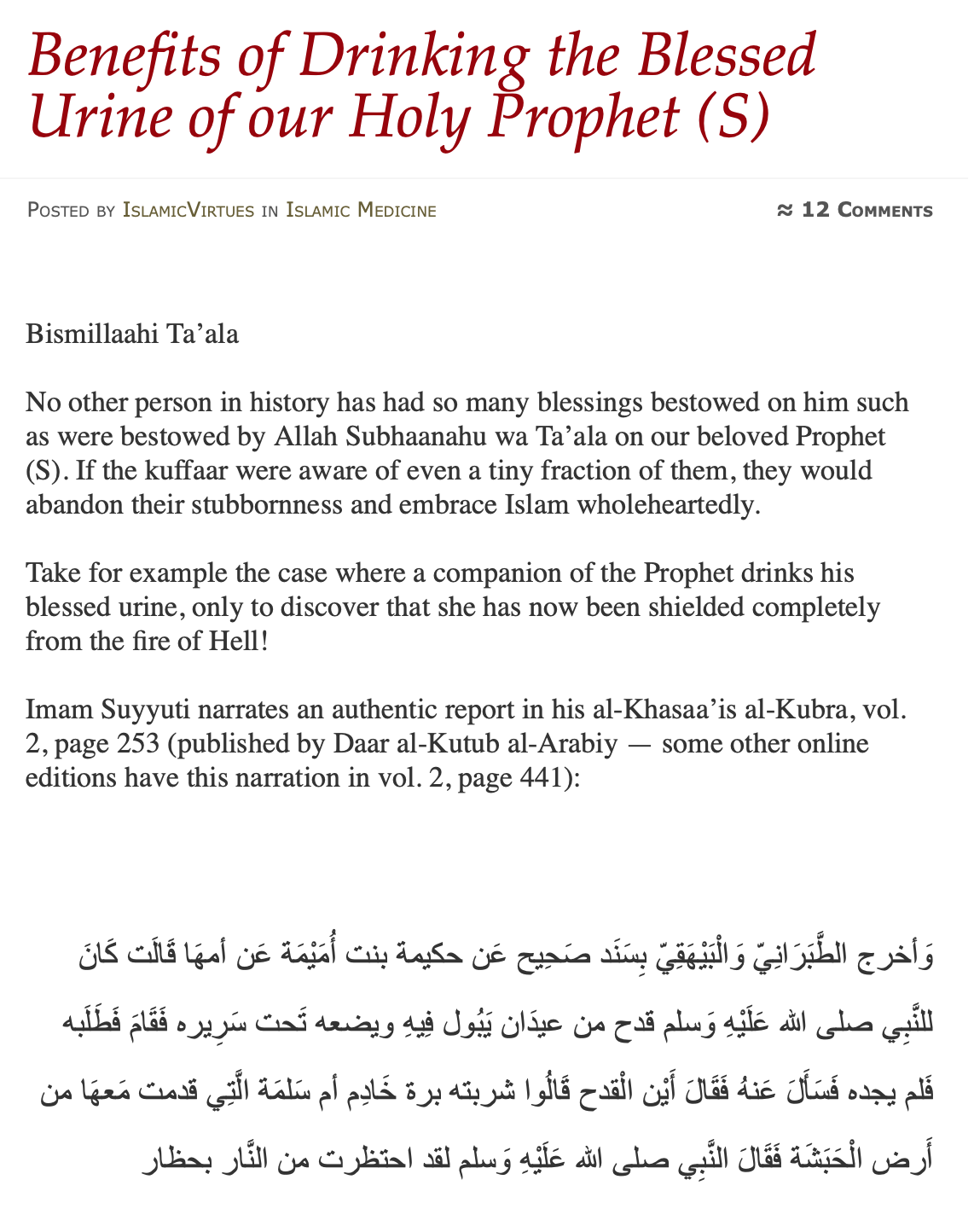 And Tabarani and Bayhaqi narrated with an authentic chain of transmissionfrom Hukaymah daughter of Umaymah from her mother (Umaymah) who said, the Prophet (May Allah bless him and grant him peace) had a wooden bowl in which He used to urinate which was placed under his bed. One night he searched for it but did not find it and asked for it saying, “Where is the bowl?” The members of the house replied “Barrah, the slave girl of Umm Salamah, drank it.” (Barrah had come with Umm Salamah from Habashah with her.)

.
The Prophet (S) replied, “Surely she has protected herself from the fire with a great wall!”

Note: This narration can also be found in Majma’ al-Zawa’id of Imam Haythami and other books as well. For a detailed analysis of the sources of this hadith and its authentication by the scholars of our Ummah, please see the following post by brother Munawwar Rizvi: http://scholarspen.blogspot.ca/2005/05/prophets-urine_10.html

Keep in mind that this was not an isolated incident. As pointed out in the article by brother Munawwar:

Imam Abu Nu’aym narrates the practice of Anas RA, with his chain, who said: ‘The Messenger of Allah used to pray salah at his house and made it long. Once, He SAW urinated in the well, which was situated inside the house. Anas said: ‘there was no well in Madinah which tasted more cool and sweet than it’. He said: ‘when the sahabah come to my house I serve them with the sweet water of that well. In the era of jahiliyyah it was known as al-Barud, ‘the cool well’’’.

How fortunate and blessed were the companions of the Prophet (S) who could secure their place in Heaven by drinking our Prophet’s blessed urine!

Indeed as the Glorious Qur’an states: “Then which of the favours of your Lord will ye deny?” (Surah ar-Rahmaan)

So without doubt our Ummah is in complete agreement with the statement of Sayyid Muhammad al-Yaqubi who stated in London a few years ago that “I wish I was His urine which passed out of Him; pure and a cure.”

To conclude, I’ll leave you with this statement from the scholar, mystic and exegete, Isma’eel Haqqi al-Barusi who says in His exegesis of the Qur’an titled ‘Rooh al-Bayan’: “His noble hair is from the vegetation of Paradise, his saliva is from the honey of Paradise, and His urine, as some of our wise men say, is the water of Paradise.”
http://scholarspen.blogspot.ca/2005/05/prophets-urine_10.html

I’m sure our entire Ummah thirsts for this heavenly drink as much as I do.

One thought on “Not only camel urine…. the ‘benefits of drinking the blessed urine of our holy prophet’”