Spooky Dude is financing the collapse of America by corrupting college education. 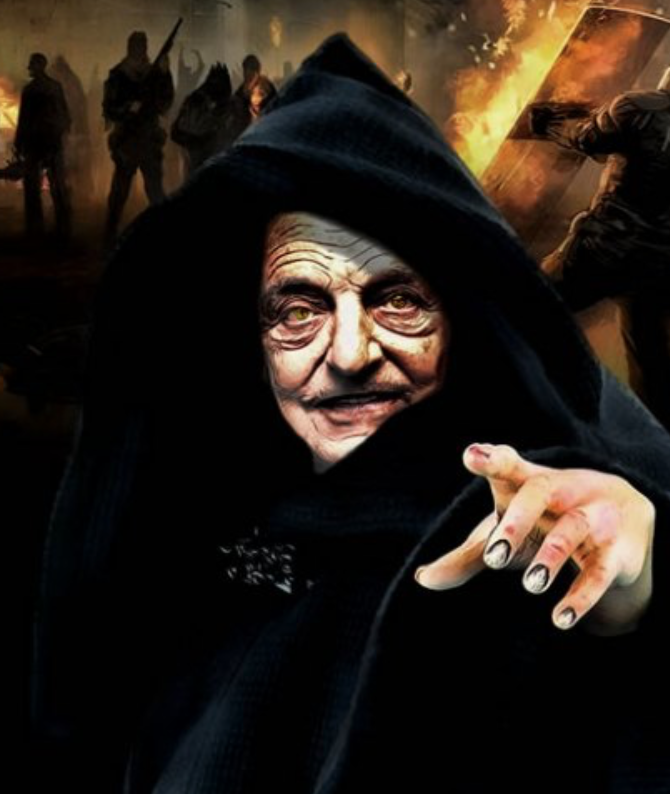 The class is part of the school’s Hate Studies Initiative.

A New York liberal arts college that was the recipient of a $500 million endowment from liberal billionaire George Soros earlier this year is offering a course this fall on how to “sell” the abolition of prisons.

The “Abolishing Prisons and the Police” class being offered at Bard College will teach students how to “‘sell'” abolition to the masses and design a multi-media ad campaign to make prison abolition go viral,” according to a course description. The course was first reported by Campus Reform, which covers liberal biases on college campuses. 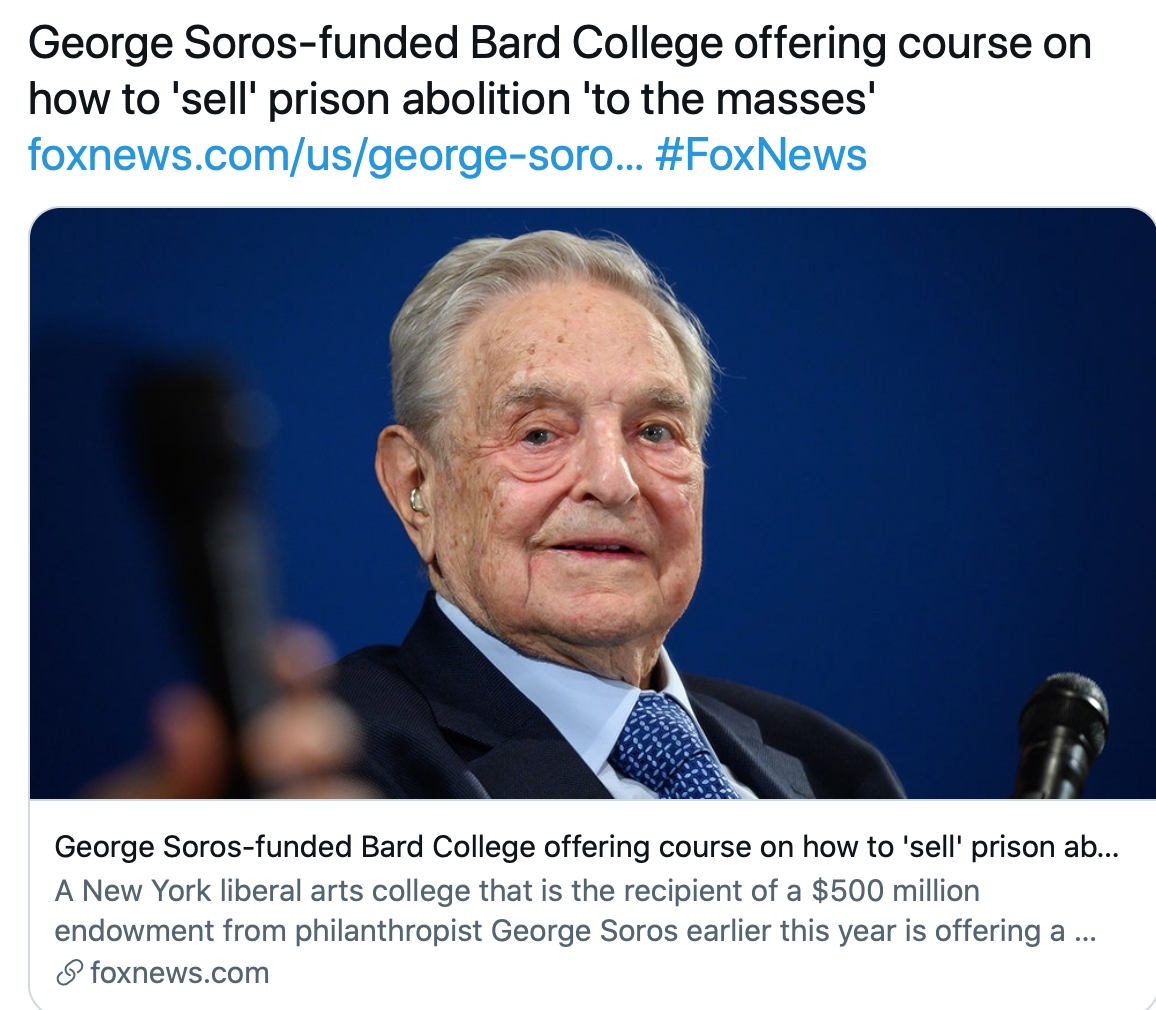 Pro-Nazi George Soros, is a criminal who has made billions overthrowing govt's & collapsing economies. Yet he's still in America?

Hungary is the ONLY country Fighting Soros!

They even passed the "Stop Soros Law" which criminalizes the promotion & support of illegal immigration pic.twitter.com/hnR1oy5Zo2

Orbán slammed the left; “A Liberal is nothing more than a Communist with a degree” & declared Hungary First

“This course explores what’s to be gained, lost and what we can’t imagine about a world without prisons. Through the figure of abolition (a phenomenon we will explore via movements to end slavery, the death penalty, abortion, gay conversion therapy and more) we will explore how and why groups of Americans have sought to bring an absolute end to sources of human suffering,” the description reads.

“In turn, we will explore a history of the punitive impulse in American social policy and seek to discern means of intervening against it,” the description continues. “Finally, on the specific question of prison abolition, we will think through how to ‘sell’ abolition to the masses and design a multi-media ad campaign to make prison abolition go viral.”

The class is part of the school’s Hate Studies Initiative.

“Bard College is attempting to do with prison abolition the exact same thing colleges did with the defund the police movement: Take a radical idea, plant it on college campuses, and then weaponize young adults to push it into the mainstream. Bard College, like so many schools before it, is becoming the public relations department for far-left fringe concepts,” Campus Reform Fellow Angela Morabito told Fox News.

The abolition course will be taught by professor Kwame Holmes, who tweeted last year that people should “reach out to five neighbors and create a pact amongst yourselves to call each other before you call the police” days after the death of George Floyd. “And then, together, expand that circle to 10. Small, profoundly difficult work that could transform the entire world.”

In a July 1, 2020 op-ed titled “Why Abolish the Police?” Holmes cited alternatives to the police, such as neighborhood “pods” that would “create intentional agreements around safety.”

“Pod members may choose to pool resources to replace stolen property, to engage in rideshares if a car is vandalized, to supply food if someone is injured in a violent attack,” he wrote. “Participants may agree to not call the police, refusing to absolve themselves of the responsibility to resolve conflict amongst themselves.”

Fox News has reached out to Bard College but has not heard back.