CNN Doctor: The Biden Admin Should Tell Americans: ‘If You Don’t Get the Jab, You Have to Sign These Forms and Get Twice Weekly Testing’ (VIDEO) 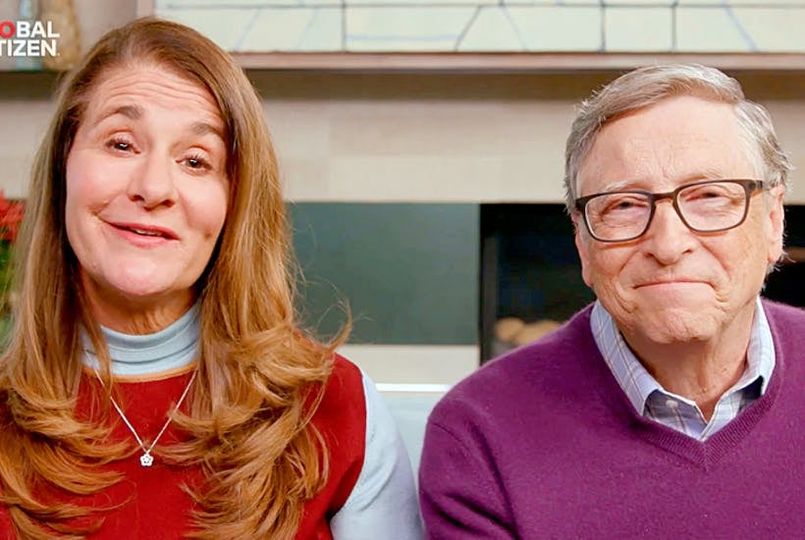 It’s been a bad week for New South Wales Premier Gladys Berejiklian whose support has plummeted after revealing that behind her good girl mask she’s just another Nurse Ratched keeping us imprisoned in the lunatic asylum that is Australia in 2021. The Delta virus is ten times less deadly than the flu to Australians under 65, even unvaccinated, but who cares when the majority of Australians imagine that there is a 38 per cent chance they will die if they catch Covid. The fear factor is crucial. Who would line up for a potentially dangerous experimental vaccine of dubious efficacy if it weren’t presented as the only way out of the cuckoo’s nest in which we are held indefinitely at the government’s pleasure.
.
But it’s been a great week for Big Vax. The news from Israel that the Pfizer vaccine is only 64 per cent effective might be disappointing if you are a fully vaccinated Israeli hoping you can forget about catching Covid, but it’s a great shot in the arm for Pfizer. The declining efficacy of the jab has prompted talk around the world of a third dose. 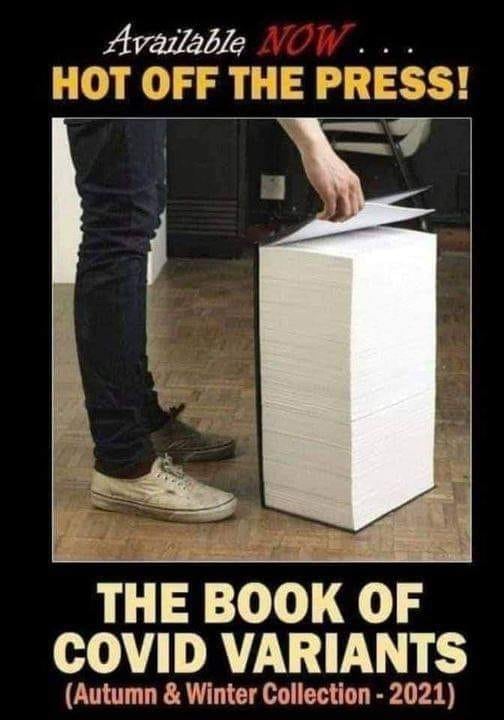 Immunologists had predicted that the immunity conferred by the new mRNA vaccines might not last long because they don’t generate T helper cells crucial in the formation of longterm immunity. As early as February, when Pfizer was crowing about vaccine efficacy of 95 per cent, Pfizer CEO Albert Bourla was studying boosters. After all, there’s no revenue stream in a one-shot vaccine that protects you for a lifetime.
.
At the same time, Dr Peter Doshi, an editor of the British Medical Journal, was raising the alarm concerning the data provided by Pfizer about their trial. Pfizer calculated its vaccine efficacy based on only 170 PCR-confirmed cases of Covid excluding 3,410 cases of suspected, but unconfirmed Covid-19. If these suspected cases were all Covid it would give the vaccine an efficacy of only 19 per cent. Yet the inability of Pfizer to be able to confirm in its trial whether participants did or didn’t catch Covid didn’t bother the regulators in the US, Australia or anywhere else. It was granted emergency use authorisation.
That was great news for the Bill and Melinda Gates Foundation, which had injected a modest $55 million into Pfizer’s vaccine partner BioNTech in September 2019 and has seen that turn into $550 million. In September 2019, Sars-Cov-2’s spike protein was perfectly adapted to unlock human ACE2 receptors but had not yet infected patient zero. Yet the Foundation’s strategic investment in BioNTech would allow it to get new additional programs in its infectious disease portfolio. As soon as the Wuhan Institute of Virology announced the genome of the new virus, it started working on a vaccine.
.
The prospect of booster shots is a welcome development for Moderna too. It expects to make more than $17 billion in revenue this year out of its mRNA vaccines but analysts were worried how long sales would last as the market for first and second doses in rich countries was shrinking and the dismal prospect of having to sell vaccines in developing countries is far less appetising as prices are lower. As one put it, ‘the company’s prospects rely heavily on booster shots aimed at providing extra protection should immunity from the initial round of vaccinations fade, as many expect’.
.
Good news for Moderna is good news for the National Institutes of Health (NIH) where Dr Anthony Fauci works. It signed a contract in December 2019 that gives it joint ownership of the mRNA coronavirus vaccine candidates that are developed. Four scientists at the NIH developed the spike protein that the vaccines use and have applied for patents on their work.
The Bill and Melinda Gates Foundation also invested in Vir Biotechnology which successfully developed a monoclonal antibody with GlaxoSmithKline, Sotrovimab, which received an emergency use authorisation (EUA) from the US Food and Drug Administration (FDA) in late May. That’s based on a trial of only 868 patients and despite serious safety warnings.
.
All these emergency use authorisations are only possible because there is no authorised effective treatment for Covid-19. If there were, the number of cases and fatalities would have dramatically fallen and experimental drugs and vaccines would have to go through more stringent safety trials.
.
Perhaps this explains why the FDA has said there is insufficient evidence to grant an EUA to ivermectin after 61 trials on 22,425 patients including 32 randomised controlled trials showing an 85 per cent improvement in 14 prophylaxis trials and 74 per cent improvement in 26 early treatment trials and positive peer-reviewed studies in the American Journal of Therapeutics.
.
Indeed, even though it was established through peer-reviewed studies at the NIH that hydroxychloroquine (HCQ) was an effective treatment for Sars1, Fauci’s NIAID cancelled the first large-scale trial of HCQ treatment in early disease.
The World Health Organisation has also played its part discrediting early treatment. Why? It’s called the Bill Chill. Some billionaires buy an island. Gates donates to the WHO instead and uses his largesse to advance his Big Vax agenda. The Gates Foundation is the second largest donor to the WHO after the US government and provides almost 10 per cent of its budget.
.
Sir Jeremy Farrar, the director of the Wellcome Trust and Chair of the World Health Organisation’s R&D Blueprint Scientific Advisory Group had oversight of the WHO’s Solidarity trial of HCQ which allegedly used toxically high doses too late in the disease to discredit early treatment with HCQ. GAVI, the Vaccine Alliance set up by the Gates Foundation, which has given it $4 billion, is paying to boost articles online which are critical of ivermectin.
.
Here in Australia, Jane Halton, appointed to the executive board of the Australian National Covid-19 Coordination Commission in March 2020 is the chair of CEPI, an alliance to finance and coordinate the development of new vaccines which was founded and funded by the Gates Foundation, Wellcome, and the World Economic Forum amongst others.
.
The combination of fading vaccine immunity and an ever-expanding alphabet soup of variants, translating into annual booster shots, is just what Big Vax ordered. When Delta is dealt with, along comes Lambda. Each new variant is generated by the evolutionary pressure on the virus posed by vaccines that don’t prevent transmission and thus encourage escape. Once we’ve gone from Alpha to Omega perhaps we can start naming the variants after those who’ve done so much to turn the virus and the variants into a global phenomenon — Xi, Fauci, Bill Gates and the WHO.
Getty Images

One thought on “The Big Bill Chill: On vaccines, variants and ivermectin”