The coppers are a disgrace. They should be shunned by all decent Australians. Their only purpose is to protect the ruling class from the people. 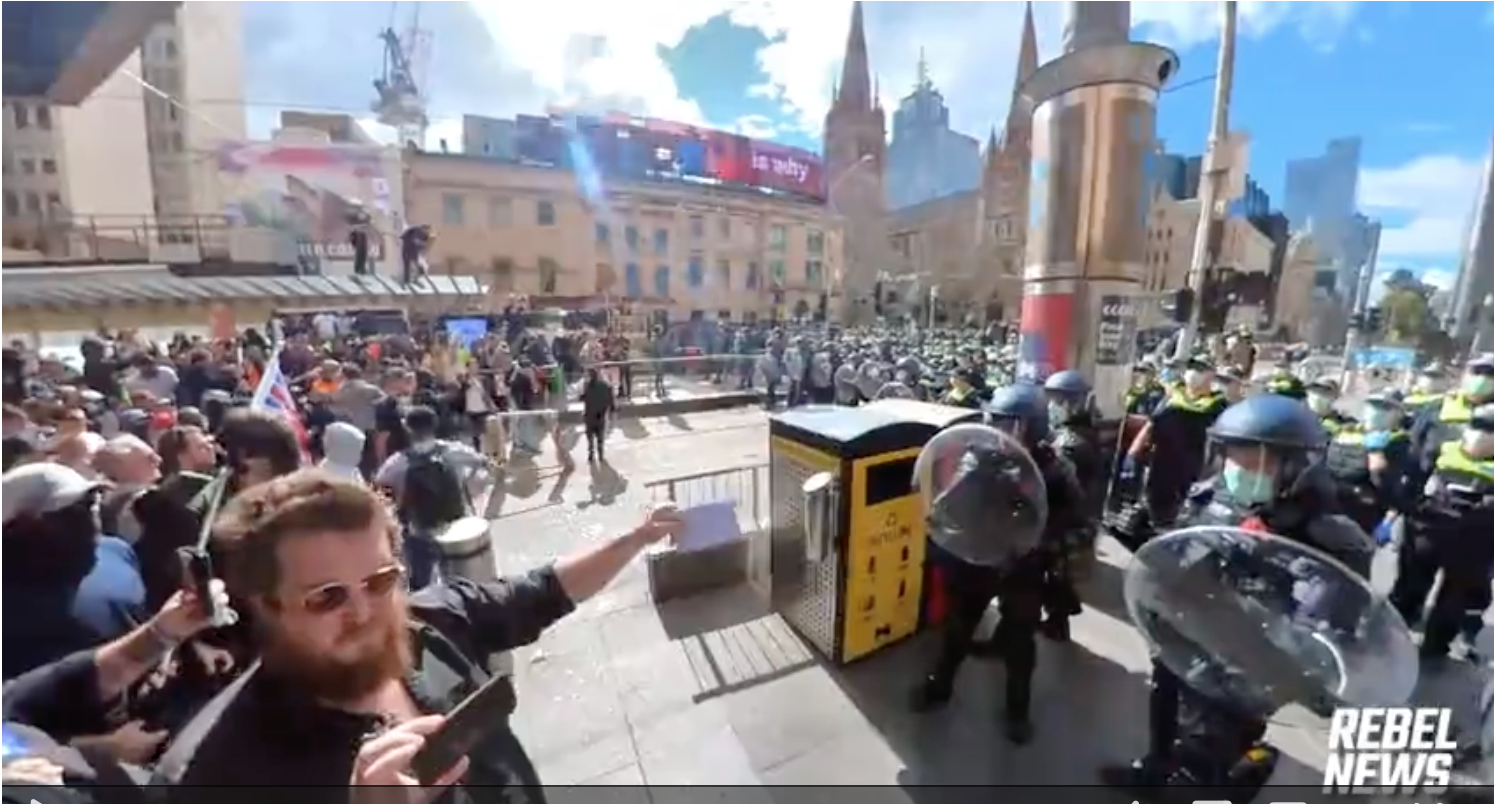 The world needs to witness what police did in Melbourne

Before protesters outnumbered police in Melbourne on Saturday, they stopped, and ID’d anyone in the city. One man, on a walk, was issued a $1,900 fine by an un-masked police officer.
.
Because he was allegedly ‘breaching health orders’. 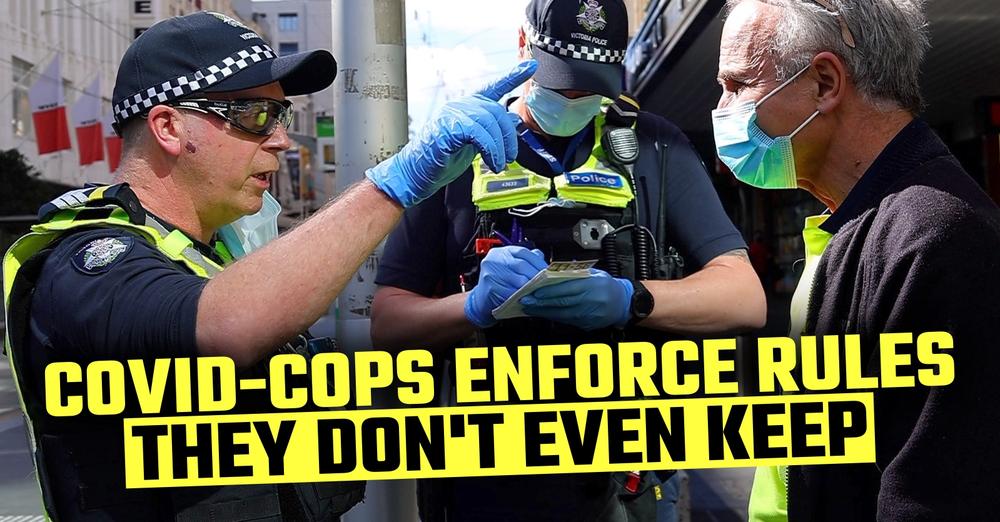 Thousands marched on Melbourne’s CBD to protest the never-ending state of lockdown.

Police tried but failed to stop the mass-gathering from occurring.

Outside state parliament, a police line was quickly broken with protesters once again overwhelming officers.

The heavy-handed response by police has been widely criticised online.

“Free Australia” was trending on Twitter as police deployed pepper spray, fired rubber bullets, and tear gas into crowds of unarmed protesters and media in Melbourne.

Our cameras capture an out of control officer who at one point targets a Rebel News camera operator for no reason.

Melbourne is currently in the third week of its sixth “seven-day snap lockdown” with no end in sight.