The United States military’s higher echelon is compromised. They handed over our country to a fraud.

“I am willing to throw it all away to say to my senior leaders, ‘I demand accountability,'” Lt. Col. Stuart Scheller said in a video message.

A Marine officer was relieved of duty on Friday after ripping into military leaders in a social media video following an ISIS attack outside a Kabul airport that left at least 13 U.S. troops and more than 100 Afghans dead.

Marine Lt. Col. Stuart Scheller posted on Facebook that he has “been relieved for cause based on lack of trust and confidence as of 14:30 today.” 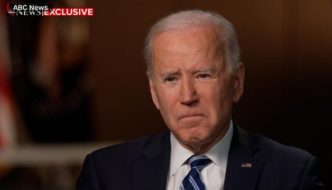 “My chain of command is doing exactly what I would do…if I were in their shoes. I appreciate the opportunities AITB command provided,” Scheller said in his post. He said he wouldn’t be making statements to news organizations until he officially exits the Marine Corps.

“America has many issues … but it’s my home … it’s where my three sons will become men. America is still the light shining in a fog of chaos. When my Marine Corps career comes to an end, I look forward to a new beginning,” he said. “My life’s purpose is to make America the most lethal and effective foreign diplomacy instrument. While my days of hand to hand violence may be ending…I see new light on the horizon.”

In the roughly five-minute video posted Thursday, Scheller upbraided military brass over the way the U.S. withdrawal from Afghanistan has been carried out and called for them to take ownership for the chaotic events of the past few weeks.

“Did any of you throw your rank on the table and say, ‘Hey, it’s a bad idea to evacuate Bagram Airfield, a strategic airbase, before we evacuate everyone’?” Scheller, in uniform, said in the video. “Did anyone do that? And when you didn’t think to do that, did anyone raise their hand and say, ‘We completely messed this up’?”

The video, which took off on social media within military circles, was an unusual sign of public dissent and frustration within the ranks.

Scheller said that “potentially all those people did die in vain” if senior military leaders are not held to account.

“Without that, the … higher military ranks are not holding up their end of the bargain,” he said. “I have been fighting for 17 years. I am willing to throw it all away to say to my senior leaders, ‘I demand accountability.’”

Scheller said that one of the people who died Thursday was someone he knew personally, but he said that was not the sole reason for his video, and others have shared similar frustrations.

He said he was willing to risk severe sanctions for speaking out if it brings further attention to the questions he raised of military leadership.

“I think what you believe in can only be defined by what you’re willing to risk,” he said. “So … I think it gives me some moral high ground to demand the same honesty, integrity, accountability from my senior leaders.”

Paul McLeary and Myah Ward contributed to this report.