Oz coppers are a disgrace 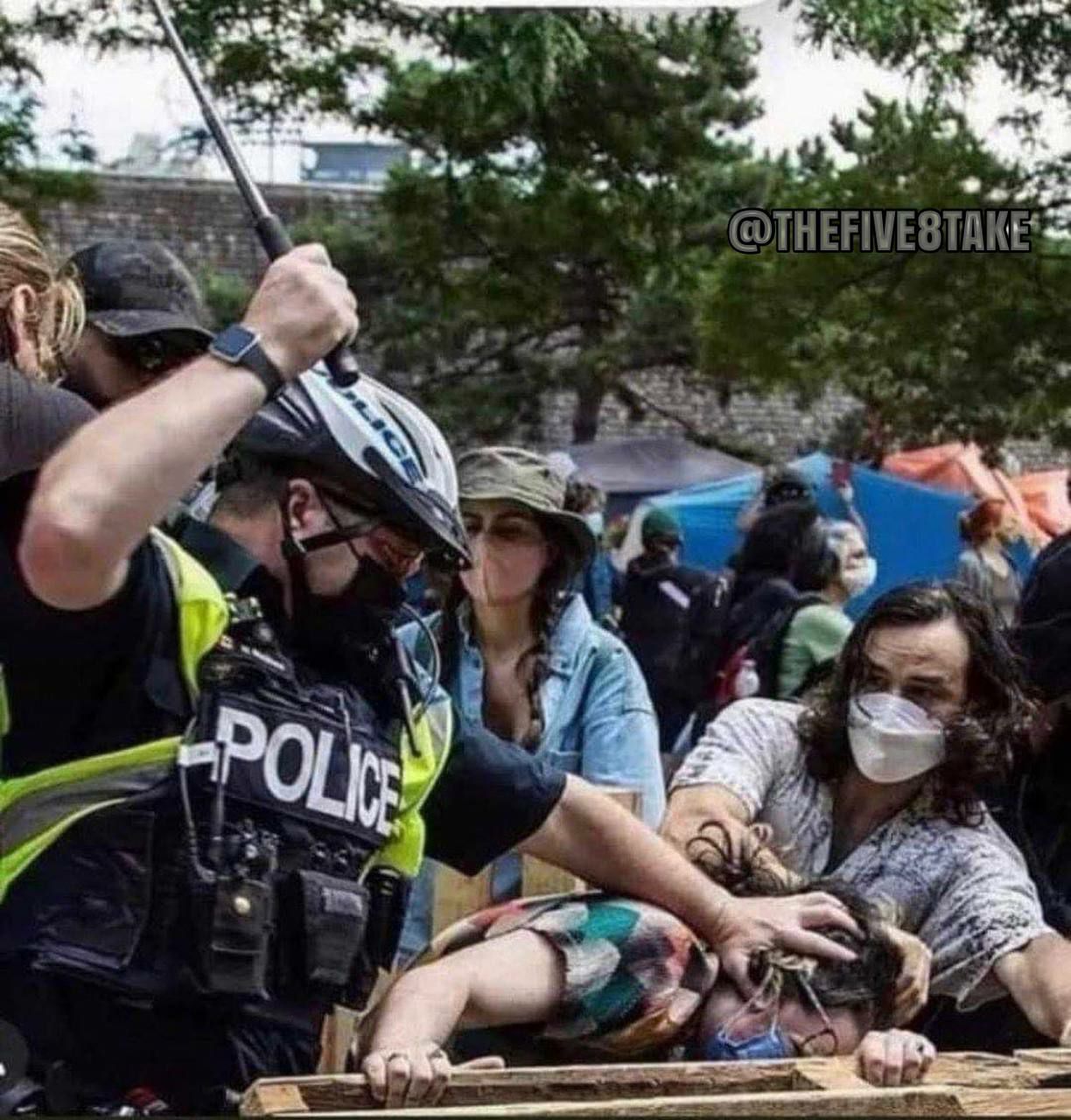 We see REAL police brutality. We see a nation desperately fighting to be free from medical tyranny, home imprisonment, the destruction of our businesses, and the targeting by police of innocent people who are just trying to live normal lives and be left alone to work peacefully in the community. We’re being told that if we visit our neighbours we are criminals. If we open our shops, we are criminals; if we protest, we are un-Australian criminals. And the Victoria Police will fire projectiles and many litres of pepperspray upon us if we try to peacefully march down our own city streets in resistance of this totalitarian Communist take over. 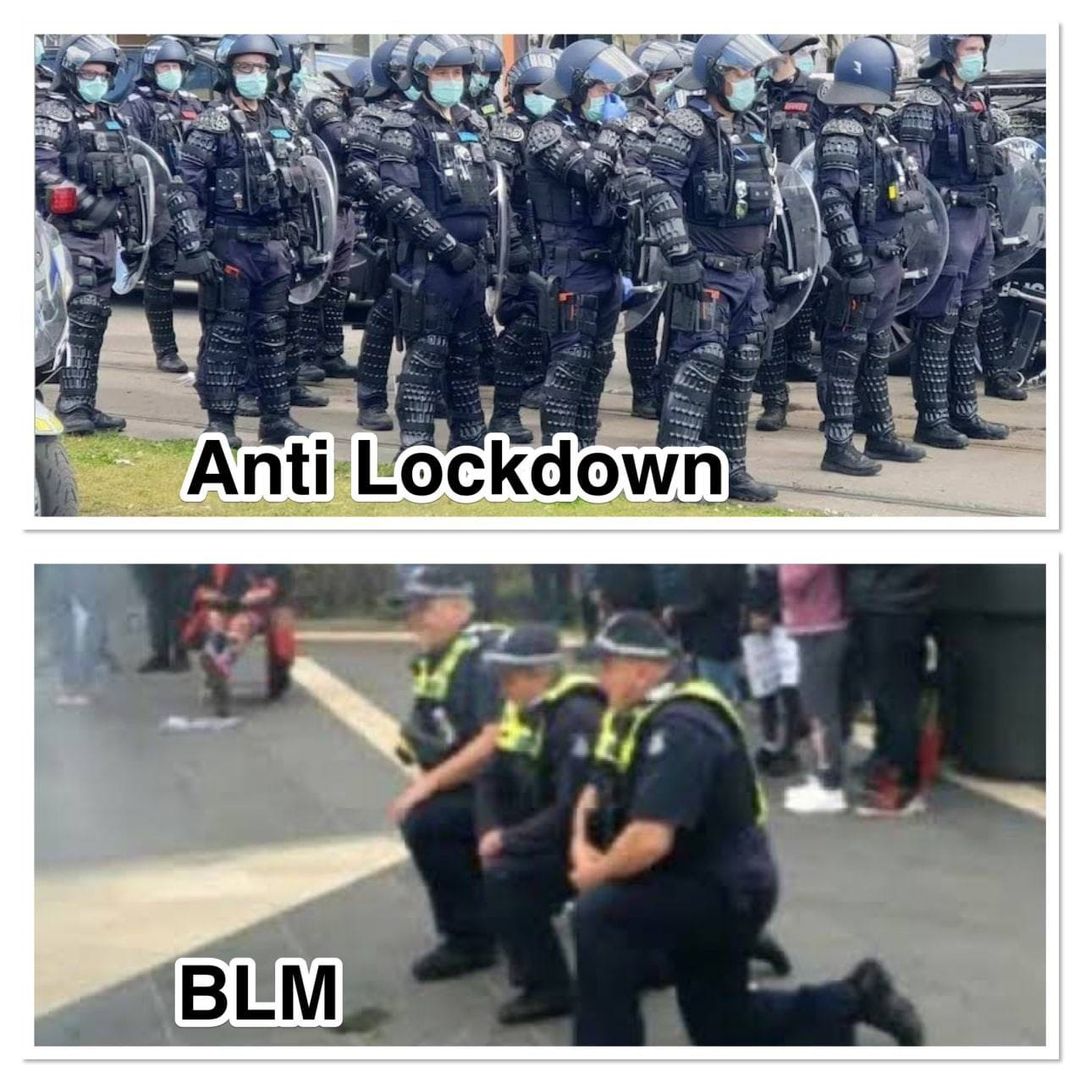 Nothing worse than woke police tards who sympathise with commie rabble. 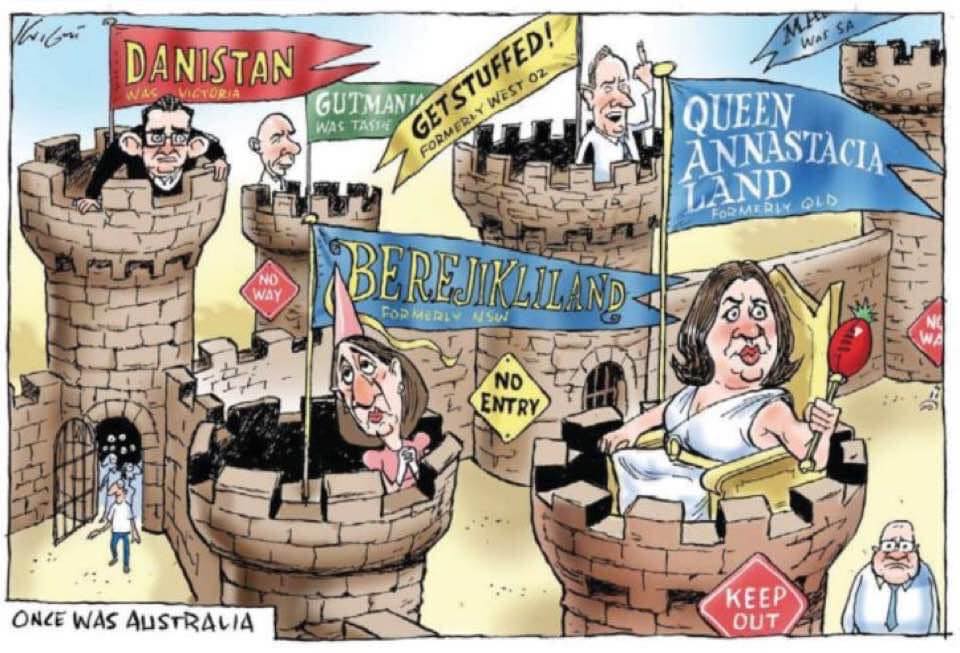 This cartoon is not a joke. This is exactly what these deranged, power-drunk  morons have done to us. 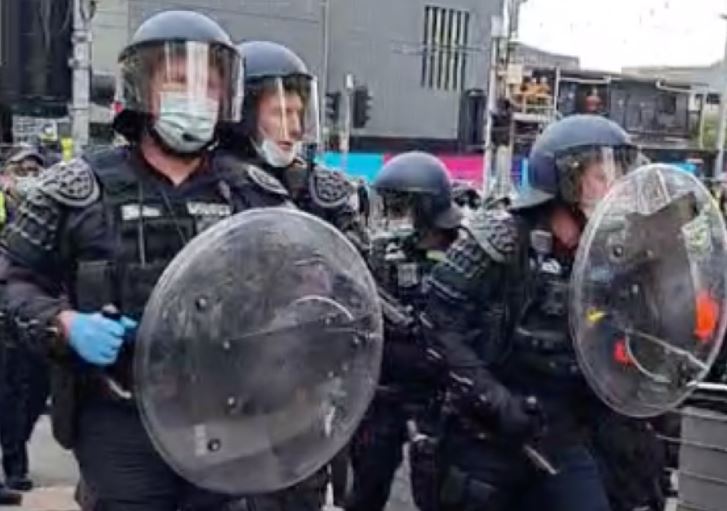 Police Commissioner Shane Patton praised his troops work and the preparation of his Police in putting down dissent and sending several people to hospital.

“This is yet another great collaboration between Victoria Police, the People’s Armed Police and the UN Strong Cities Network. We will continue to suppress dissent of those already suppressed financially and psychologically until all freedoms are removed, full demoralisation is achieved and the camps are complete,” Patton said.

Premier Daniel Andrews is expected to announce further measures that he had already pre-planned, in an effort to use protestors as a scapegoat.

Protester says “You wouldn’t do that” moments before Victoria police fire on peaceful protesters. #Melbourne pic.twitter.com/gpijjsUoJy