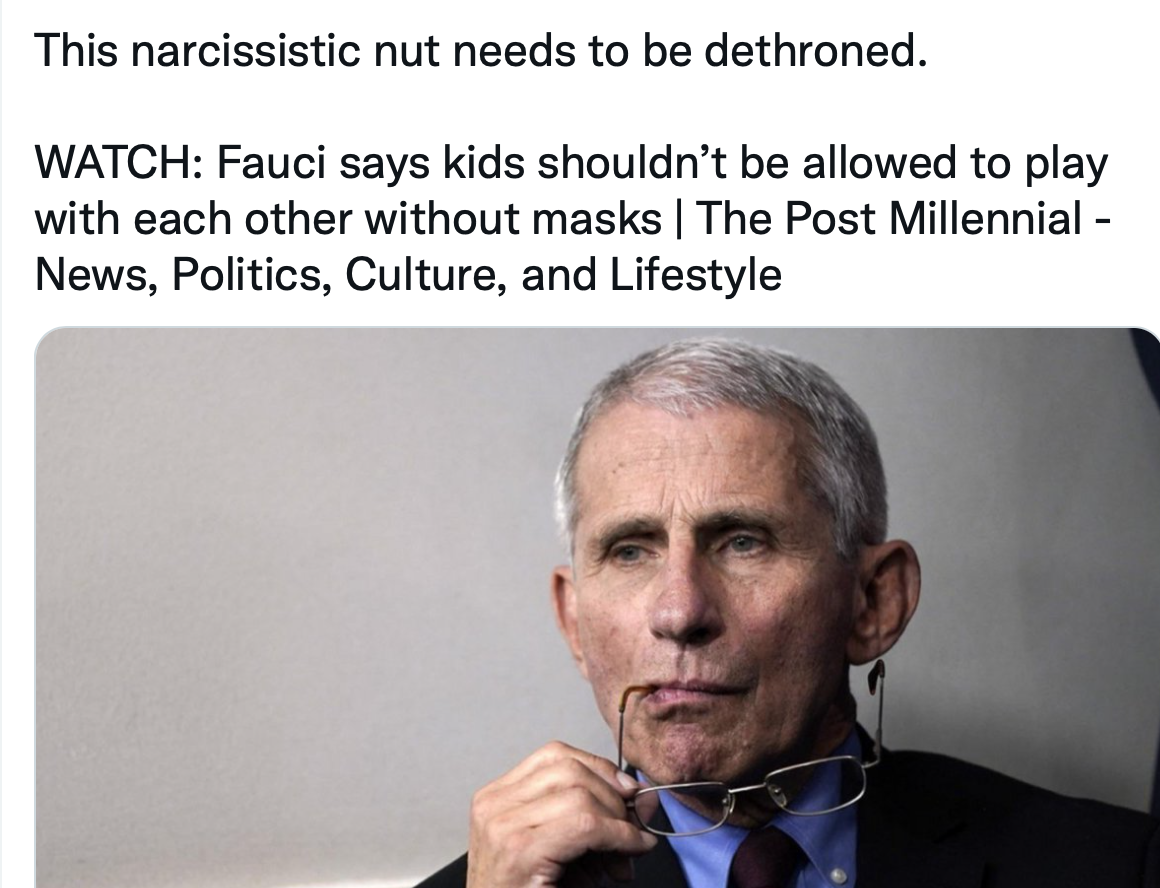 Fauci was on CBS live when he was asked about children playing together in groups, and responded, “When the children go out into the community, you want them to continue to wear masks when they’re interacting with groups or multiple households.”

Fraudci is a certifiable lunatic. But so are Bill the Blasio & Andrew Cuomo who are telling doctors what drugs they must take:

Good for Pope Francis, who calls getting vaxxed "an act of love." His rival, Cardinal Raymond Burke, an anti-vaxxer who calls gay marriage "the work of Satan" is on a ventilator. It's like Dynasty with a bigger budget for hats and jewelry pic.twitter.com/uv6oMQIvRQ

“Suck your drink through your face mask”

I am sorry for a bit of indulgence after 17 months of tyranny but I find Daniel Andrews being embarrassed on international TV super liberating 😀 pic.twitter.com/Qn5jqjhWa9

The Australian Genocide is well on the way: 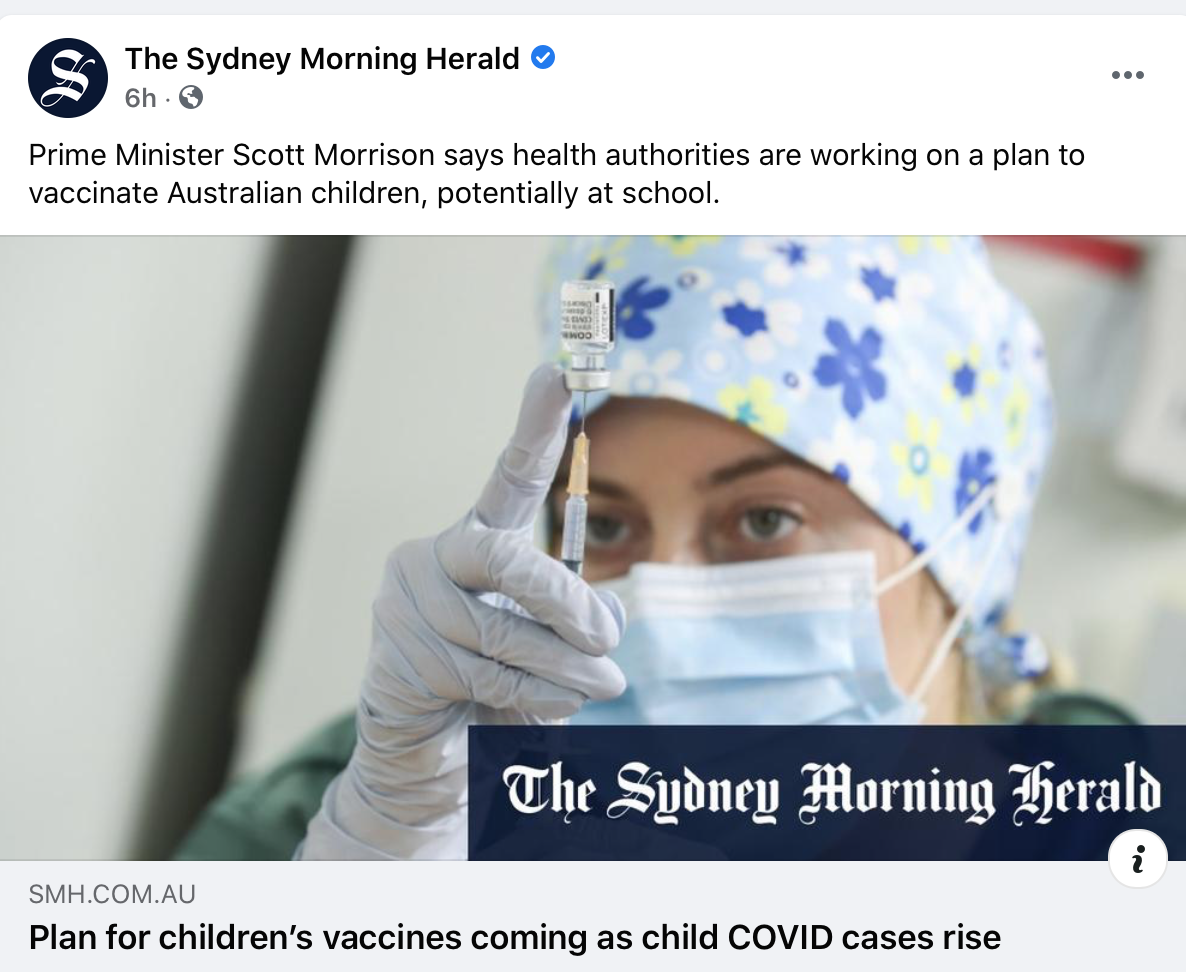 If we don’t stop this genocide, what does that make us?