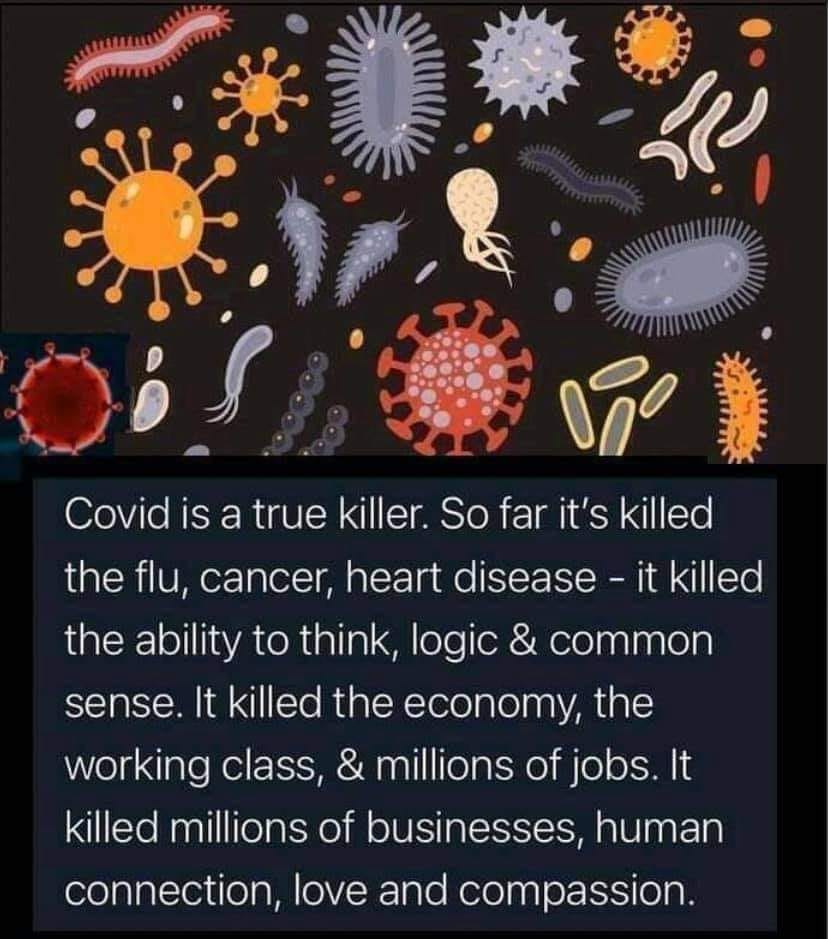 Why isn’t Ivermectin available in Australia

All along, we’ve been told that the only escape out of the pandemic is completely new, expensive vaccines. But what if alternative and complementary treatments were available? Would it threaten BigPharma’s monopoly?

Turning every state gov’t into a terror regime.

Police Commissioner Mick Fuller, who is now that State Emergency Operations Controller, intends to crack down hard on people who fail to comply with health orders.

NSW Health Minister Brad Hazzard has been forced to hand over management of the Covid outbreak to Police Commissioner Mick Fuller after ongoing problems with lockdown compliance.

Hazzard was allegedly furious with the final decision.

Tensions arose when it became clear that some health workers were keeping the details of Covid rule-breakers secret to protect them from the police. Health workers ‘felt sorry’ for them, which is understandable given the onerous fines being handed out to an already desperate population, many of whom have lost their businesses and jobs during the pandemic.

Fuller, who is now that State Emergency Operations Controller, intends to crack down hard on people who fail to comply with health orders.

After an extraordinary crisis Cabinet meeting, police have walked away with unprecedented powers designed to close the gaps which have seen Sydney described as ‘leaking Covid like a sieve’. Fuller and Police Minister David Elliot are now in further talks to draw out a plan for the region.

Earlier in the week, Hazzard had instructed the government’s lawyers to look at ways to strengthen the health orders ‘as far as possible’, presumably to stop people travelling from lockdown regions.

“The rule is now that you shouldn’t just travel from one house to another just for the sake of moving to the other house. You should choose the property you’re living in and stay there,” said Hazzard.

Now, it is Commissioner Fuller who is working with an in-house legal team to draft additional powers for the police force.

The singles bubble was recently created to make sure that singles had human contact after ‘stay at home’ orders condemned them to months of solitary confinement.

Enforcing Fuller’s demands will require increased use of ADF forces on the streets of Sydney. The legal framework for the ADF policing citizens is a hazy area of law, rarely tested. State premiers usually ask for their assistance during short-lived emergencies where they offer logistics assistance rather than acting as an extension of the police force.

“We know that a strong police presence and the Australian Defence Force supports on the ground is making a difference. We want to make sure we capture the handful of people … doing the wrong thing,” said Berejiklian.

Sydney, which has been living with ‘stay at home’ orders for nearly seven weeks, continues to report hundreds of new Covid cases every day.

The Delta variant has spread beyond Sydney and into the regions, with exposure sites announced in the Hunter, Newcastle, Dubbo, Tamworth, Bryon Bay, Shellharbour, and the Illawarra.

“Please get vaccinated because there could be opportunities in September and October for us to say to the community, if you are vaccinated you might b able to do a certain level of activity which you can’t now,” added Berejiklian, reaffirming fears that a two-tiered system for the population may be on the cards.