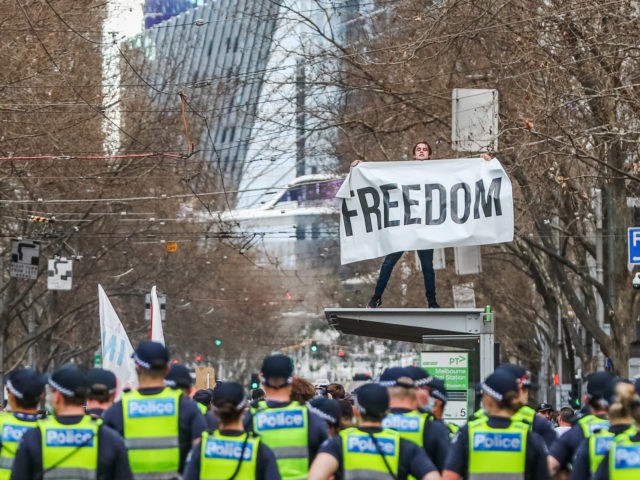 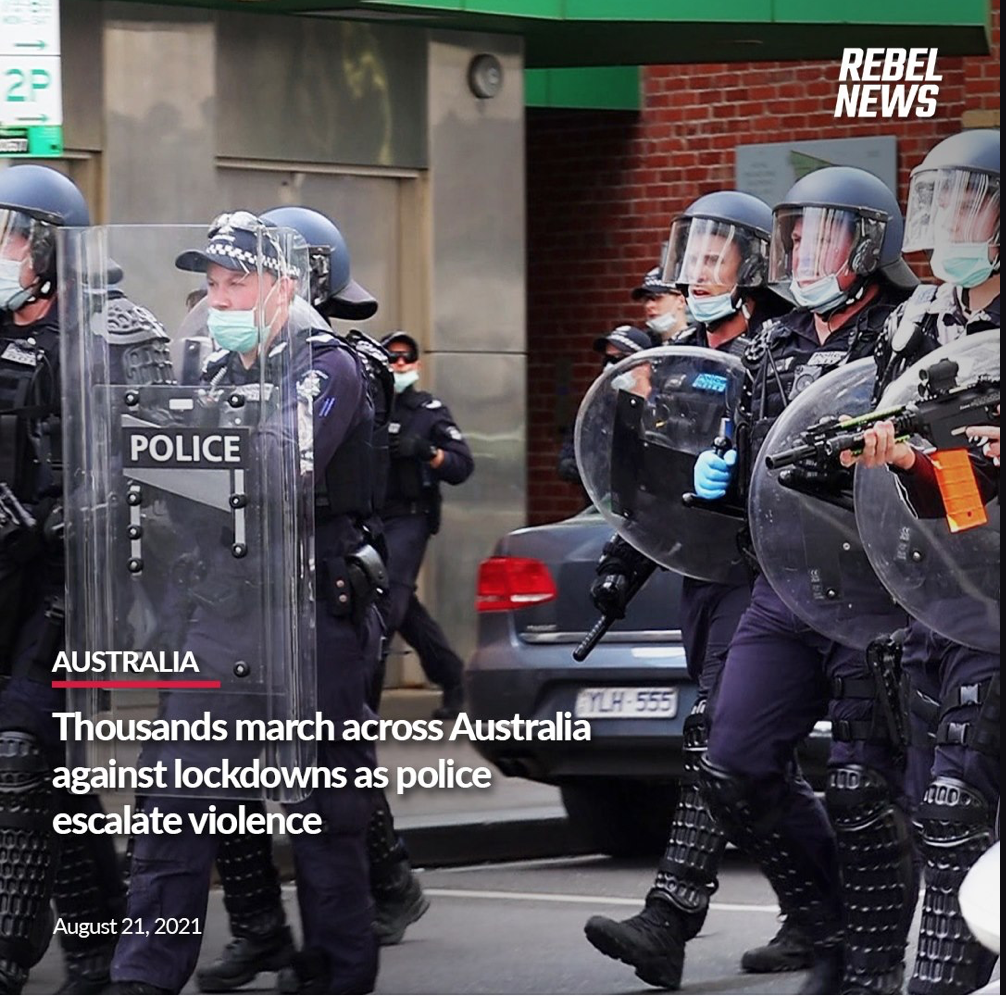 The situation has turned violent in parts of the Melbourne protest, with reports that police have fired rubber bullets into the crowd.
.
Thousands came out to march for two and a half hours until police broke the group apart and started hunting down stragglers. Tear gas and pepper spray was deployed against both the media and protestors, including Rebel News reporter Avi Yemini—FULL REPORT HERE