“To live is to suffer, to survive is to find meaning in the suffering”- Nietsche.

“I don’t know why we are here, but I’m pretty sure it is not in order to enjoy ourselves”- Ludwig Wittgenstein.

“Just a friendly chat”- cops go door-knocking to check whether you plan to protest against heavy-handed Covid police terror. It’s “Just to keep you safe”.

Meanwhile in Australia, Victoria Police brutally arrested a couple for not wearing mask in the beach. pic.twitter.com/lWB3XbSE6Y

Police in Melbourne have contained a sixth day of anti-lockdown and anti-vaccine protests, dispersing and arresting would-be demonstrators.

“We’re not in East Berlin, we’re in Melbourne,” one protester said. 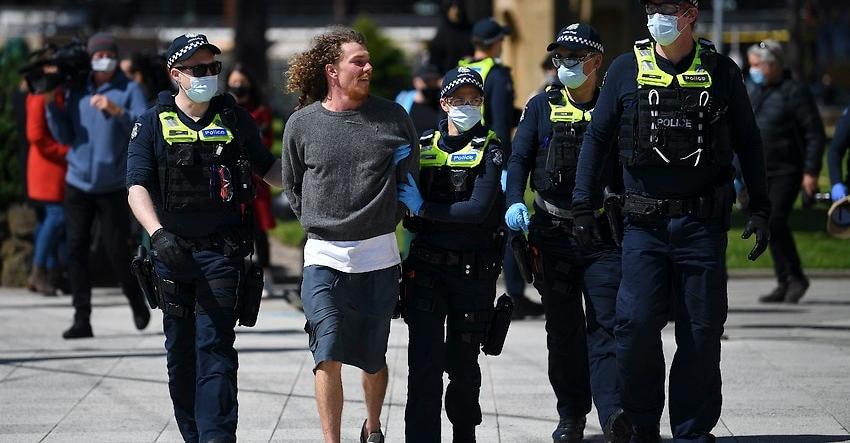 A large police contingent was deployed in Melbourne as anti-lockdown protesters gathered for another rally in defiance of COVID-19 rules.

Police have snuffed out a sixth day of anti-lockdown and anti-vaccine protests in Melbourne, dispersing and arresting would-be demonstrators.

Children have begun to receive their Covid jabs at school.

Retired surgeon Dr Tony Hinton says "Teenagers are getting the jab because they want to lead their normal life. That should not be a reason to take a medical treatment. It's coercion and it's totally unethical."@Iromg pic.twitter.com/7pOb0iQwcr