If Australia’s brutal response to lockdown protests was happening elsewhere, hypocritical Canberra would be demanding sanctions

The world is watching in horror as Covid chaos unfolds on the streets Down Under, with heavy-handed elite police piling in on lockdown protestors using an arsenal of weapons that would be the envy of any authoritarian regime. 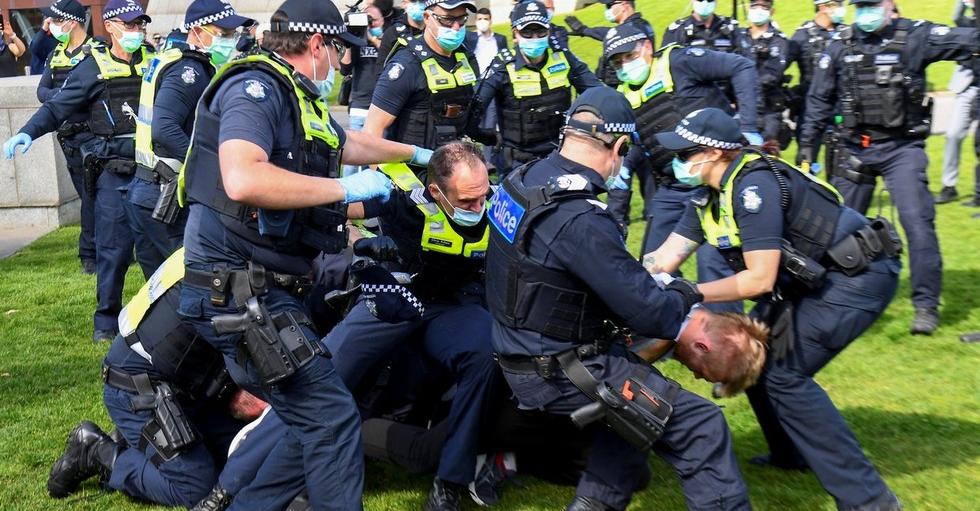 The world is watching in horror as Covid chaos unfolds on the streets Down Under, with heavy-handed elite police piling in on lockdown protestors using an arsenal of weapons that would be the envy of any authoritarian regime.

The online images are all too familiar: helmeted and masked police in body armour with batons held high, clubbing protestors lying on the ground as incapacitating pepper smoke burns their eyes and chokes their breath. 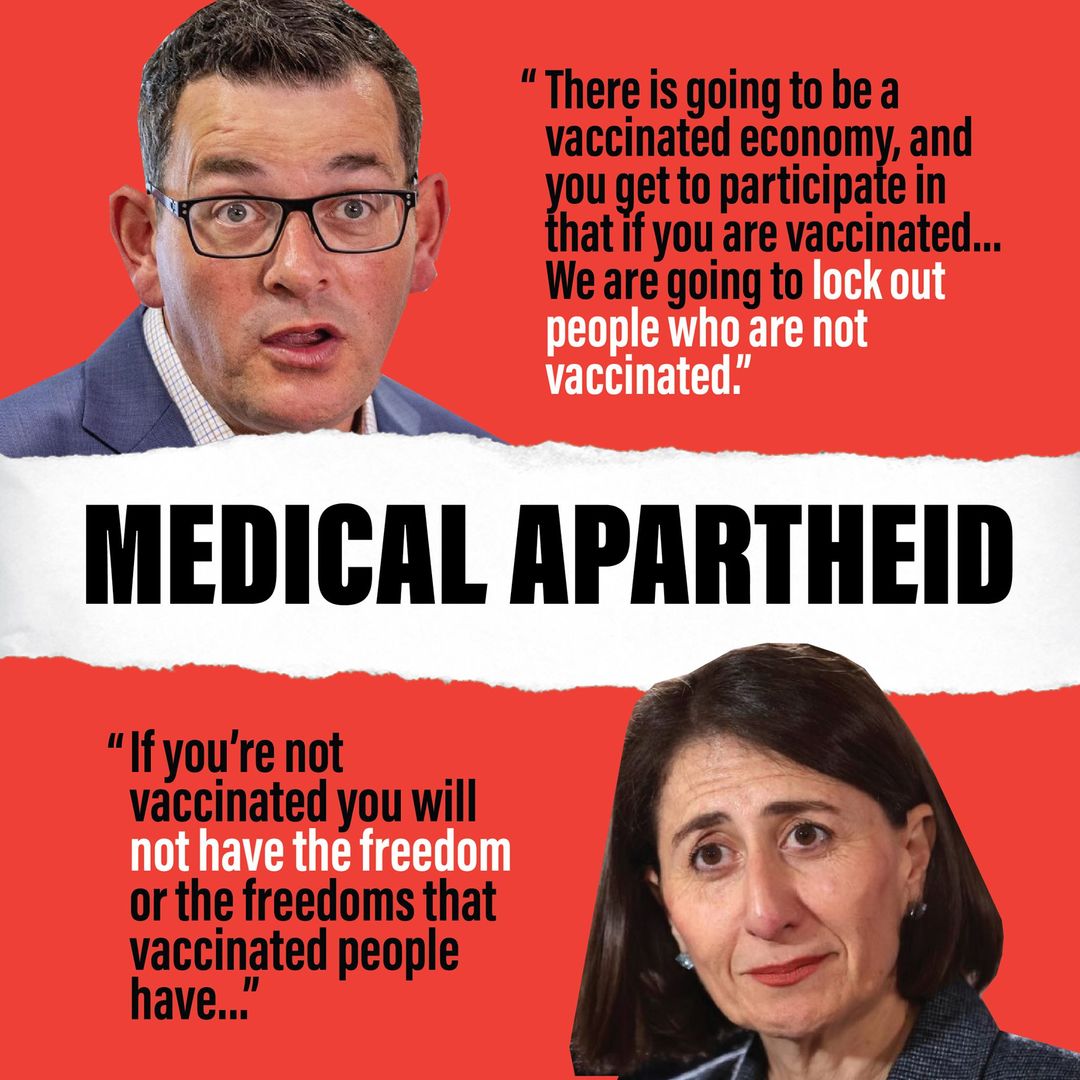 The mainstream cope is that they aren't real Tradies, they all collectively went out to Kmart and bought hi-vis vests yesterday. #Melbourneprotest pic.twitter.com/uBFUH620Ky

Victoria Police have swarmed St Kilda’s foreshore and made multiple arrests as a crowd builds on Melbourne’s sixth day of protests.

Just remember, this is not about a virus. This is about obedience. 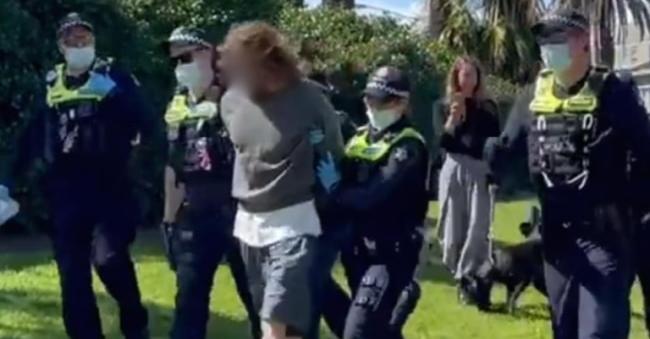 Victoria Police have swarmed St Kilda’s foreshore and made multiple arrests as a crowd builds on Melbourne’s sixth day of protests. 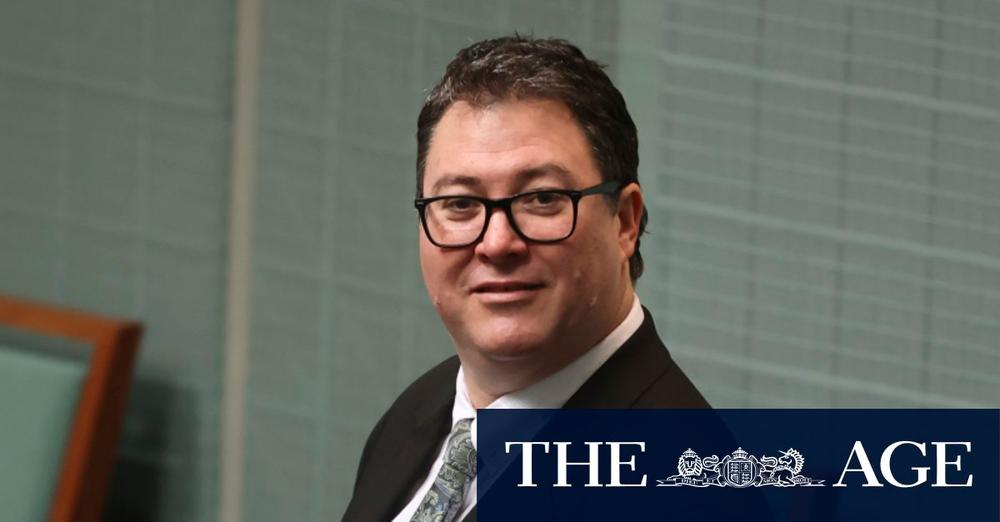 National MPs, including former leader Michael McCormack, have taken aim at controversial colleague George Christensen, accusing him of “stirring up” violent mobs at anti-lockdown protests and using his profile as a government MP to validate their behaviour.

Mr Christensen’s comments supporting “freedom fighters” at the ugly rallies in Melbourne have reignited fierce divisions within the party, with furious MPs swapping angry texts with each other on Monday on a group message service.

But where is it? Burma? Hong Kong? Venezuela? Nope, it’s my home town of Melbourne, Australia.

If the scenes from three increasingly combative confrontations from the last four days were broadcast from any of the aforementioned nations, Aussie PM Scott Morrison and his ministers would be on their feet so quickly they’d have scorch marks on the seat of their trousers, as they denounced the over-the-top brutality on display against citizens exercising their democratic right to protest.

There would be ministerial statements condemning the police action in the strongest terms, ambassadors would be summoned to explain their nations’ unacceptable actions and the United Nations would face pressure to sanction this aberrant behaviour and start freezing assets.

Instead: nothing. Hypocrisy is alive and well Down Under, which is starting to resemble a bio-tech police state more than the Lucky Country.

While the Australian government might be keeping its counsel over the scenes of pensioners being pepper-sprayed by police, the silence has been filled by social media and well-intentioned if unwelcome concerns from across the Pacific, with commentators from America denouncing what they have seen online and calling for US sanctions against the Aussies.

This ain’t gonna happen, because number one US President Joe Biden is a Democrat and does not take orders from the GOP, and number two, the ink is not even dry on Morrison’s signature on the new AUKUS security pact. It, of course, encourages Australia, the US and UK to work together, not interfere in domestic policing issues. But hey, knock yerself out.