Dr. Anthony Fauci once argued that conducting experiments on contagious viruses to increase their potency was worth the risk, even if the work could accidentally lead to a pandemic:

Fraudci said “the benefits of such experiments and the resulting knowledge outweigh the risks.”

“In an unlikely but conceivable turn of events, what if that scientist becomes infected with the virus, which leads to an outbreak and ultimately triggers a pandemic?” he wrote at the time.

“Many ask reasonable questions: given the possibility of such a scenario – however remote – should the initial experiments have been performed and/or published in the first place, and what were the processes involved in this decision? Scientists working in this field might say – as indeed I have said – that the benefits of such experiments and the resulting knowledge outweigh the risks.”

The nation’s chief medical advisor wrote in the American Society for Microbiology in October 2012 of the public health benefit to gain-of-function viral experiments — which center on manipulating viruses and making them stronger — as long as there is significant oversight.

In the article, first reported by The Australian, Fauci also noted that a pause on such studies should continue until researchers can figure out how to do them more transparently.

Gain-of-function experiments are the sort of work that was being conducted at the Wuhan Institute of Virology when the COVID-19 pandemic first started in China in late 2019 and some experts fear a lab accident is what led to the global outbreak that killed 3.4 million.

In the 2012 paper, Fauci acknowledged the risky research could lead to serious lab accidents but the chance is rare and the work is “important” because it helps the scientific community prepare for naturally occurring pandemics. 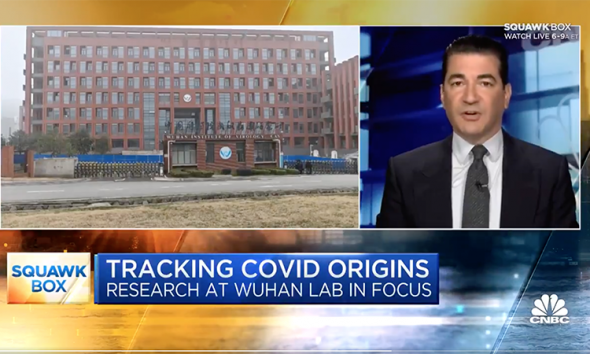 “I Will Use My Power to Get Them Out of the Way” – Tyrant Joe Biden Vows to Bully, Harass GOP Governors who Refuse His Vaccine Rules (VIDEO)