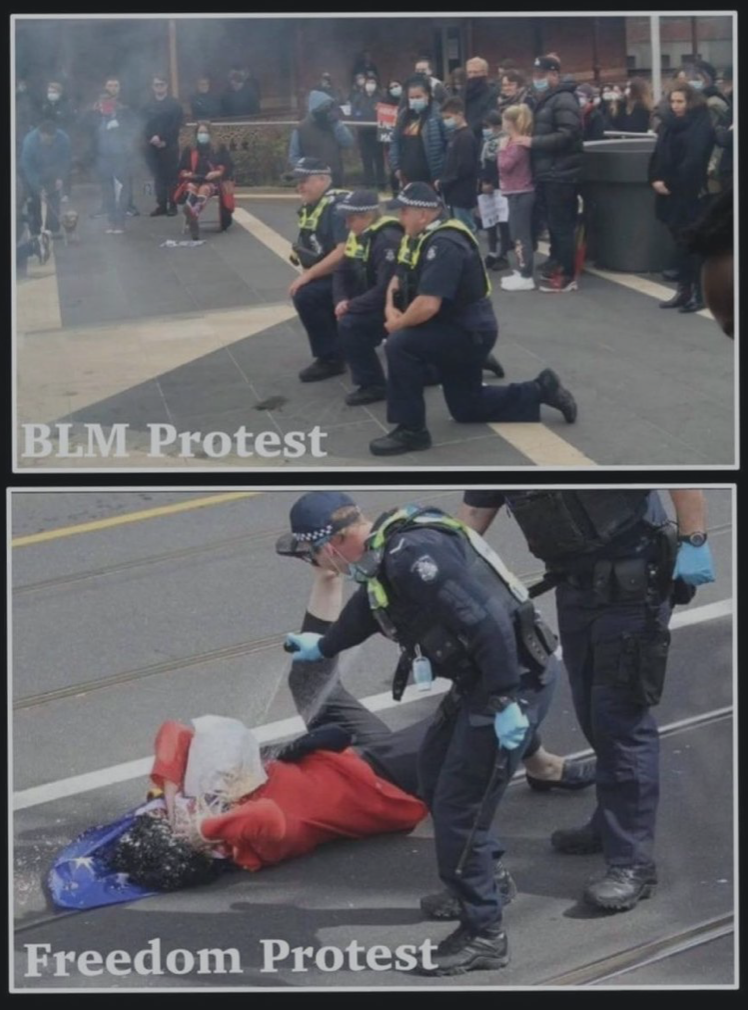 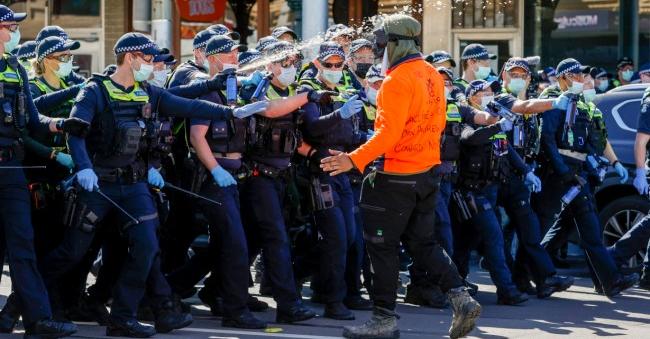 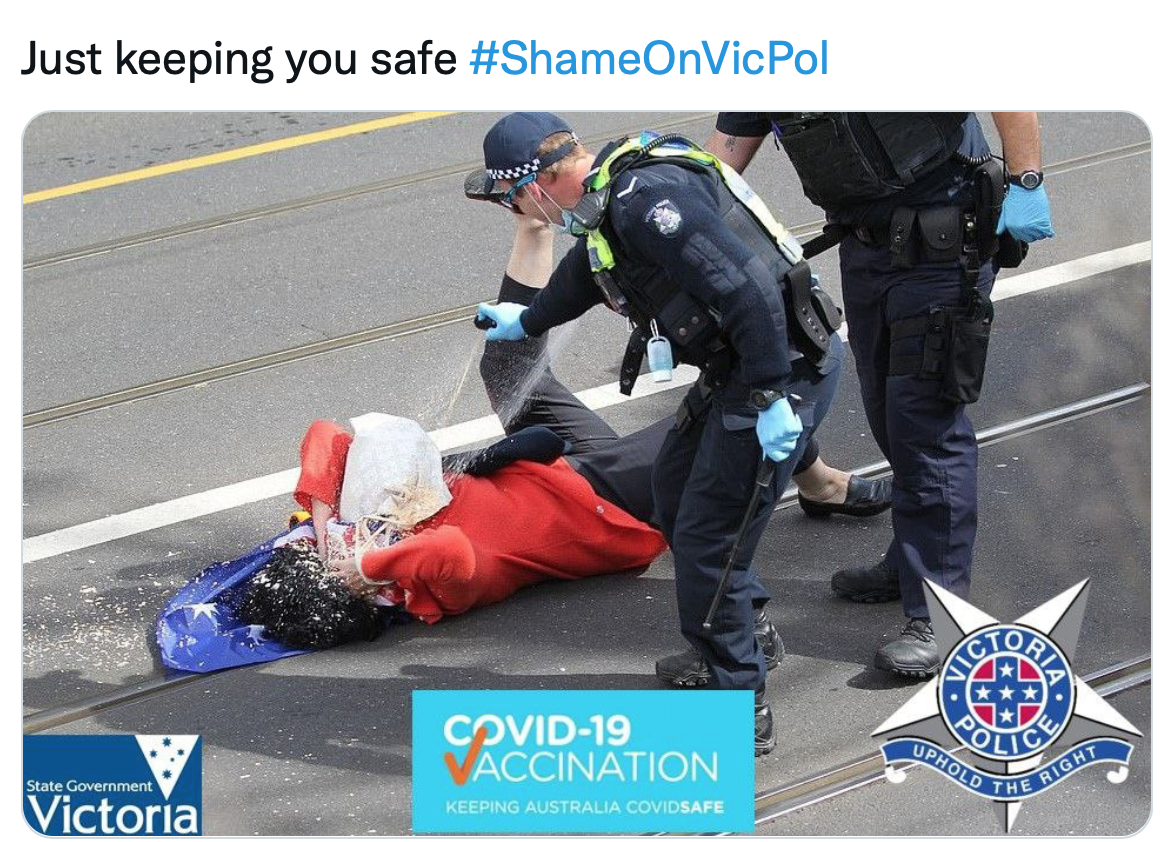 Shameful act by the paramilitary wing of the Andrews regime. 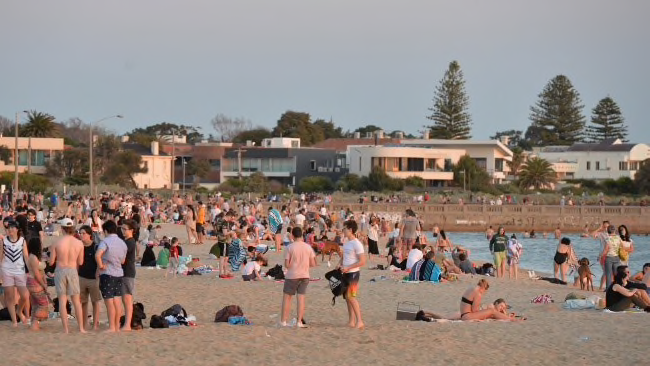 The coppers know where to look for criminals:

When you live in a country where the police check your ‘papers’, stop your vehicle,  have the power to search your person, to determine if you have ‘permission’ to be walking the streets in your own city, then you are not free. And that is no longer a democracy. It is a dictatorship.

The best gift the government can give us is less government.

They say that a picture speaks a thousand words.

Democracy, is no more.