The six injured were left fighting for life in hospitals across New Zealand’s north island on Friday afternoon. 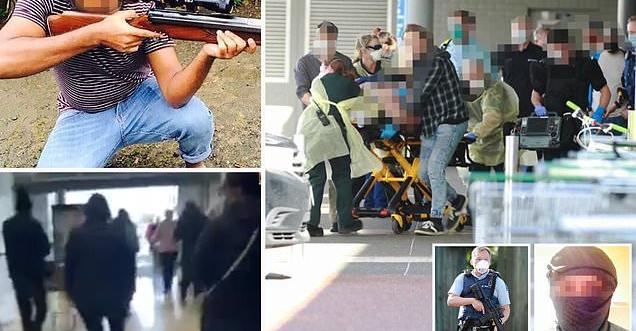 Nothing really happened because the perp wasn’t a “white supremacist right-wing extremist”, or something. The stabber was under constant surveillance because of his “radical ideology”, but that’s alright.

We need these people because ‘diversity makes us stronger. Right?

“This person is not understanding of what our religion is about.”

Yep. Islam. the religion of misunderstanders.

An ISIS-inspired “known threat” to New Zealand has carried out a terror attack in Auckland, stabbing at least six people in a supermarket before being shot and killed by police.

Prime Minister Jacinda Ardern has condemned the attack, which left three people in a critical condition, as “despicable” and “senseless”.

There is a video, but it shows next to nothing. And don’t expect much from the enemedia, they will do everything to cover it up & focus on “right-wing extremists”.

Here’s another accident waiting to happen: 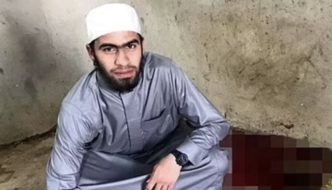 Australia: Muslim targeted a cathedral and US embassy for jihad massacres, spoke of ‘conquering a small town’

The shock incident took place on Friday afternoon at a Countdown supermarket at New Lynn, a southwest suburb of Auckland.

Police Commissioner Andy Coster said the man, who was under constant surveillance because of his radical ideology, carried out the attack around 2.40pm.

Coster said trailing agents did not suspect he would act, believing it was “a normal shopping expedition”.

Police believe the man grabbed a knife within the store before stabbing nearby men and women.

One dramatic video posted to social media showed people in the supermarket seconds after the attacker struck.

“There’s someone here with a knife… he’s got a knife,” a woman can be heard saying.

One witness, Amit Nand, said that he had seen the attacker and told him to drop the knife just before police arrived, Reuters reported, citing the Newshub outlet.

“This undercover cop came to me… I was going to hit him…. The cop is like ‘get back’ and he started shooting him,” Nand said.

Some shoppers also tried to help the injured by grabbing towels, nappies and whatever else they could find from the shelves.

Coster said police acted “with great courage”, shooting and killing him around 60 seconds after the attack to “prevent further injury in what was a terrifying situation”.

Police said the man was a “lone actor”, and there was no ongoing threat to the public.

A further three patients – one in a serious condition and two in moderate conditions – were also taken to hospitals across Auckland.

Few details about the attacker have been released due to court suppression orders.

However, Ardern said the “violent extremist” was a Sri Lankan national who arrived in 2011 and was on a terror watchlist from 2016.

“Agencies were using every single possible means available to them to protect the New Zealand public from this individual,” she insisted.

“It was senseless and I’m so sorry that happened.”

‘It was senseless and I’m so sorry that happened.’

Newshub reports the man yelled “Allahu Akbar” as he attacked.

Coster said police had done everything “within the law” to monitor the man prior to the attack.

“I acknowledge this situation poses questions about whether police could have acted faster or done more,” Coster said.

“The fact we were able to react within 60 seconds shows that.”

The attack is New Zealand’s most violent terrorist act since the Christchurch mosque shootings in 2019, when 51 worshippers were killed in a premeditated attack carried out by an Australian white nationalist.

Asked if the Friday attack could have been revenge for the 2019 mosque shootings, Ardern said it was not clear, adding she did not want to see a backlash against any specific community after the incident.

“What happened today was despicable. It was hateful. It was wrong,” she said.

“He alone carries the responsibility for these acts.”

Australian Prime Minister Scott Morrison is among those to offer his support to New Zealanders in the wake of the terror attack.

“Australia condemns the horrific terrorist attack in Auckland,” he said.

“Our thoughts are with all those affected.

“We stand with our Kiwi family in deploring all such violent acts designed to create fear and divide us.

The imam for one of two mosques targeted on the day of the Christchurch shootings of 2019, Gamal Fouda, said Friday was New Zealand’s “darkest day” since then.

“It’s a horrible thing … not just for the Muslim community but for all New Zealanders,” he told Stuff.

“This person is not understanding of what our religion is about.”

‘This person is not understanding of what our religion is about.’

Frightening first-hand reports have emerged in the hours since the supermarket attack.

Michelle Miller, a resident of nearby Avondale, told Radio NZ she saw a man “running around with a knife, then he just lost the plot”.

“Our hearts are heavy knowing what our team and customers have witnessed and been through,” she said in a statement.

Auckland is under a strict lockdown as it battles an outbreak of COVID driven by the Delta variant.

Most businesses are shut and people are generally only allowed to leave their homes to buy groceries, for medical needs, and exercise.

“To everyone who was there and who witnessed such a horrific event, I can’t imagine how they will be feeling in the aftermath,” Ardern said.

“But thank you for coming to the aid of those who needed you when they needed you.”

– with CNN and NBC

One thought on “NZ: Nothing to do with Islam attack leaves 3 people in “critical condition””