Yep. Replacing the natives with a Mohammedan proletariat. We’ve been documenting it for years right here on WoJ. From the Kalergi Plan to Soros’ nefarious agenda to Klaus Schwab & the “Great Reset”. 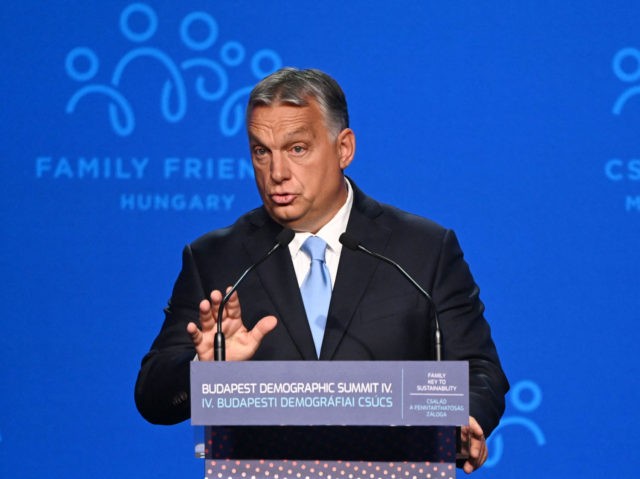 Hungary’s Prime Minister Viktor Orbán believes the mass migration agenda is part of a “global plan” to create a “new proletariat” in the West, advanced by people who care nothing for culture and national identity and consider only economics.

Speaking at the 4th Budapest Demographic Conference, organised as a forum where pro-family policies and other measures to reverse population decline without resorting to mass immigration, Orbán addressed attendees including former U.S. Vice President Mike Pence, the President of Serbia, the Serbian President of Bosnia, and the prime ministers of Slovakia and Slovenia, noting that the cause of national conservatism had “suffered sensitive political losses” in recent years.

“President Trump was not able to continue his work” in the United States after January 2021, he lamented, while former Israeli prime minister Benjamin Netanyahu is now in opposition — “and God knows what will happen in Germany this Sunday” when Angela Merkel’s notionally centre-right party may be displaced by a left-wing government possibly including the communist Marxist Left Party in national elections. 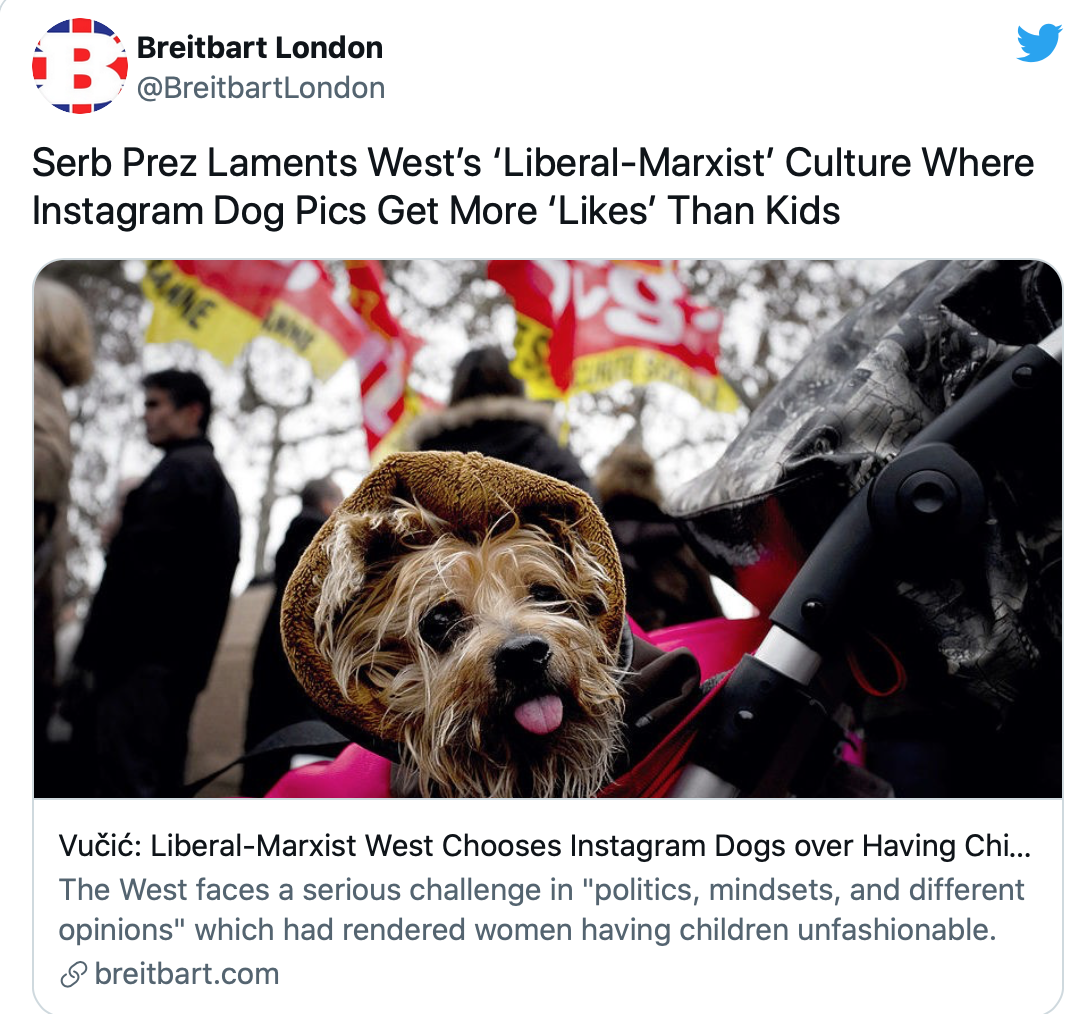 “Like those before me, we are concerned about the advent of the New Marxist, New Leftist ‘woke’ movement, as it is called in America. We can see that already in kindergartens they want to miseducate our children; they use children as Pride activists, they are telling children about the ‘free choice of genre — this is part of the New Marxist ‘woke’ programme,” he warned.

Decades of Soviet communist domination, however, has “inoculated” former Eastern Bloc countries such as Hungary and Poland against “the ‘woke’ virus”, in his view — “our history is protecting us against the cultural left.”

As a result, the Hungarian leader suggested, his government and likeminded administrations in the region can see the divide on demographics more clearly.

“Is it a problem that the population is in decline?” he asked.

“Some are of the opinion that this is not a problem, and they argue that by increasing productivity and by developing technology fewer people will be able to generate more goods, more public good. Mechanised production, artificial intelligence, an automated economy — human labour doesn’t count anymore. That is the technocratic, Silicon Valley solution,” he explained.

“And there are others who sense the problem of declining demographics and they want migration. They believe alien peoples from distant lands should be moved in and that will stop the demographic decline. But mass migration… the millions of people who have been lured here, are basically a global plan of moving in the new proletariat,” he accused, adding that the promoters of this worldview “do not take into account the cultural aspect of democracy.”

Migration, Orbán explained, “is an identity issue” — and “a country will only be viable if its citizens share largely the same values — if not, the nation, the country, will fall apart.”

"The 2015 European migration crisis brought terror to Europe as well," said Orban, warning of the threat of an Afghan exodus. "Hungary will defend Europe's borders. We are working to ensure that what happened in New York 20 years ago never happens again." https://t.co/31Gm0G3BWk

Hungary’s plan to reverse demographic decline while rejecting mass migration to maintain its cultural identity and social cohesion, Orbán told the conference, is built around the fundamental principle that “the state has to protect the family, and the state has to do away with all the obstacles to establishing families” as the building blocks of society.

To that end, the Central European country’s family policy was constructed around the principle that “having children should be an advantage financially, not a disadvantage,” given the plain fact that “negative economic consequences” for starting a family “will discourage many from having children” in the first place.

The Hungarian leader acknowledged, of course that “it is very easy to dole out money to families, you don’t need much brains to do that — but we know that if we dole out too much money that will first slow down economic performance and later destroy the economy,” and so his administration has pursued “unorthodox” steps to strike a balance between family support and consistent economic growth.

These have included the introduction of grandparental leave, the suspension of student loan repayments for young women expecting a child — and student debt forgiveness after a certain number of children — as well as exempting mothers of four from income tax for life, and government-backed loans for the purchase of family homes and cars, among other measures.

Mothers, he explained, were at the heart of the policies, due to the hard fact that women are most likely to enter the workforce at the time when they would otherwise be most likely to have children — something they may end up drastically delaying or never doing at all, even if they would like to, if there is no “economic rationale” for it.

“We want women to be able to choose,” he said, explaining that “if they want, they can work” — but that they should never feel they “need to work” to survive under the Hungarian economic model.

As a result of the policies, Orbán claimed, “we have almost doubled marriages” and enjoyed a “41 per cent decline in abortion” since 2010 — but the experiment has not come without its consequences.

“I should tell you honestly, we are defending ourselves, Hungary is defending itself, against attacks from the Western left; they are attacking the traditional family model” he warned.

These attacks have not come only in the form of direct criticism of the economic policies aimed at empowering couples to start families — and save the country at large from a demographic time bomb — which are often painted rather ungenerously as a retrograde plot to turn women into “baby machines” — but through part of a broader cultural push to “relativise the notion of the family”.

The favoured “tool” for this, Orbán alleged, is “the LGBTQ and the gender lobby”.

The Hungarian leader has earned fierce criticism from the EU for recently passed legislation aimed at tackling this by making it illegal to promote LGBTQ content on things like changing gender to minors in schools and the media, but he believes the Hungarian position is not so far away from that of the Western European public as the outcry would suggest.

“In Western Europe and in Brussels, nobody has ever asked the people about LGBTQ propaganda or about migration,” he said.

Hungary shot back against the “unprecedented attacks” from the European Commission over the issue of LGBT ideology being taught in schools, pronouncing that deciding how children are educated is the “exclusive right of Hungarian parents”. https://t.co/lHXxmL0QMo