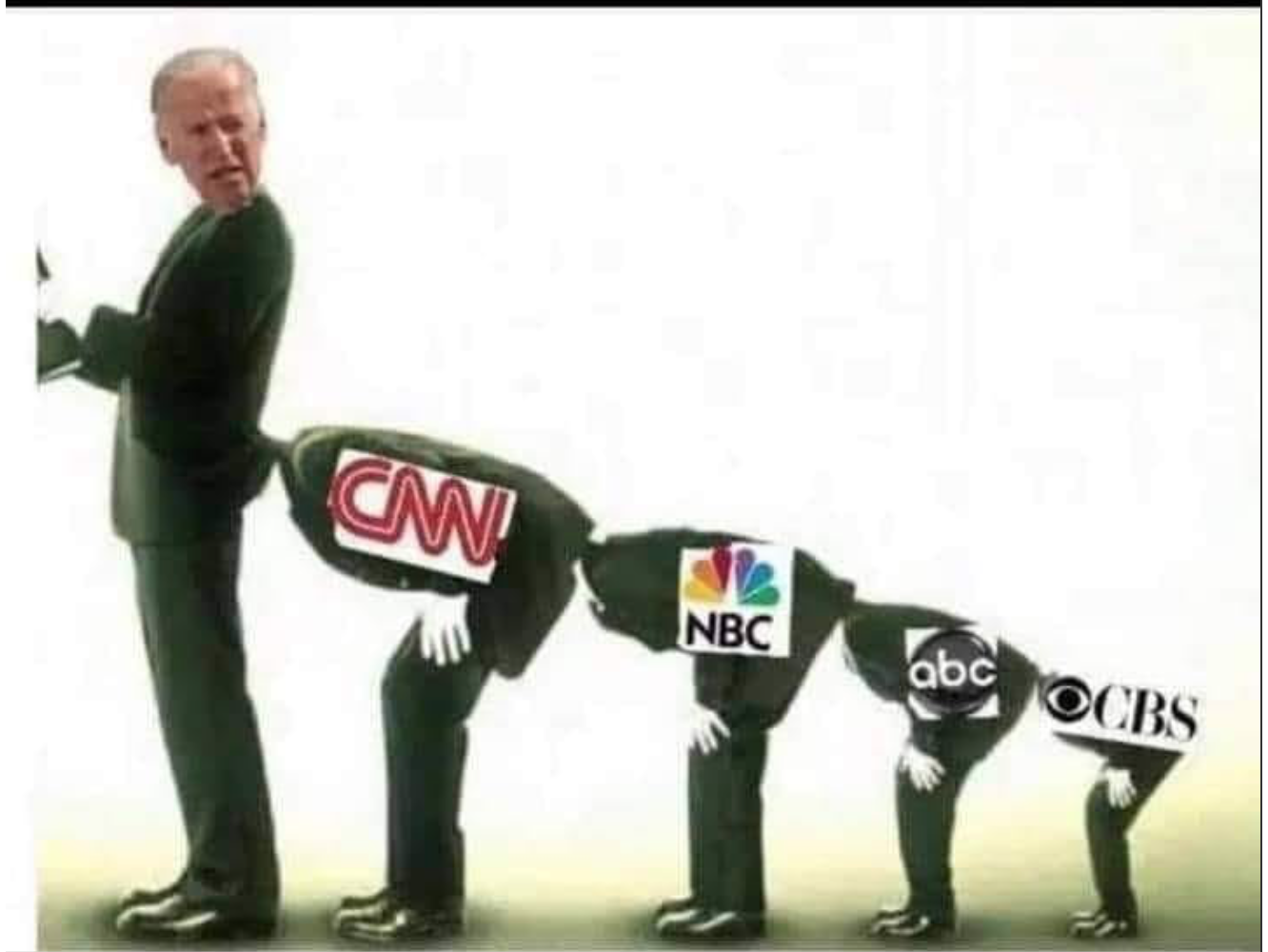 Americans are zeroing in on their true enemies — namely, the Biden Regime and the “mainstream” establishment media largely responsible for placing it in power and propping it up with an endless barrage of authoritarian propaganda. In NYC Saturday, protesters against vaccine mandates and the media that pushes them marched from Times Square.

The protesters stopped at the New York Times Building where they chanted “Defund The Media” and put stickers on the front door that read: “The media is the virus.”

They then marched to Hudson Yards where they chanted more against CNN.

The video is encouraging:

“Defund the media” is a play on the moonbat mantra to defund the police. Aside from the mealy-mouthed Marxists on PBS and NPR, most of the MSM is not directly funded by taxpayers yet, although Democrats want to directly subsidize the propagandists who keep them in power.

The Let’s Go Brandon slogan was also in evidence; it was highly appropriate, given that it both defies Biden and ridicules the media.