But not only: now Europe is importing black Africans in large numbers.

Hundreds of women and children among those detained during raids in Gargaresh town. 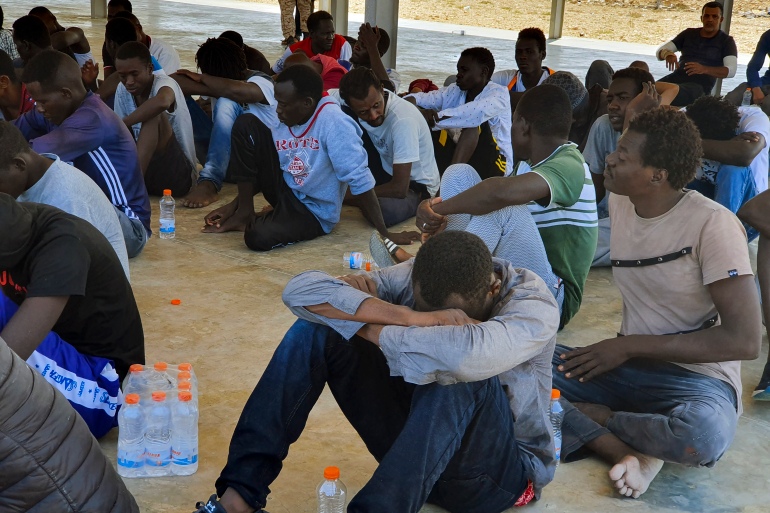 Libya has intensified sea interceptions amid a surge in attempts by migrants and refugees to reach Europe. 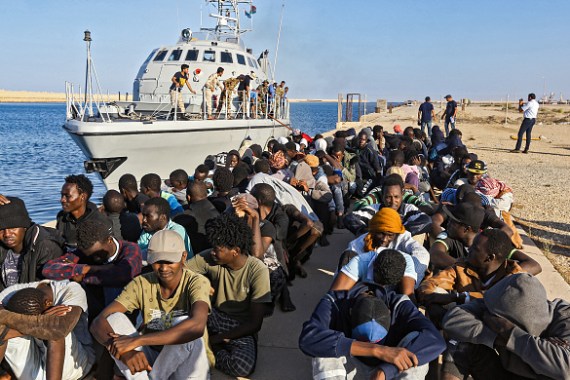 Migrants are not refugees; Afghans have “mental health issues”

AN AFGHAN national with “possible Islamist motivation” stabbed a female gardener in the neck because he didn’t believe a woman should be doing such a job, it has been claimed.

Police later arrived and arrested the man on suspicion of having mental health issues. They are also looking into whether he had “Islamist motivation”. 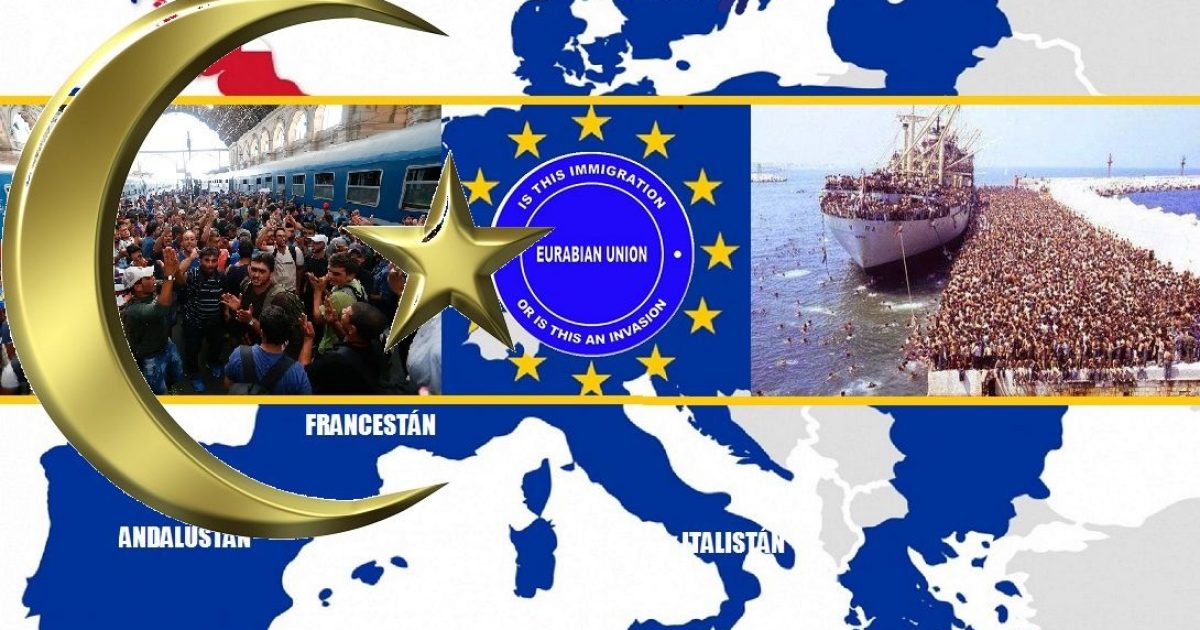 The ruling elites in some European countries barely try to maintain their borders, but actively promote the gradual ethnic displacement of the native population.

by Fjordman –  Article reposted with permission

As I write these words, Europe is under siege. An invasion is taking place by land, by sea, and sometimes by air. Nearly every day, migrants show up uninvited in European waters. Sometimes in southern Italian islands such as Lampedusa,[1] other times in Lesbos or other Greek islands near the coast of Turkey, occasionally in Malta or Cyprus, and increasingly in the Canary Islands.

The migrants are sometimes called “refugees” in Western media. Yet many of them are not refugees in any meaningful sense of the word. They come from different countries, including Pakistan, Bangladesh, Morocco, or Ghana, where there is no war. The majority are young men of fighting age. When groups of men of military age systematically force their way into another country’s territory, this is an invasion. Not all invasions happen by tanks. 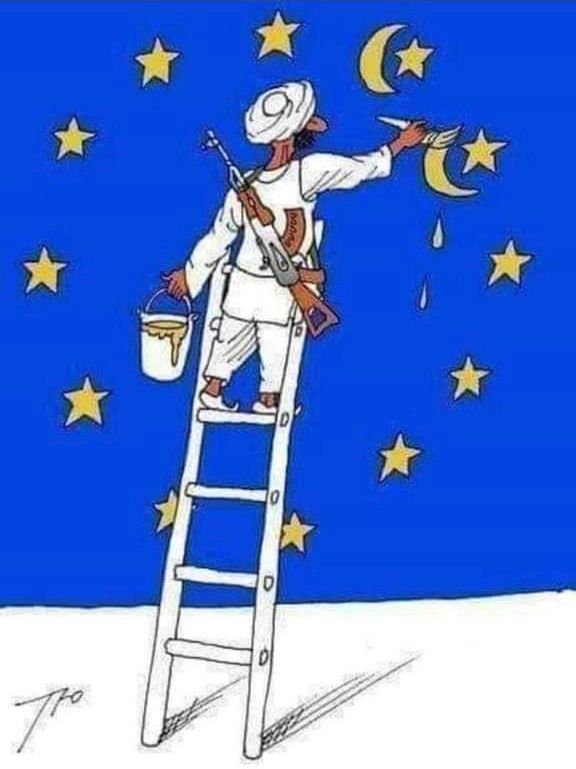 Europe has a turbulent history and has experienced many sieges of castles or cities before. Yet what we are witnessing now is different. This is the siege of an entire continent, one that could last for generations. Many Trojan horses are already inside the gates, and the walls are crumbling. 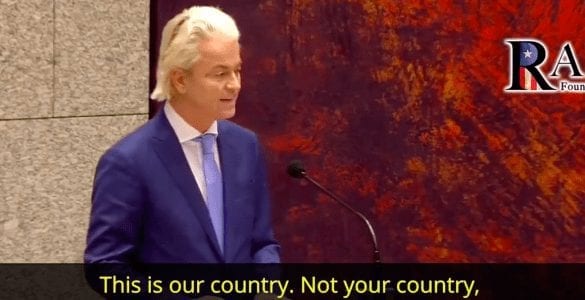 Geert Wilders Slams Dutch PM: ‘You have imported a Monster called Islam into our Country’

The global population reached one billion people for the first time around the year 1800, during the early stages of the Industrial Revolution.[2] By then, all major habitable land masses on this planet had been settled by humans. It took all nations and tribes hundreds of thousands of years, from archaic humans such as Homo erectus and the Neanderthals, to reach one billion people. Now, a single continent, Africa, grows by a billion people in a few decades.

Some technologically sophisticated societies such as South Korea or Japan have low birth rates. Meanwhile, backward societies such as Niger or Yemen have high birth rates. Ethiopia will surpass Japan in population within this decade. Meanwhile, Ethiopia experiences tensions with Egypt over the use of water from the Nile River .[3] Egypt, too, has surpassed 100 million inhabitants, mostly crammed into a narrow strip along the Nile.[4]

Overpopulation in parts of Asia and Africa could potentially cause wars over water and other resources in the future. Some of these countries have problems feeding themselves even now.

If we state that 220-230 million people lived on the entire African continent in 1950, this is a reasonably realistic estimate. A single African country, Nigeria, now has a population of nearly 220 million people.[5] And it keeps growing fast. If this population growth continues, Nigeria alone could end up with a population larger than that of the entire European Union.[6] Africa is projected to have a population of perhaps 2.5 billion people by the year 2050.[7] The poorest and least technologically developed continent on this planet will thus have expanded its population ten to eleven times in less than a century. This is clearly not sustainable.

The global population is fast approaching 8 billion people. How many humans will live on this planet by the end of this century? 9 billion people? 10? 11? Or perhaps 12 billion people or more? The estimates vary. Diseases and other disasters may strike, and birth rates fluctuate. Yet countries such as Pakistan, Afghanistan, Egypt, Ethiopia and Nigeria will almost certainly have a growing population for many years to come.

Meanwhile, Europe looks like the sick man of the world. Nearly every single European nation has birth rates below replacement level. Europe seems old and tired. The ruling elites in some European countries barely try to maintain their borders, but actively promote the gradual ethnic displacement of the native population. To outsiders, Europe looks wealthy and weak. That is an extremely dangerous combination. It tempts predators who come to plunder. If the European whale is dying, better feast on its carcass now before others do so.

Europe is surrounded on its southern and eastern flanks by societies that fail in almost everything, except producing babies. Even countries that were once considered somewhat sophisticated, such as Lebanon or Tunisia, currently experience economic problems and send migrants to Europe.

A survey from 2020 indicated that nearly half of the young people in North Africa and the Middle East say they are either actively trying to migrate or are considering migrating to another country.[8] In 2018, a Pew Research Center study revealed that two-thirds of sub-Saharan Africa’s 1.1 billion people wanted to migrate to Europe or the USA within a five-year period.[9] These regions can send millions of migrants abroad every single year and still grow in population.

The number of people on the move in the world today is far greater than the number of people who moved during what Europeans call the Migration Period in the Early Middle Ages. It is unprecedented in all of human history, aided by modern technology for rapid transportation and communication.

A quick look at these numbers leads to an inescapable conclusion: Europe will probably be under siege for the rest of this century by an endless stream of migrants from dysfunctional countries throughout the global South, especially from the Islamic world and Africa.

Some say we should simply let these migrants in and “integrate” them into our societies. This is totally unrealistic.

First of all, Europe currently suffers from cultural self-loathing and does not have the self-confidence to absorb anybody. Secondly, many of the immigrants have no desire to become like us. And third, many of them have mentalities that differ so much from our own that we may never be able to successfully absorb them. Not even generations or centuries from now. They come from failed societies, and far too many of them recreate these failures in our cities.

This leaves only two possible outcomes to the current invasion and colonization of Europe. Either this invasion continues until Europe has become just as poor and backward as the lands these recent migrants come from. Or Europeans decide to send the invaders back, by force when necessary. Europe must choose to live or die. This choice must be made soon, before it is too late.

Europeans must set aside past grievances among Germans, Poles, French or Italians, among Slavic, Germanic and Celtic peoples, among Orthodox, Catholic, Protestant or atheist. Our common challenge in the coming century will be to preserve Europe as the ancestral homeland of European peoples.

It would have been great if the European Union had led these efforts. Unfortunately, the opposite seems to be the case. The EU often behaves as the anti-European Union: It leaves Europe open to invasion by intruding migrants, and tries to harass or silence native Europeans who oppose this invasion.