You will own nothing and you will be happy.

It started with cow farts & it ends with depopulation. They will outlaw your existence. The “net zero” scam will tax the lifeblood out of you for breathing through your muzzle. BoJo will get very rich from this scam. 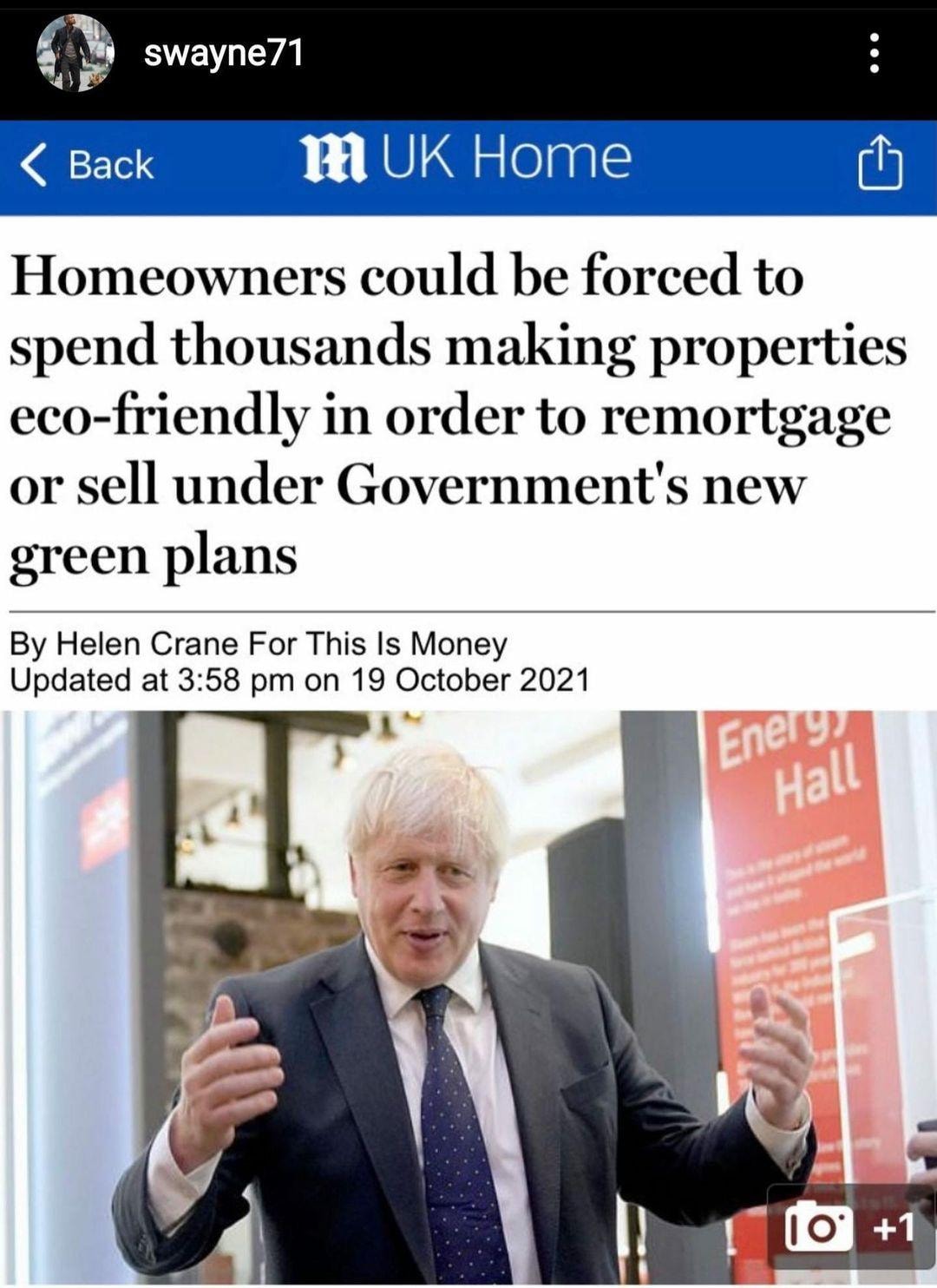 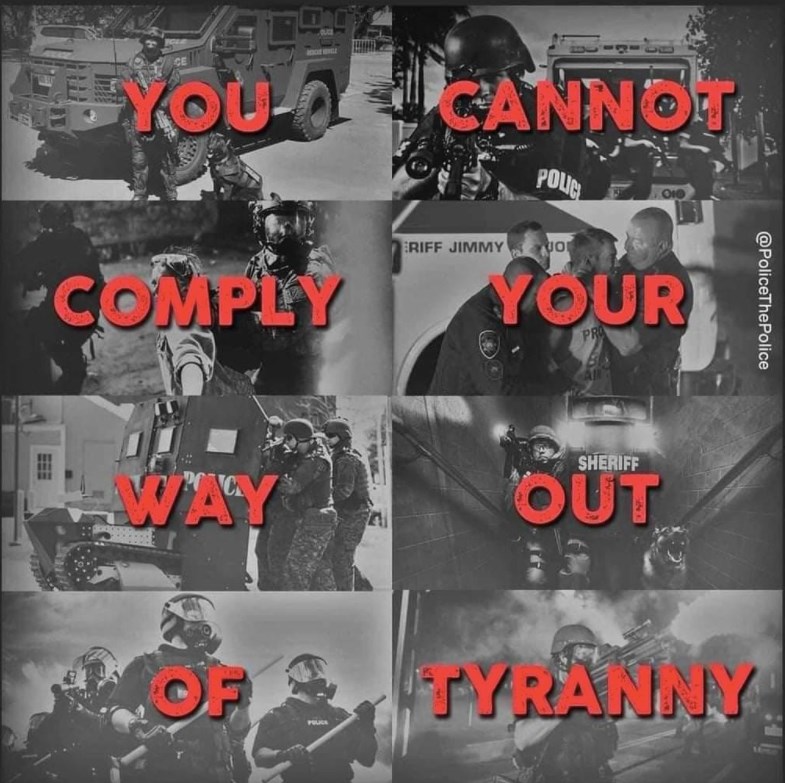 Watch the betrayal of the Australian people in real time. 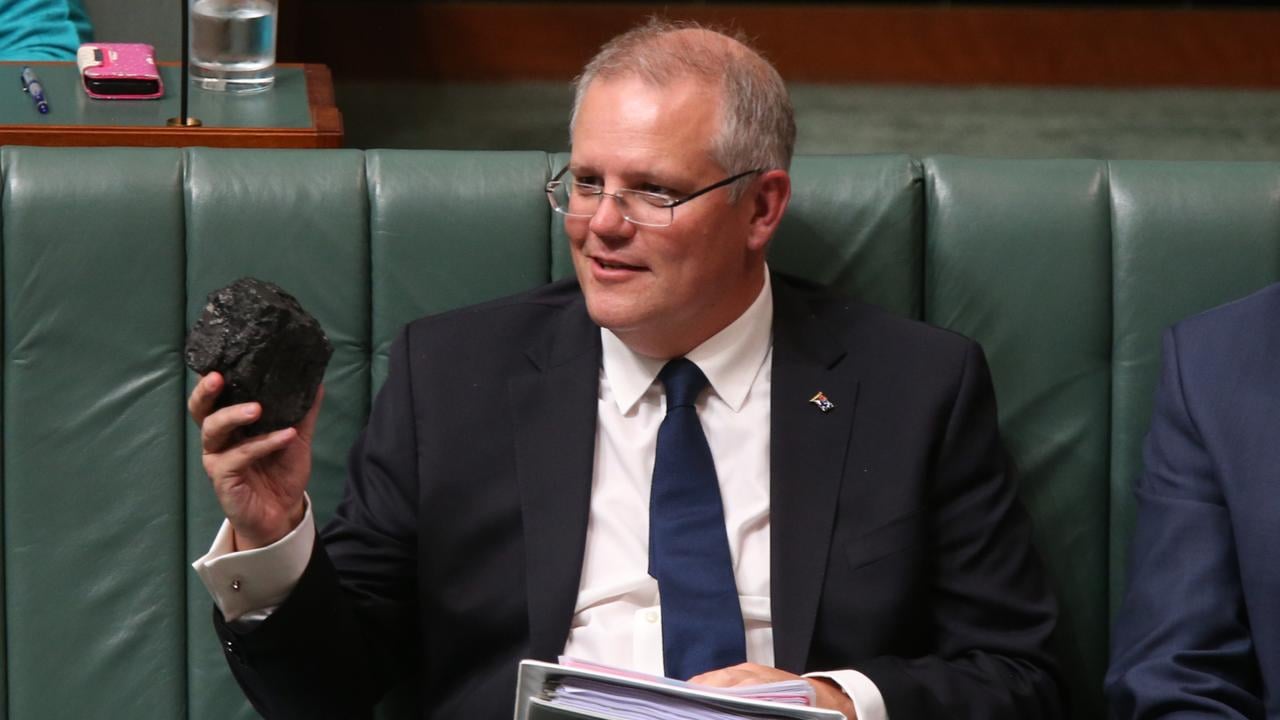 Andrew Bolt Herald Sun October 17, 2021
.
Scott Morrison is betraying Liberal voters who believed him when he waved a lump of coal in parliament and shouted “this is coal, don’t be afraid, don’t be scared, it won’t hurt you” The Prime Minister is making fools of conservatives who trusted him at the last election when he promised to save them from Labor’s global warming plans, saying its “emissions reduction target of 45 per cent will cost everybody’s wage $9000 a year”.
.
Instead, he’s now pushing for even bigger cuts – “net zero” by 2050 – and this time it’s supposed not to hurt a bit.
.
What a failure of leadership. And what a disastrous repetition of history.
When Europeans first explored Tasmania, they were amazed that Tasmanian Aborigines had taboos on eating fish, even though fish would have saved them from going hungry. They’d also lost the ability to make fire, as mainland Aborigines could.
.
Here we go again. Australia has vast deposits of coal and uranium ore. Coal is perfect for the cheap, reliable electricity that’s helped make us rich. Uranium is perfect for reliable nuclear power that is the zero emissions energy that global warmists demand.
.
Yet we’ve banned nuclear power for no sane reason and are now also making coal taboo. Morrison is now pushing his National Party partners to let him go to the big Glasgow climate summit next month with a “net zero” promise that will doom coal-fired power.
.
What a joke. Nothing Morrison promises will make a difference to the climate. We’re too small, pumping out just 1.13 per cent of the world’s man-made emissions.
.
That’s why every political leader I’ve asked – Kevin Rudd, Bill Shorten, Tony Abbott and Treasurer Josh Frydenberg – refused to say what difference their plans would make to the temperature. They don’t want you to know the answer is “essentially nothing”, as former chief scientist Alan Finkel admitted.
.
Nor is it clear that the small warming we’re seen should be stopped. Over the past 40 years Australia has had bigger crops and fewer cyclones, and many dams are close to full. Our planet is greening. And why is Morrison going to Glasgow when the leaders of China and India, which pump out a third of the world’s emissions, won’t say they’re going, too, instead ordering their power stations to burn more coal to avoid electricity shortages now crippling green Europe?
Morrison should just be straight with us. He’s only going because we’re being blackmailed.
.
Frydenberg says international investment funds, now fashionably green, will hit Australia with higher borrowing costs if we don’t promise net zero. Some European countries could hurt our trade if we don’t cave.
.
Morrison himself explained on the weekend we had to “deal with significant economic challenges as the world [sic] moves towards a net zero economy.”
The Prime Minister should explain his backflip by giving us those blunt realities, and should be honest: this has almost nothing to do with the climate.
.
It’s the green lies I cannot stand, and which insult our intelligence. We may have to give in to the blackmail, but we don’t have to give in to the bull. No, global warming is not an existential threat. No, the Great Barrier Reef is not dying. No, we’re not in more danger of dying in climate disasters.
.
But where is Morrison’s leadership? Most importantly, if he really does think Australia must give up its cheap and vast fossil fuels, why not campaign to end our irrational ban on nuclear power?
.
Morrison simply does not dare. He’s instead helping to deny us two great and proven power sources, and offering instead new green ones like blue hydrogen and green hydrogen that haven’t even been shown to work.
This is insanity to match Tasmania’s Aborigines throwing away their boomerangs, barbed spears and fish hooks.
.
Alan Finkel, himself a warming activist, last week conceded “in practice the future costs for both green and blue hydrogen remain unknown”.
.
The International Energy Agency likewise admitted “reaching net-zero emissions will require the widespread use after 2030 of technologies that are still under development”.
.
The Business Council of Australia this month demanded a 50 per cent cut to our emissions which it admitted – incredibly – depended on “requisite technologies (that) had not all been developed”.
.
And so our new-age global warming primitives walk off to a mystic future, Morrison at their head, damning technologies that made us rich and promising magic solutions the other side of that rainbow. We are watching another civilisation in decline.