Now that Covid hysteria has established that any degree of tyranny can be inflicted in the name of public health, political agendas are repackaged as diseases. If “racism” can be a health crisis, so can the ever-fluctuating climate.

Kyle Merritt, head of the emergency department at Kootenay Lake Hospital in Nelson, British Columbia, wrote “climate change” on the chart of a patient in her 70s who had a long list of health problems, some of which may have been exacerbated by hot weather. He explains why he did it:

“If we’re not looking at the underlying cause, and we’re just treating the symptoms, we’re just gonna keep falling further and further behind.” 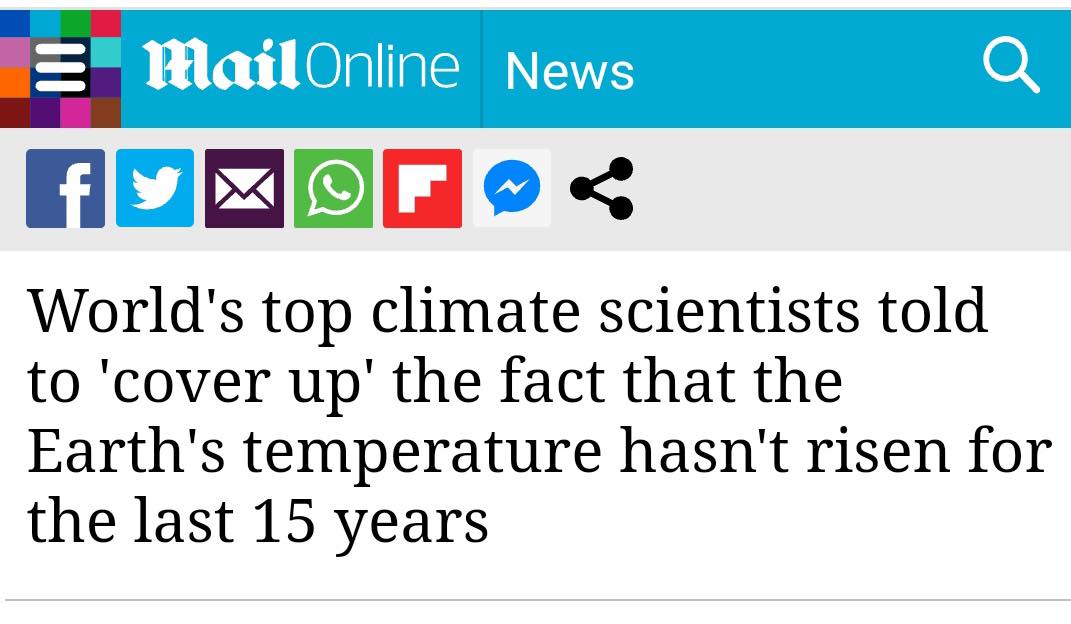 You can’t reason with believers. No amount of authentic evidence will convince them otherwise. 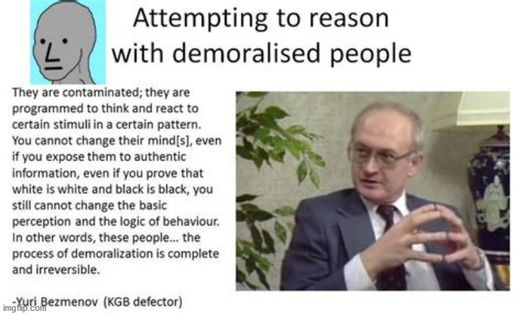 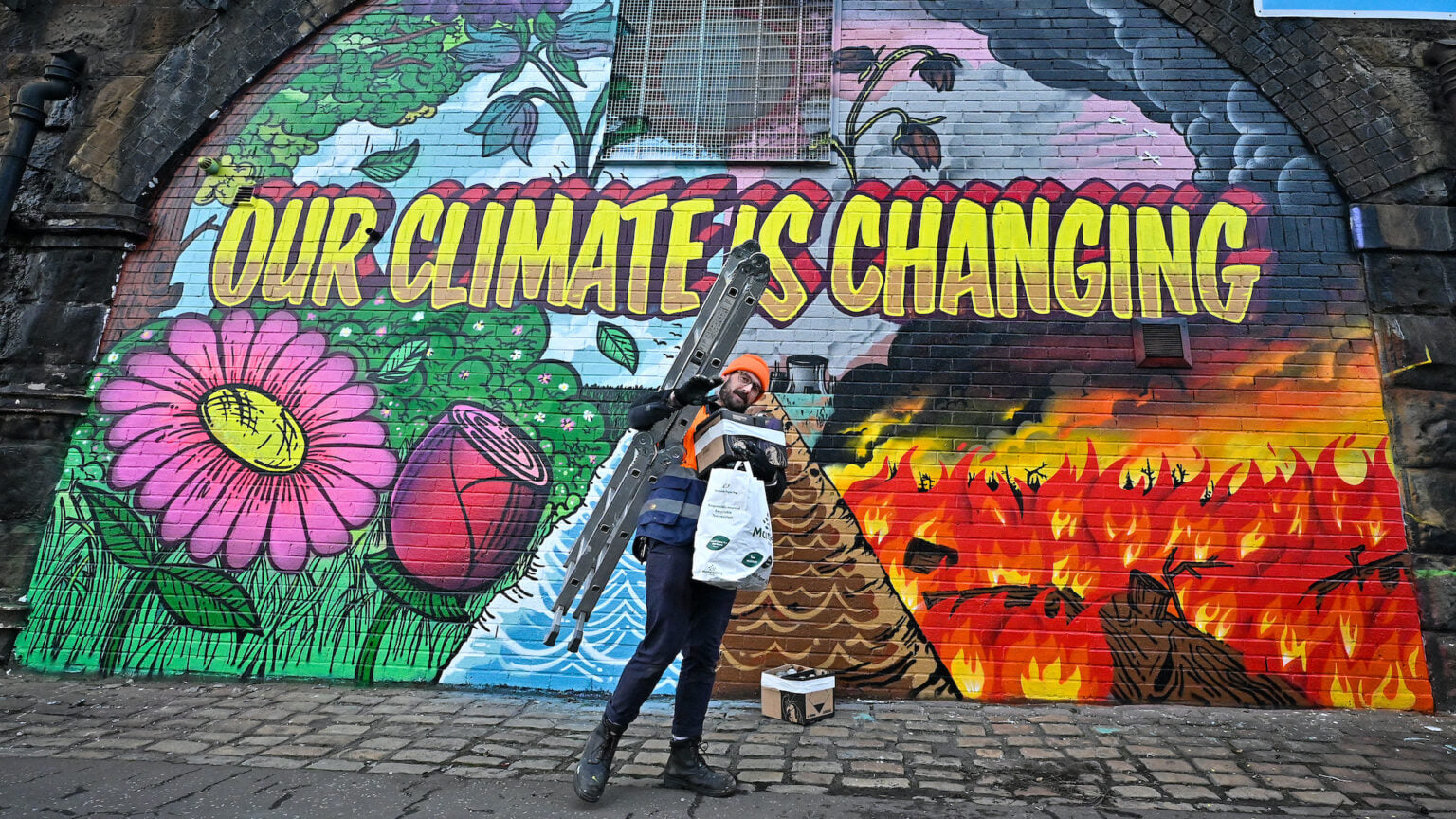 Climate Derangement Syndrome
.
Brendan O’Neill Spiked Online 5th November 2021
.
Climate change is going to be worse than the Holocaust. It will give rise to a global epidemic of gang rape. There’ll be murder, war, slaughter. Your friends will die. Your children, too. The carbon-fuelled heating of the planet will bring ‘human life as we know it’ crashing to a violent, fiery end. It will be nothing less than doomsday.
.
These are just some of the hysterical claims that have been made in the discussion around COP26. As world leaders private-jetted their way to Glasgow for the latest UN gabfest on how to save the planet from mankind’s dirt, hubris and avarice, there was a severe outbreak of Climate Derangement Syndrome. Prime ministers, bishops, princes and noisy greens all tried to outdo each other with their apocalyptic warnings. It has been a grim competition of catastrophes, an orgy of hyperbolic prophecies that wouldn’t look out of place in the Book of Revelation. 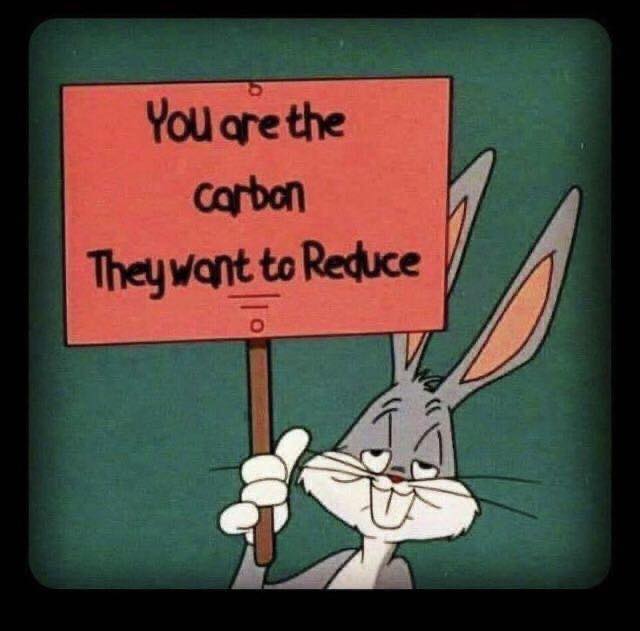 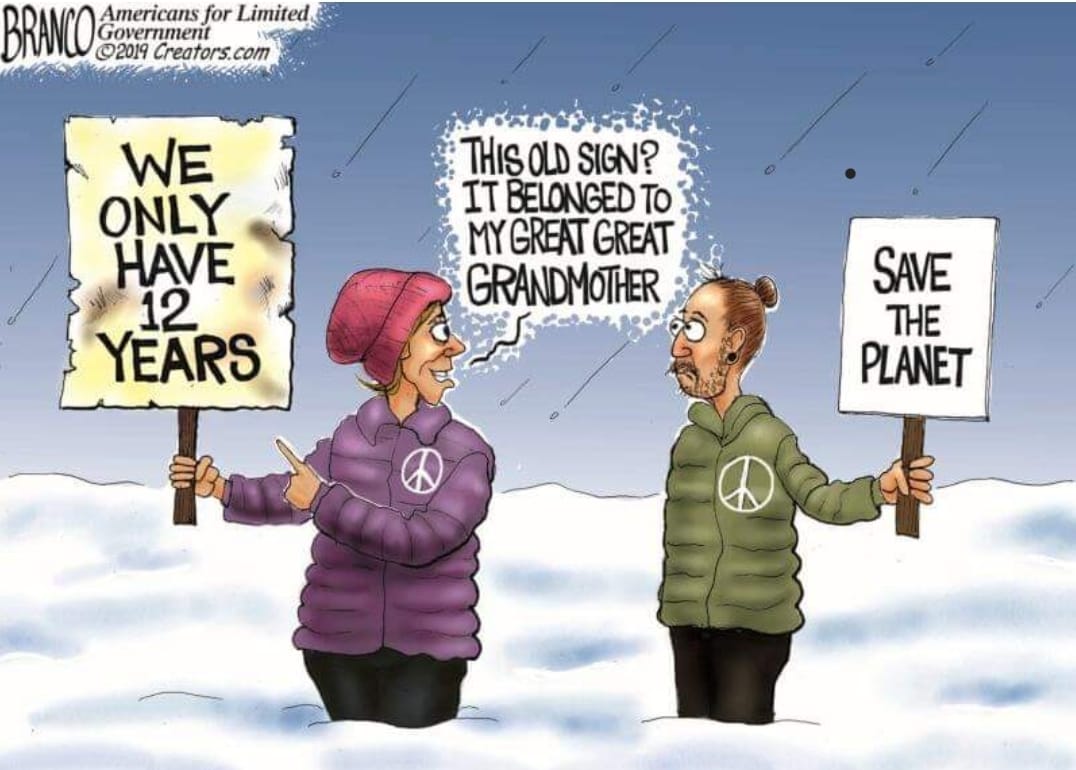 Read up on the Club of Rome, a neo-Malthusian organization (members include Al Gore, George Soros, Bill Clinton, Kofi Annan and the likes) and their 2 books, The Limits of Growth 1972, and The First Global Revolution 1992. According to them the real enemy is humanity itself.
.
If they could show that there was a coming catastrophe, a threat that transcended national boundaries and that man, man from the wealth nations in particular, was responsible then they could bring about drastic change to prevent said “catastrophe” and save the planet by introducing a single global government.
.
The members of the Club of Rome and its ilk, had, have, tremendous influent on the UN, made up in the main of similar minded socialist driven by an insatiable thirst for power. The whole purpose of the UN Conference on Environment and Development (The Earth Summit) in Rio in 1990, or there about, was the transfer of wealth from rich nations to poorer ones. It was spelt out in the conference documents, in the subsequent UN Agenda 21 and 30 documents and is the driving force, or raison d’etre, behind the UN’s IPCC (Intergovemental Panel on Climate Change) ……. the oft quoted, supposed scientific authority on climate change.
.
The IPCC is the body that the leftists and progressive most often reference when they scream “believe the science” any time one questions the absurdity of Anthropogenic drive climate change. Yet the IPCC actually does no research of its own, it is merely an advisory group, (the original 2500 members of the first IPCC back around 1990 included only about 500 scientists ( and no climate scientists as such as there was no such thing as a “climate scientist” at the time) with the remaining 80%of the panel being government types, administrators and various green types). It sifts through published science papers etc to find those that fit its narrative and endorses and promotes those at the expense of real science..
.
Read the original IPCC brief and you will find that the task set the panel members was to find what influence man had on climate . No mention at all about finding what were the actual primary or significant influences on climate were. They did not look at natural CO2, water vapor, or clouds and they certainly did not examine the influence of the Sun or any other cosmic influences on planet Earth.
Why you may ask …… For the simple reason they already knew what they wanted to find. Rule number one for these folks is “never ask a questions that you don’t already know the answer you want to get”.
.
The UN and its elite friends want a One World Government (OWG), a New World Order if you will, ruled over by the unelected elites and they needed a vehicle to beat the peasants into submission. They determined that Climate Change was it, the best vehicle to achieve that given the climate impacts every part of the planet.
.
And that answer was that man was the driving influence on climate. They had determined that was the reason because you cannot tax natural occuring CO2, water vapor, Clouds, or the sun or cosmic influences but you can tax manmade CO2 and methane emitters.
Unfortunately for the results of the research of the first IPCC panel found that man MAY have some influence on climate but the research showed that it was not significant ……… the draft document was change by Maurice Strong and his pals without reference back to the experts who drafted it. So much for believe the science. The draft was change from some influence that would be determined 100 years or so into the future to virtually the sole influence on climate and the happening now.
.
A word on Maurice Strong, he was a Canadian Multi-millionaire, who, at the request of UN Sec General UThant, organized the First Earth Summit – The Stockholm Conference on Human Environment in 1972 where he said “isn’t the only hope for the planet is the collapse of industrialized nations? Isn’t our responsibility to bring that about “.
.
When asked why he didn’t enter politics to achieve his goals he replied he was going to the UN where he could raise his own money from whomever he liked, appoint anyone he wanted and control the agenda. He used his role at the UN as a platform to sell a global environment crisis and the Global Governance Agenda.
.
Unfortunately for the UN and it OWG pals Mother Nature keeps refusing to co-operate, crushing their dreams of a future ruled over by the elites.
.
Given the way Covid has evolved and been played by WHO and the other Usual Suspects, one cannot help but feel that it is also part of the push by the OWG scoundrels to get the peasants to accept OWG.
Just a matter of connecting the dots.