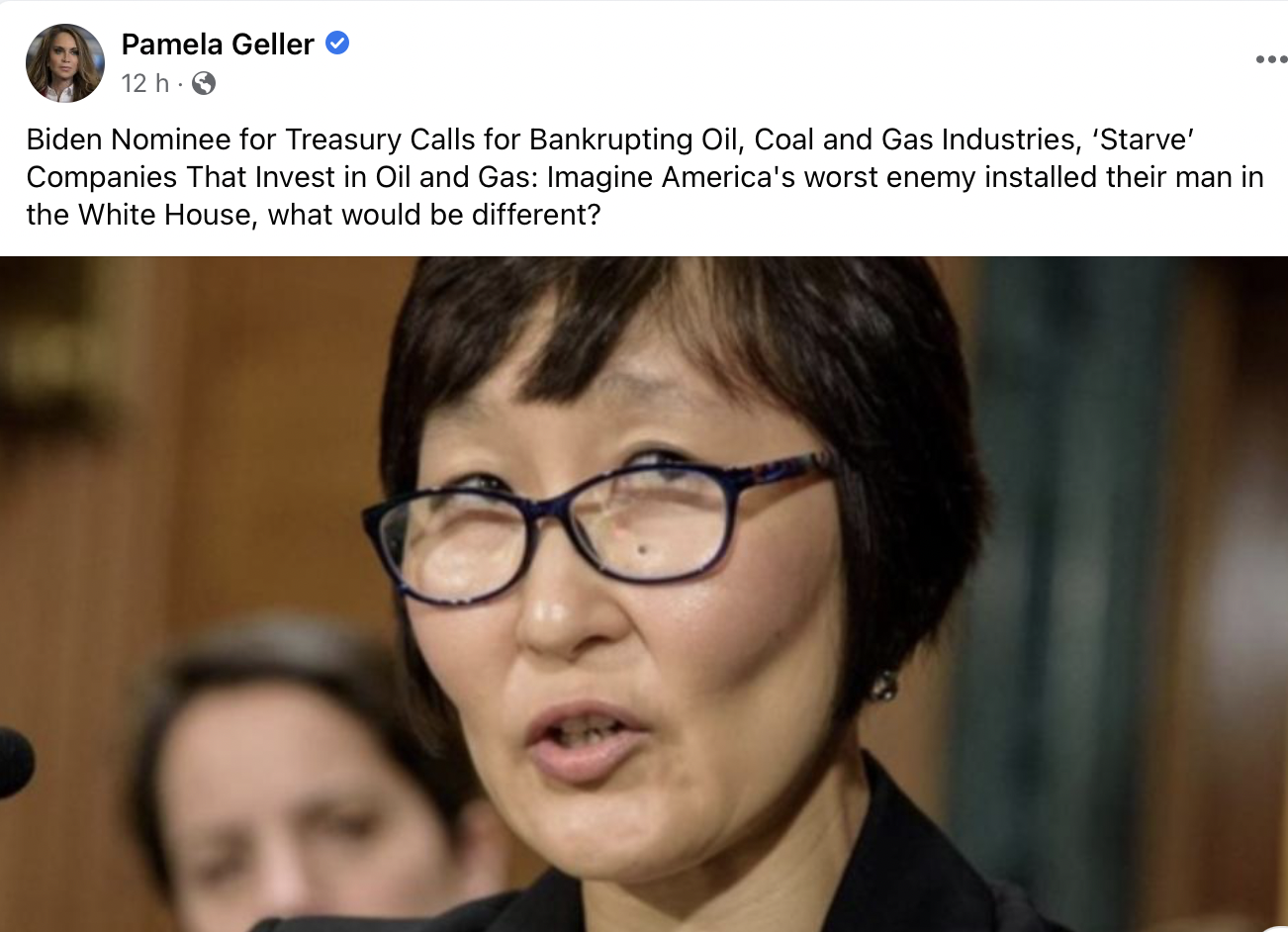 Against catastrophic outcomes, we have been pointing out how the people within the Biden administration are not incompetent; they know exactly what they are doing, and they are destroying the U.S. economic system on purpose.  All of their economic damage is by design, it’s a feature – not a flaw.

An example today is so demonstrative of that point, it’s almost a parody. Joe Biden’s nominee for the Office of the Comptroller of the Currency (OCC), a branch of the Treasury Department that polices some 1,125 banks, is a communist ideologue named Saule Omarova. She is directly from communist central casting and literally from Kazakhstan in the former Soviet Union. Ms. Omarova graduated from Moscow State University in 1991, and Joe Biden nominated her for the OCC job in September.

Today, Ms. Omarova is caught on tape saying it is the intent of the Biden administration to use the treasury department to bankrupt oil, coal and natural gas companies. This is what happens often with avowed ideologues; they are so focused on their mission to destroy the U.S., they often just say the stuff out loud. WATCH: