CLAIM: Facebook’s supposed “fact check” operation is actually a vehicle for opinion, and is not, as claimed, based on fact.

VERDICT: TRUE. Facebook admitted as much in court filings this week, noting its fact checks are actually just opinions.

Facebook admitted that its “fact check” operation — which can make or break online publishers — is not, actually, factual.

I post this. It’s evidence based. It is factual. Biden said it. 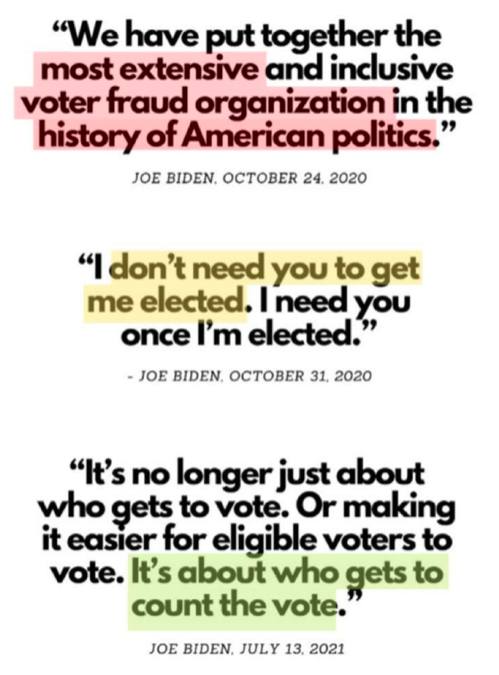 Along comes some FB retard who is paid to put a sticker on it: 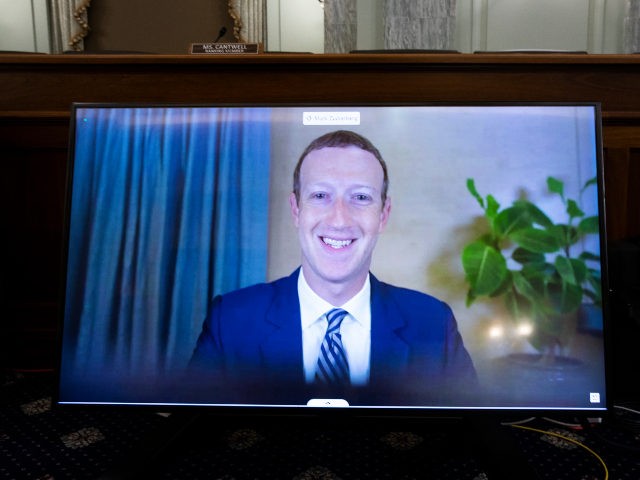 CLAIM: Facebook’s supposed “fact check” operation is actually a vehicle for opinion, and is not, as claimed, based on fact.

VERDICT: TRUE. Facebook admitted as much in court filings this week, noting its fact checks are actually just opinions. 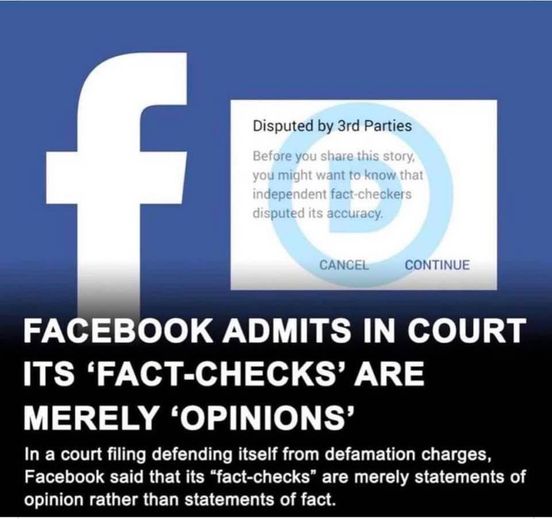 Facebook admitted that its “fact check” operation — which can make or break online publishers — is not, actually, factual.

The bombshell emerged from Facebook’s court battle with John Stossel, who is suing the company for defamation over its decision to add “fact check” labels to the libertarian pundit’s videos about climate change.

From page two of Facebook’s court filing (emphasis ours):

Beyond this threshold Section 230 problem, the complaint also fails to state a claim for defamation. For one, Stossel fails to plead facts establishing that Meta acted with actual malice— which, as a public figure, he must. For another, Stossel’s claims focus on the fact-check articles written by Climate Feedback, not the labels affixed through the Facebook platform. The labels themselves are neither false nor defamatory; to the contrary, they constitute protected opinion. And even if Stossel could attribute Climate Feedback’s separate webpages to Meta, the challenged statements on those pages are likewise neither false nor defamatory. Any of these failures would doom Stossel’s complaint, but the combination makes any amendment futile.

Facebook, now calling itself “Meta,” asserts that Stossel needs to “attribute Climate Feedback’s separate webpages to Meta” because of the tech company’s outsourcing of censorship to third-party fact checkers, made up of liberal media organizations and nonprofits. Facebook uses this system to distance itself from responsibility from any fact-checks, by arguing that the decisions are made by third-parties rather than the company itself.

Fact-checking has long been recognized as a cover for editorial opinion — one that may actually backfire, as Facebook discovered in 2017, when it found that its “red flag” for news that it considered fake actually drew more users to read it.

Some media outlets — notably, the Washington Post — dropped parts of their fact-checking operations entirely (in the Post‘s case, the database of “lies”) once Donald Trump was no longer in office. Biden has been known for telling whoppers for his entire career, but the reality is that “fact-checking” outlets typically target Republicans, and neglect their Democratic rivals.

As such, Facebook “fact checks” often reflect the opinions of the third-party media outlets that Facebook uses as fact-checkers. Whether they are right or wrong, the entire exercise is inextricable from problems of bias and conflicts of interest.

Joel B. Pollak is Senior Editor-at-Large at Breitbart News and the host of Breitbart News Sunday on Sirius XM Patriot on Sunday evenings from 7 p.m. to 10 p.m. ET (4 p.m. to 7 p.m. PT). He is the author of the recent e-book, Neither Free nor Fair: The 2020 U.S. Presidential Election. His recent book, RED NOVEMBER, tells the story of the 2020 Democratic presidential primary from a conservative perspective. He is a winner of the 2018 Robert Novak Journalism Alumni Fellowship. Follow him on Twitter at @joelpollak.

One thought on “Facebook Fact Checks Are Opinions, Not Facts”