Now that ‘triple vaxxed’ is the new definition – only about 7% of Australia is ‘fully vaxxed’. …see how this works? 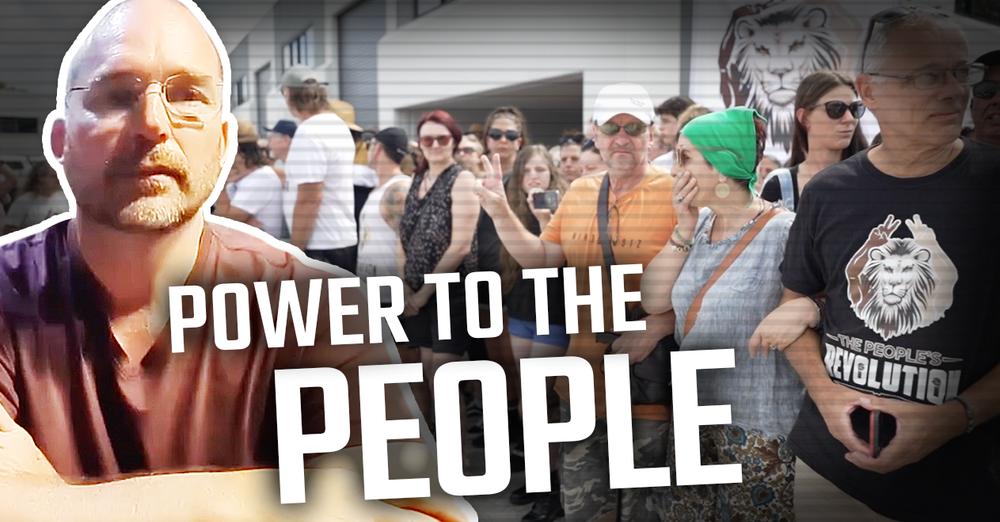 A large crowd of supporters have rallied to show their backing for a Gold Coast coffee shop targeted by police over the enforcement of COVID vaccine mandates.

A call was put on social media for supporters of Noego Coffee to ‘take action’ and to defend their right to serve all customers, regardless of vaccination status.

Supporters turned out in force to blockade the venue with police on the scene deciding not to engage with the large crowd.

Cafe owner Daniel Salter said it was important to make a stand for the values that represent his small business.

“Our cafe has always been based on respect, awareness and love,” he said.

“The mandates, when they came in, it was just opposing everything we believed in, so we felt the only thing we could do was stand our ground. We knew that it wasn’t law and as a result we’ve had lots of support.

In a video posted to the Noego Coffee Facebook page, Salter expressed his gratitude for the hundreds of supporters who dropped everything to stand with the cafe owners and staff.

He also described the incident with police as ‘incredibly uncomfortable’ after refusing to comply with orders and confirming he had been fined for non-compliance.

”They have stated that they will be back to force closure and I said ‘I’m prepared for that,” he said.