A presidential candidate patriotic Frenchmen can believe in. 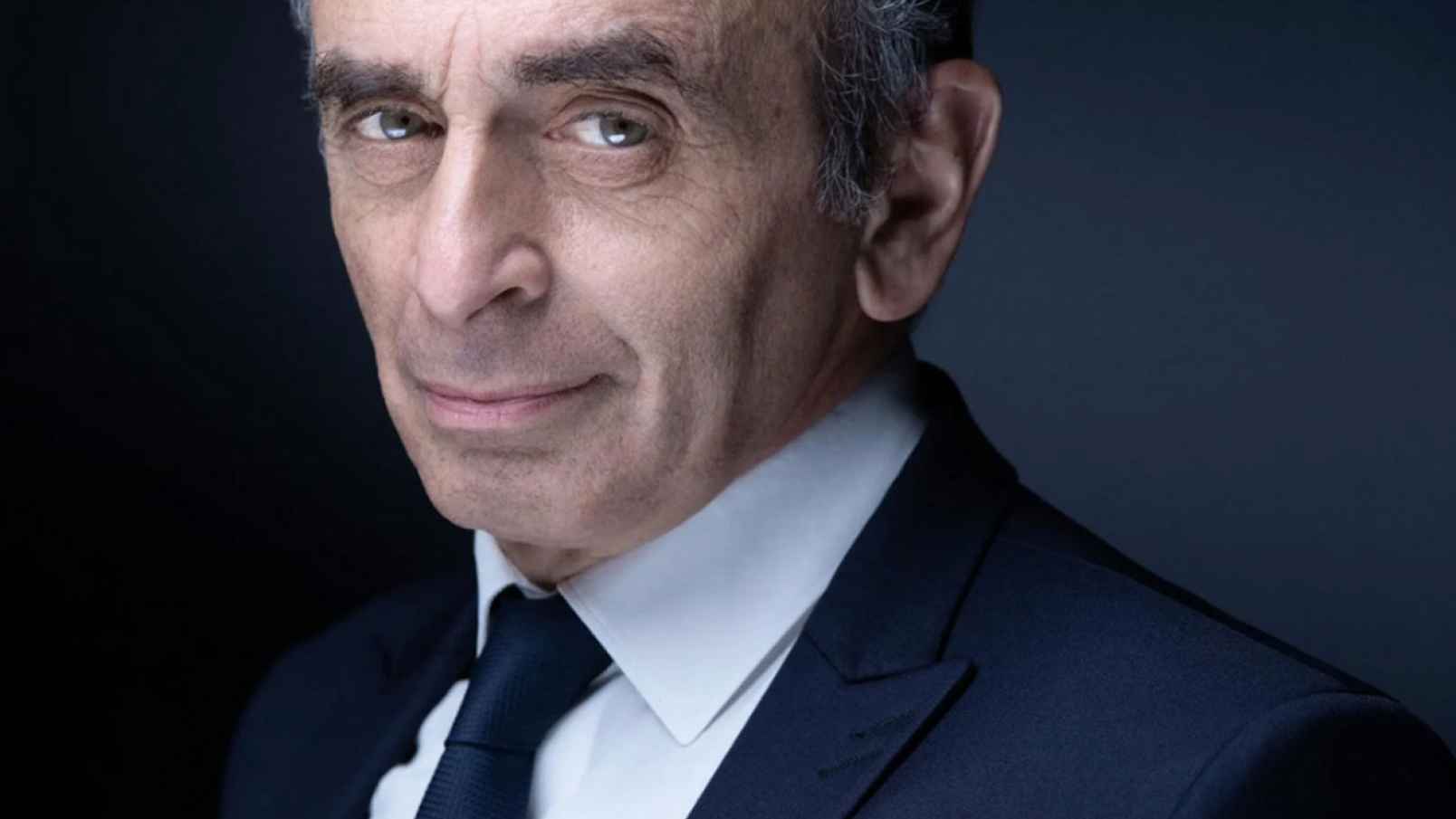 Well, he’s in. And he did it in a pretty spectacular way.

Last week, in a seven-minute video, Éric Zemmour – the fearless columnist and TV commentator whose latest book, France Has Not Yet Had the Last Word, I wrote about here last month – officially announced his candidacy for president of France. And it could hardly have been more powerful. It wasn’t just an announcement; it was an oration for the ages.

“My dear compatriots,” began the man widely known as “France’s Trump,” “for years, the same feeling has gripped you, oppressed you, haunted you: a strange and penetrating feeling of dispossession.” As he spoke, music played. Beethoven’s Seventh. Many commentators jumped on this: how could a man so preoccupied with all things French use a German symphony for his music bed? Fair enough: it would’ve made more sense to pick, say, Faure’s Requiem or Messiaen’s Quartet for the End of Time.

Zemmour continued. “You walk the streets of your city and you don’t recognize it. You look at your screens and you are spoken to in a language that is strange and, quite frankly, foreign.” The video cut back and forth between a shot of Zemmour reading his announcement – an old-fashioned radio microphone in front of him, a wall of old books behind him – and images of street violence, girls in hijabs, soccer players “taking the knee,” subway crime.

And, as we viewed images of Versailles, a classroom, a theater stage, a laboratory, the names rolled on: Hugo, Descartes, Pasteur, Molière, Racine. Even Jean Gabin and Alain Delon. Although Zemmour gave France credit for the invention of the car (arguable), it was an impressive and, yes, powerful litany. I know it was powerful because it worked on me – a person who’s capable of being quite snotty about the French.

Sharpening the contrast between past and present, Zemmour observed that the France of bygone days is gone, or going. “You haven’t moved and yet you feel as if you’re not at home anymore. You haven’t left your country, but it is as if your country has left you.” This feeling of loss, he noted, isn’t new: what’s new is the unashamed and widespread public acknowledgment of it. “For a long time,” Zemmour said, “you believed that you were the only one to see, to hear, to think, to fear.” Now that’s changed: it’s become clear that this “feeling of dispossession” is shared by everyone – even though the elites (“journalists, politicians, academics,” and so on) continue to deny “the seriousness of our decline…the reality of our replacement.”

Finally, Zemmour spoke of himself. “For a long time I was content with the role of journalist, writer, cassandra, whistleblower.” He expected some politician “to seize the torch” from him. But it never happened. So “I have decided to take charge of our destiny.” Zemmour asked the people of France to elect him president – and thereby save French children from a future of barbarism, French girls from a future of veils, French boys from a future of submission.

We must, he maintained, “preserve our ways of life, our traditions, our language, our conversations, our controversies over history or fashion, our taste for literature and gastronomy.” Was it frivolous to include fashion and food on this list? Perhaps. But then, what’s French culture without frivolity? Again, after citing France’s glorious military, literary, artistic, and scientific achievements, Zemmour said: “The charm of our art of living is the envy and the happiness of all those who taste it.”

That last line is amusing and touching at the same time. Because only a Frenchman would ever say such a thing about his culture. Only Frenchmen talk about the “art of living” (art de vivre). And good for them. It’s important to talk about such things. There’s a reason Jefferson mentioned “the pursuit of happiness” in the Declaration of Independence. Contrast Zemmour’s line about art de vivre with the Ayatollah Khomeini’s famous remark about Islamic culture: “There are no jokes in Islam. There is no humor in Islam. There is no fun in Islam.” Given a choice between the two, I’ll take France – and give me a glass of Cabernet Sauvignon, please, with my boeuf bourguignon.

I’ve omitted a lot of Zemmour’s speech in my brief summary – including terrific lines about the tyranny of the EU, the “Third Worldization” of Europe, the poison of gender and “Islamo-leftists” in French schools, and even, in an apparent nod to Lincoln, the words “of the people, by the people, for the people.” Watch the whole thing. It was stirring – a commanding, supremely eloquent dose of home truths. It was also utterly French – its emotional extravagance as ripe as the ending of The Umbrellas of Cherbourg, its romantic patriotism as electrifying as the scene in Casablanca where everyone at Rick’s defies the Nazis by singing the Marseillaise. The nostalgia was worthy of Proust, and the ubi sunt form brought to mind Villon’s Ballade des dames du temps jadis, in which each stanza famously ends with the words “Where are the snows of yesteryear?” French commentators saw deliberate echoes of Charles de Gaulle’s famous speech of June 18, 1940, calling for free Frenchman to resist the German occupation.

In short, as candidacy announcements go, it sure as hell was above-par. But of course the critics didn’t think so. In the New Yorker, the always fatuous Adam Gopnick managed to call Zemmour an “ultra-nationalist” and “far-right,” and to describe his candidacy as “bizarre,” with “alarming echoes of Vichy France.” And that was just in the headline and subhead. As for Zemmour’s video, Gopnick found it “strange,” “odd,” and (again) “bizarre.” He criticized the use of Beethoven’s Seventh not because it’s German but because it “was broadcast on wartime German radio on Hitler’s birthday.”

This wasn’t Gopnick’s only ham-handed attempt to smear Zemmour by association: that Zemmour is the son of Algerian Jews “shouldn’t be any real surprise,” Gopnick explained, since “leaders of extreme nationalist fervor always tend to rise from the extremities of a nation—Napoleon the Corsican, Stalin the Georgian, and even Hitler the Austrian.” And then there was this shabby touch: “every country finds its own style of fascism….In Italy, it was operatic in spirit and neoclassical in form; in Spain, grimly Catholic; in Germany, violent and histrionically spectacular. It is no surprise that the American face of authoritarianism took on the forms of celebrity television, nor should it be any more of a surprise that the French face of it…should be that of apparent erudition loaned out to a vengeful, inward-turning hatred of the Other.”

Over to the Guardian, where Didier Fassin, the very model of an elite French academic (he is a professor both at Princeton and at the École des Hautes Études), predictably assailed Zemmour’s “toxic ideas,” his “extremist views,” his apparent approval of “people comparing Nazism with Islam.” (Remember: one mustn’t ever compare Islam to Nazism; one should only equate resistance to Islam with Nazism, as Pope Francis did the other day, likening migrant camps in Europe to Auschwitz and the Gulag.) For Fassin, Zemmour’s rise reflects the fact that “French public discourse is increasingly characterised by Islamophobia, xenophobia and racist and sexist ideas.”

Around the globe, the legacy-media spin was much the same. France 24 calledZemmour “sulphurous.” Cambridge lecturer Christopher Bickerton sneered at Zemmour for “appeal[ing] to a certain image of France.” Uh, yes, a France where cars aren’t being torched and the streets aren’t packed with prayer rugs. Several commentators described the “great replacement” – the recognition that, if present trends continue, Muslims will eventually take over France – as a “conspiracy theory.” If so, then most Frenchmen are conspiracy theorists.

In Le Monde, Franck Johannès and Ivanne Trippenbach asked how Zemmour could be a presidential candidate “after he has twice been convicted of incitement to racial hatred.” The elites seem not to grasp that for more and more French voters, being found guilty of criticizing Islam by a court of law is a badge of honor. Yet another clueless observation came from Benjamin Haddad, the European Director of the Atlantic Council (and an ardent EU-lover and Trump-hater), who attributed to Zemmour “an obsession with decline that borders on self-hatred.”

No, one mustn’t be “obsessed” with France’s decline. That’s Islamophobic. The only proper response to the Islamization of Europe is to bite one’s tongue and do one’s part to make the great replacement as smooth and peaceful a process as possible, even as one firmly insists that it’s a far-right fantasy. Yes, one can make occasional attempts to placate the general public, as Macron did in October of last year, with promises of ambitious programs to address the Islamic challenge; but one must realize that the purpose of such promises is to quell the anxious masses, and that they should on no account be taken seriously.

I may be wrong, but I have the sense that Zemmour can be taken seriously.  I’ve said before that he reminds me of the heroic Dutch martyrs Pim Fortuyn and Theo van Gogh, who paid for their seriousness about Islam and liberty with their lives. Zemmour also brings to mind another noble Dutchman, Geert Wilders – a patriot who, for nearly two decades now, has repeatedly sounded the alarm about the existential threat of Islam, refusing to mince words or back down in the face of death threats, media slander, and judicial harassment. The question about Zemmour, as with Wilders, is whether a majority of his country’s voters do indeed care about their homeland, their history, and their freedom enough to risk being branded as bigots, racists, and Islamophobes.

3 thoughts on “Zemmour Throws His Hat in the Ring”