From John & confirmed:
The temperature has fallen so low (-30C) on the Greek Coast this week that the sea froze.
What was it the Flannery “guru” told us all 14 years ago?
Yet he conned Liberal-Nationals-Labor-Greens.
And who pays? We the people. 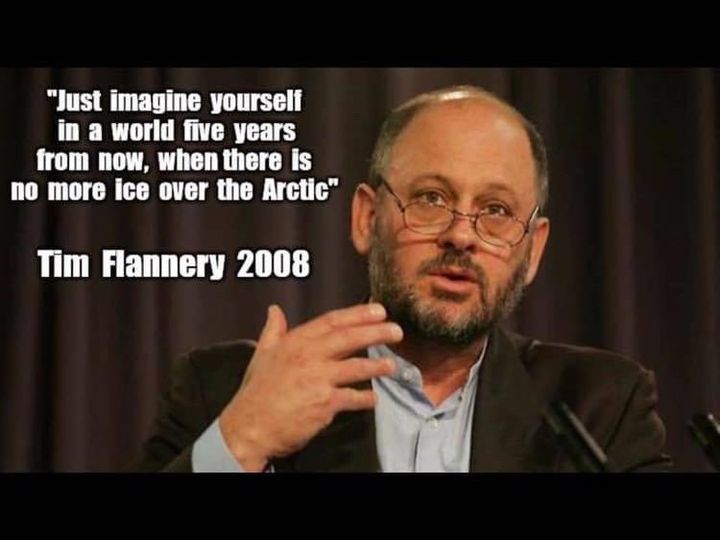 Warming racketeers need to be tarred and feathered, quartered & guillotined. 30 to 40 years of climate BS is enough.

Bureaucrats living on taxpayer funds are manipulating temperature data to push the theory humans are warming the plant to a catastrophic point and must rapidly deindustrialise via the closure of coal-fired power plants, mines and manufacturers 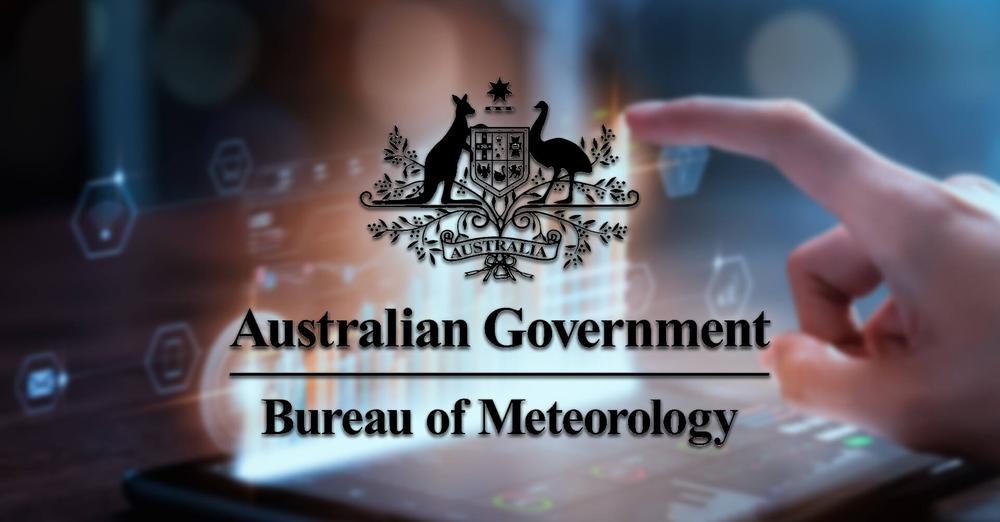 They have remodelled Australia’s official temperature record for the third time in nine years.

To the surprise of nobody with their finger on the pulse, the Bureau found things to be warmer than thermometer readings had measured.

Researcher and journalist, Chris Gillham, said the impact of adjustments to ACORN versions 1, 2, 2.1 and 2.2 was to cool the past and warm the present.

Scientist Jennifer Marohasy, an outspoken critic of the Bureau’s manipulation of climate data said: “I have shown repeatedly, including in peer-reviewed publications, that without scientific justification historical temperatures are dropped down, cooling the past. This has the effect of making the present appear hotter – it is a way of generating more global warming for the same weather.”

“Most recently in December 2021, but without giving any indication of how this will affect the overall trend as reported each year in the Annual Climate Statement.”

The Bureau of Meteorology is manipulating climate data with taxpayer money to push the theory that humans are warming the planet to a catastrophic point and therefore must rapidly deindustrialise via the closure of coal-fired power plants, mines and manufacturers. 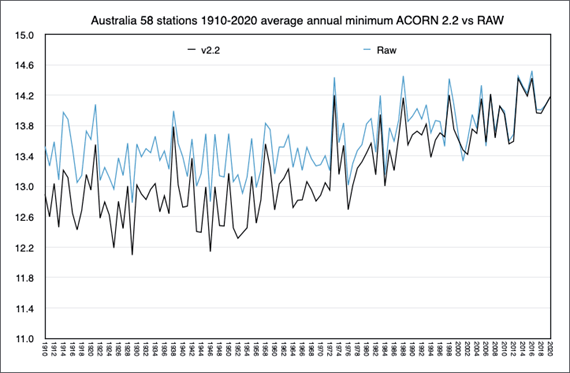 As so many Australians already know, this island has experienced harsh droughts and devastating floods – in line with Dorothea Mackellar’s 1904 assertion that this land is one “of droughts and flooding rains” – for centuries. And the evidence is plentiful.

As outlined in a letter written by Mr N. Bartley to The Queenslander on Saturday the 19th of September 1885, “from 1782 to 1792, Captain Flinders landed at intervals in various places on the south and east coasts of our continent, and he found traces of drought and bush fires invariably”.

Then came a wet period, and in nearly every year from 1799 to 1806 there were high floods in New South Wales. The Hawkesbury River, it is stated, rose 101ft. at the town of Windsor, crops were destroyed, wheat cost 80s. a bushel, and there was almost a famine, as may well be imagined.

In 1830 came the first great flood for eleven years, and Windsor, on the Hawkesbury, was, once more, an island pro tem.

After this, however, the years were moderately but decidedly dry ones, and A.D. 1837, 1838, and 1839 brought a three years’ drought, which almost exterminated the sheep and cattle of Australia, and dried up that great “father of waters” the big Murrumbidgee River itself, leaving the very fish to putrefy in the dry bed thereof, and anyone who has seen and crossed this river in flood time, ten miles wide (as I have), can imagine what weather it took to dry it up, for the main river, though narrow, is very deep.

Then came more floods after the break-up of this drought; and, in 1841, was the highest known flood in this part of the world. The Brisbane and Bremer rivers were both in flood at once, and the water rose 70ft. at Ipswich.

From 1841 to 1849 there was rather more rain than was wanted, but the latter half of 1849, all of 1850, and the early part of 1851 gave us another severe drought, and “Black Thursday,” 6th February, 1851, “boxed” the scattered bush-fires of the colony of Victoria into one vast wide blaze, before a northerly hurricane, which blew coaches and men-of-wars’ rowing boats over like hats. Farms, buildings, fences, crops, and lives were lost of course.

1869 and 1877 were dry years; 1882 and early 1883 were wet, and then, after the Java and Sumatra earthquake of August, 1883, came the constant evening glow and iron drought that has scarcely been broken since; the present is, no doubt, one of the periodic heavy droughts (like the 1826 and 1838 ones) which visit us at times, and become forgotten in the flood intervals, and it seems to be further complicated by the Krakatoa earthquake of August, 1883, on which occasion the pent up subterranean gases which usually form a comparatively harmless vent in ordinary volcanoes became increased, and found it needful to burst up a large area of sea and land in order to find escape.

Since then cholera and floods in the Northern Hemisphere, drought and its attendant diseases in this hemisphere, have been rife.

And that was all before coal-fired power…