Joe Rogan has a bigger audience than CNN and MSNBC combined, and Big Tech is terrified.
I’m still baffled how many people still haven’t figured out why independent news are really called “fake”.
YouTube just removed the Joe Rogan interviews of both Dr Robert Malone as well as Dr Peter McCullough. Two of the most notable and accomplished experts in the world.
The United States Government can’t violate our rights, but a private organization can?
40 million listened/watched Joe Rogan interview Dr. McCullough.
Largest podcast ever. People are awakening. 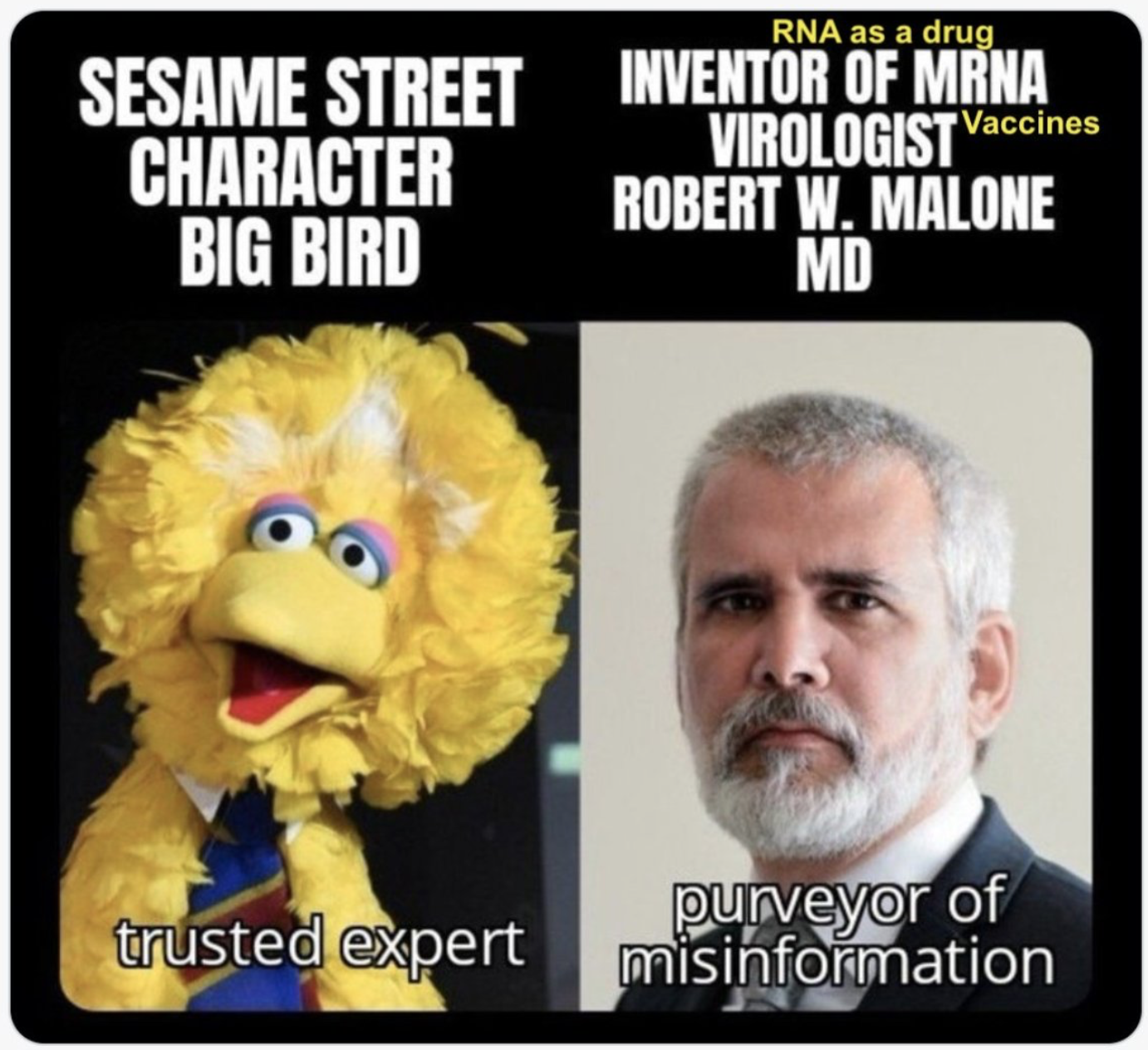 If Dr. Malone isn't “qualified enough” to be a part of the conversation, who is?

They trust Bill Gates more than the actual expert.

Yep, they lied again. And got caught again. They always get caught, which is nice, but it would be even nicer if they didn’t lie.

Dr. Jordan Peterson is calling for Montrealers to resist curfew restrictions that are once again being implemented in Quebec, as cases of the mild Omicron variant continue to skyrocket in the province.

“The cure is far worse than the disease,” wrote Peterson in a Twitter thread posted on Friday, the day that the province is set to impose the measure on its highly vaccinated populace. “Unbelievable. Time for civil disobedience.”

Every day every country changes their Covid rules, and everyone follows on without question.

One thought on “Why bother with experts when you got Big Bird?”