At least ScoMo & his coconspirators are not in hiding, like Trudeau.

Rebel News Australia
.
The Aussie spirit was in full force as thousands of everyday Australians came together in the nation’s capital to have their voices heard. 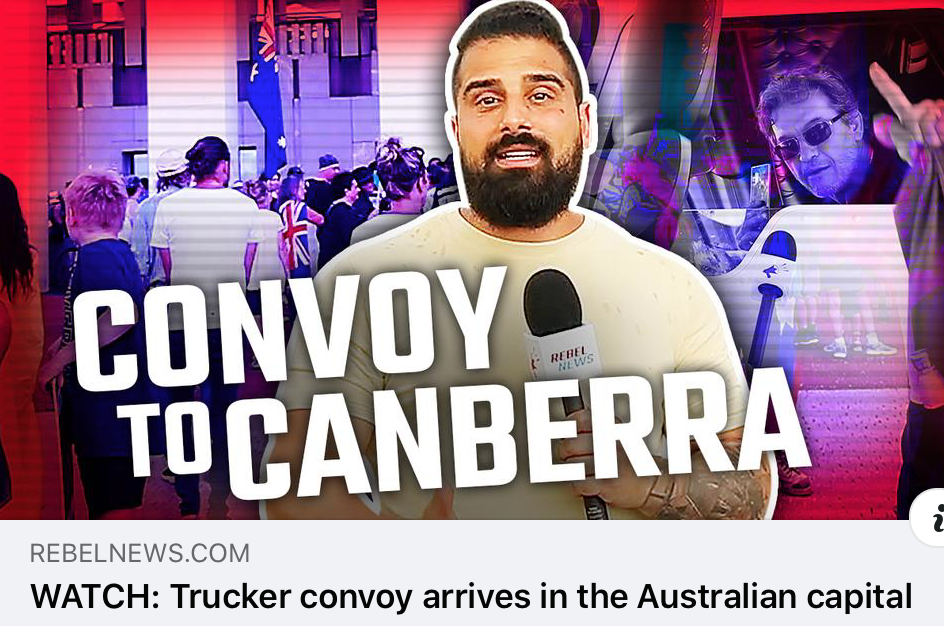 Hundreds of protesters have surrounded the building where the Prime Minister is due to deliver a major speech this afternoon. 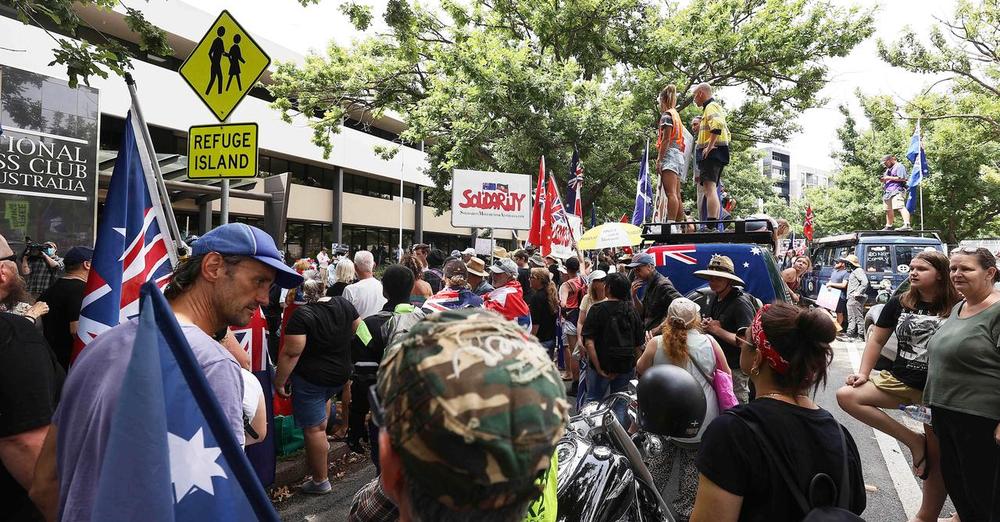 Hundreds of protesters have surrounded the building where the Prime Minister is due to deliver a major speech this afternoon.

Hundreds of protesters have descended on the National Press Club ahead of Scott Morrison’s nationwide address, threatening to derail the major event.

The protesters, who could be heard chanting “no more boosters” and “we will not comply”, first flocked to Parliament House on Monday.

On Tuesday, hundreds of people split off to swarm the press club ahead of Mr Morrison’s “Building National Resilience” speech. Many of the protesters were draped in Australian flags. Picture: NCA NewsWire / Gary Ramage

The group surrounded the building, with witnesses describing the scene as “wild”.

Mr Morrison were seen entering the building around midday, prior to the beginning of his address at 12:30pm.

The Aussie spirit was in full force as thousands of everyday Australians came together in the nation’s capital to have their voices heard.

While some Australians have only been marginally impacted by the government’s handling of the pandemic, a growing number of people have been driven to the edge by rules and mandates, forcing them to lose their livelihoods.

The Convoy to Canberra event was inspired by the trucker convoy in Canada which has caused major disruption in its capital city of Ottawa.

The sentiment from the Australian truckies I spoke to was along the same theme – regular hard-working people who are not being listened to or have had their concerns addressed by the government and poorly represented by the mainstream media.

“What they’re trying to do is destroy everything that we’ve ever worked for,” said one truckie I spoke to.

“We’ve just got to have change in this country … we just cannot keep on going, we’re going to send ourselves broke as a nation. And we’ve got to get all of our people back to work again.

Those involved in the protest had messages of support for Canadian truck drivers.

“Thank you for the motivation, thank you for believing in us and supporting us. Thank you and God bless you,” said one truckie.

“We need our freedom’s back. We’ve had enough,” said another.

“We’ve got to demand our freedoms, no more lockdowns and protect our kids.”

Some of the protesters plan to camp out in front of Parliament House until they are heard.

“We just want to let Scomo know that we’re just here for two weeks to flatten the curve and then we’ll go.”