What a relief he wasn’t motivated by “extremism”. But what is it that makes Moslem wanna kill infields and scream ‘allahuakbar?’ 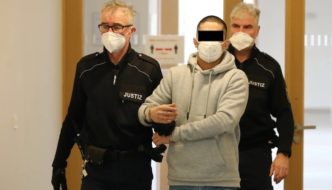 No. Of course it wasn’t “extremism”. It was Islam, but the idiotic ‘officials’ are so fearful & cowed that they don’t dare to call the beast by name. “Extremism” is one of the dumbest words ever invented to circumcribe the hostile behaviour of Mohammedans. But sadly, that is the situation now everywhere in the western world where the soldiers of allah have been allowed to settle, behind enemy lines. 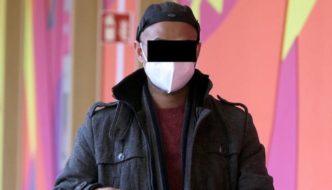 Germany: Muslim ‘asylum seeker’ has been living in the country for 11 years, ten years after being obliged to leave

German officials either do not have the will to deport Waquar H., for fear of being considered “Islamophobic” by other Muslims in the country, or they simply don’t care that he is breaking the law and is in the country on false pretenses, because they want a large and growing Muslim population in Germany.

Rare as hens teeth, but somebody in the judiciary must have grown a spine and done the right thing. But they haven’t been deported yet, so I won’t hold my breath.

They all had dual nationality; no one was rendered stateless. In any case, all Western nations should follow this example, but most of them are too afraid of appearing “Islamophobic” even to take basic measures to protect their own people. “Thirteen terrorists have just been stripped of Belgian nationality,” translated from “Treize terroristes viennent d’être […] ‘Regretful?” This Stasi traitor is not regretful. She did what she did deliberately to destroy Germany.

German Chancellor Angela Merkel has said that her country’s attempt to create a multicultural society has “utterly failed” in a speech to the youth wing of her Christian Democrats (CDU) party.

At the meeting in Potsdam, south of Berlin Chancellor Merkel said “This (multicultural) approach has failed, utterly failed,” which has reignited debate over the country’s open borders policy.

Merkel went on to say that allowing people of different cultural backgrounds to live side by side without integrating had not worked.

Germany has accepted some 4 million, mostly Muslim migrants, in recent years and has seen a dramatic rise in anti-social behaviour, crime and in particular, violent sexual assaults on and murders of women and girls.

The regretful Chancellor said that migrants need to learn German and adapt to German societal norms.

As per usual, Mr Sarrazin was attacked by German media and dismissed from the Bundesbank, while critics refused to attempt to debunk the factuality of his book but rather tried to destroy his character and career through personal attacks.

Despite these underhanded efforts, the book proved extremely popular amongst the German people.

One thought on “Germany: Allahuakbaring Killer Moslem Not Driven by ‘Extremism’”