Labor man Joe Hildebrand has triggered the lunatic left of the Labor Party.

Joe Hildebrand is a likeable leftie who somehow ended up working for Murdoch’s News.com. Needless to mention that he cops red hatred & loathing from the screeching loons who love masks, lockdowns & comrade Andrews police state, just for pointing out that state terror should not be a permanent condition. 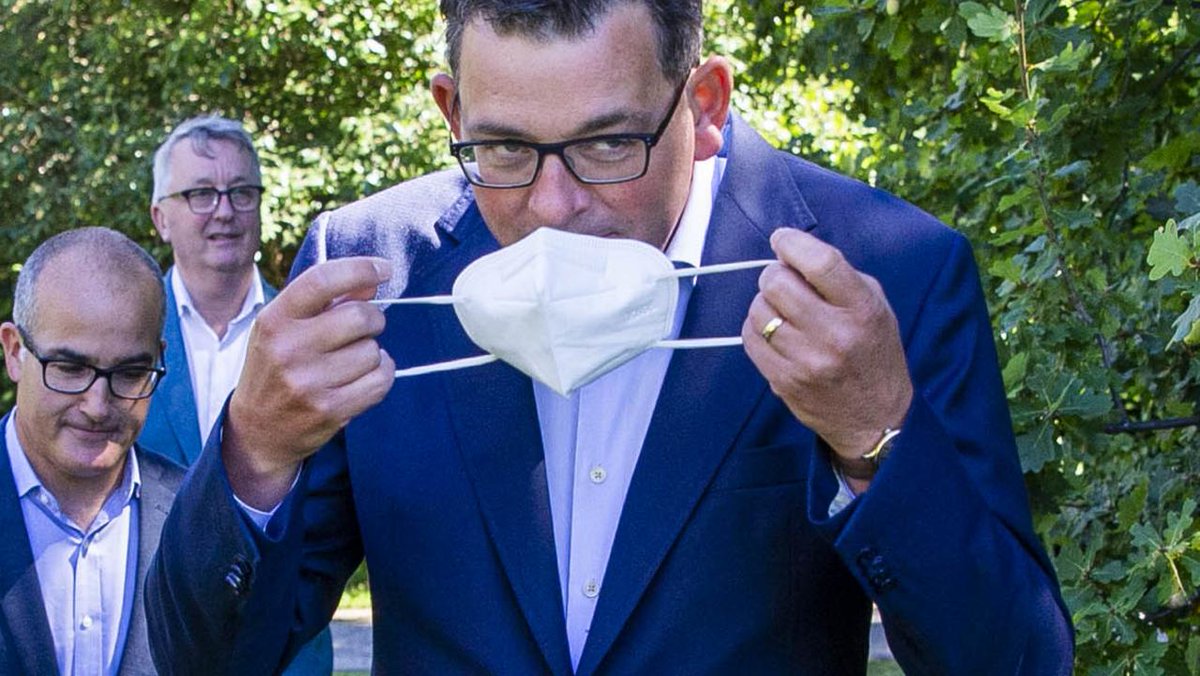 The hysterical headlines have receded and all the catastrophic predictions were wrong. The results could not be any clearer.

Where are they now?

The hysterical headlines have receded. Hospitalisations and intensive care numbers are less than half of what they were, having never reached predicted thresholds. QR check-ins are being abolished because nobody has been monitoring them for months. Mass testing of healthy children is set to follow because it is so obviously pointless a third of parents aren’t even doing it.

Of course this last measure was put in place because of predictions that reopening schools would cause an explosion in cases and put teachers and children at risk. It never happened.

And now we have formal confirmation from the Australian Bureau of Statistics that not only did so-called “Covid deaths” account for just one per cent of fatalities during the pandemic, but 92 per cent of that one per cent were people with pre-existing health problems ranging from pneumonia to heart disease.

So where are they now? Victoria didn’t lift restrictions but NSW did and both states got the same result.
.

Where are all the doomsaying experts, online warriors and outraged finger-pointers who struck fear into the heart of ordinary Australians and tried to paint level-headed policy-makers as bloody-handed monsters?

They’re certainly much quieter than usual, especially after their deity (Victorian Premier) Dan Andrews announced he would be easing restrictions in the exact same way as Covid bogeyman (and NSW Premier) Dominic Perrottet.

Sadly for them the disaster never came. Surely they could have at least the grace to publicly admit they were wrong? Or at least that they’re disappointed?

But they won’t. This is the same political class that endlessly demands apologies from others for even the mildest transgression and yet when they get caught out, provably wrong — and wrong for so long — on the greatest single issue facing the world over the past two years there is an eternal silence. So now that we’ve been vindicated and they’ve been proven false will they finally say sorry or issue a retraction or, God willing, delete their accounts?

Of course not. They will keep telling themselves that they were still right about this or that or that they would have been right if not for this or that, or perhaps seek solace in the same misguided outlets that fuelled all the fear in the first place.

But they will hopefully at least be quieter about it and have at least the decency to know when they have been shamed.

Because while epidemiologists, paediatricians, states and territories and different layers of government have all differed over how to respond to the virus, the one constant undercurrent — the one political prerogative that has overridden all of it — has been the panic and irrational fear in the community, stoked by commentators and political leaders either oblivious to the facts or serving their own self-interest.

In some cases this has produced the absurd scenario of people going through absolutely pointless rituals — such as mandatory QR check-ins which served absolutely no purpose — purely to placate a panicked public. Yes, we are talking about 21st century public health orders based purely on superstition — a truly surreal thing for any rational mind to observe. In other cases the overzealous response may have even worsened the situation the public was panicked about. Hospitals already under pressure were placed under even more pressure because of strict close contact definitions and isolation requirements that created staff shortages. At one point 2500 health workers were in isolation in NSW alone.

At any rate, hospitalisations and intensive care numbers are now continuing to plummet — Covid cases in ICU were in the double digits yesterday — and NSW and Victoria are casting off restrictions like a stripper on speed. Sanity is finally returning to our shores — or at least the eastern ones.

So, again, where are all the panic merchants and chicken littles now? Where is the apocalypse they swore would come?

Comrade Andrews fans and pro-Covid masks, lockdowns and restrictions are out in force today. The @Joe_Hildebrand truth article in @newscomauHQ has really upset them. They can see the wheels have well and truly fallen off. Poor dears.