The lesson we’ve learned from #COVID19 is that emergency powers are far more dangerous than an actual emergency.

I just can’t believe no western leader has condemned Trudeau yet. It’s SICKENING. Could it be that they’re all in agreement with tyranny?

Canadians are paying @CBC to oppress and lie to us. Just like we Aussies pay a billion$$$$ to the ABC to bombard us with commie BS & warming prop. 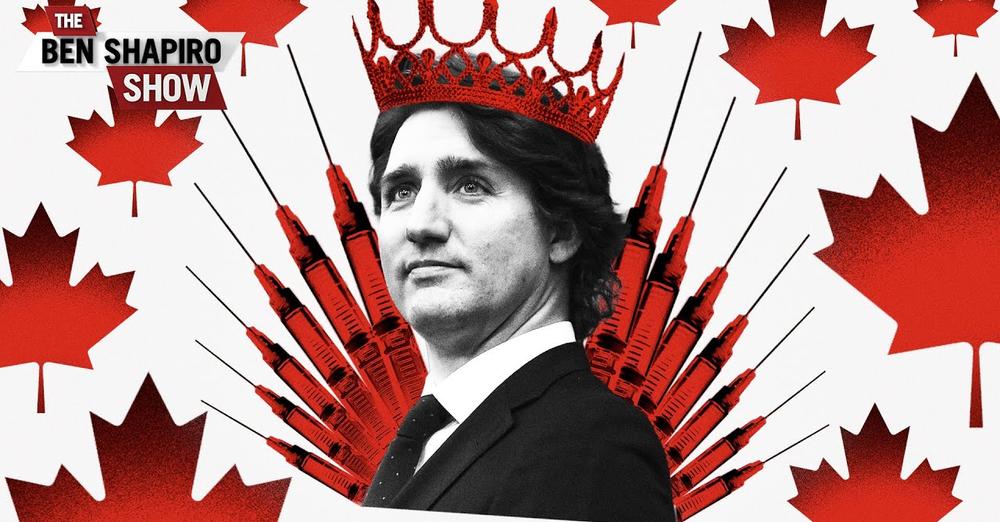 We have the names of the people who donated to the Trucker’s Convoy, but not Ghislaine Maxwell’s customers?

Canada has begun to freeze the bank accounts of people who donated to the truckers. Imagine if Trump had done this to BLM protest donors. Yet Canada does it to people donating to truckers & most in media pretend it isn’t happening.

Absolutely terrifying. And the financial institutions are going along with it and helping. https://t.co/kaSY9omFdT

Threatening to freeze the bank accounts of people for protesting against the government is despotic and draconian, but vowing to seize their pets is just downright evil and sick.

Canadian Govt. Threatens to Take Pets Away From Truckers

“Attention animal owners at demonstration,” the tweet reads. “If you are unable to care for your animal as a result of enforcement actions, your animal will placed into protective care for 8 days, at your cost. After 8 days, if arrangements are not made, your animal will be considered relinquished.” 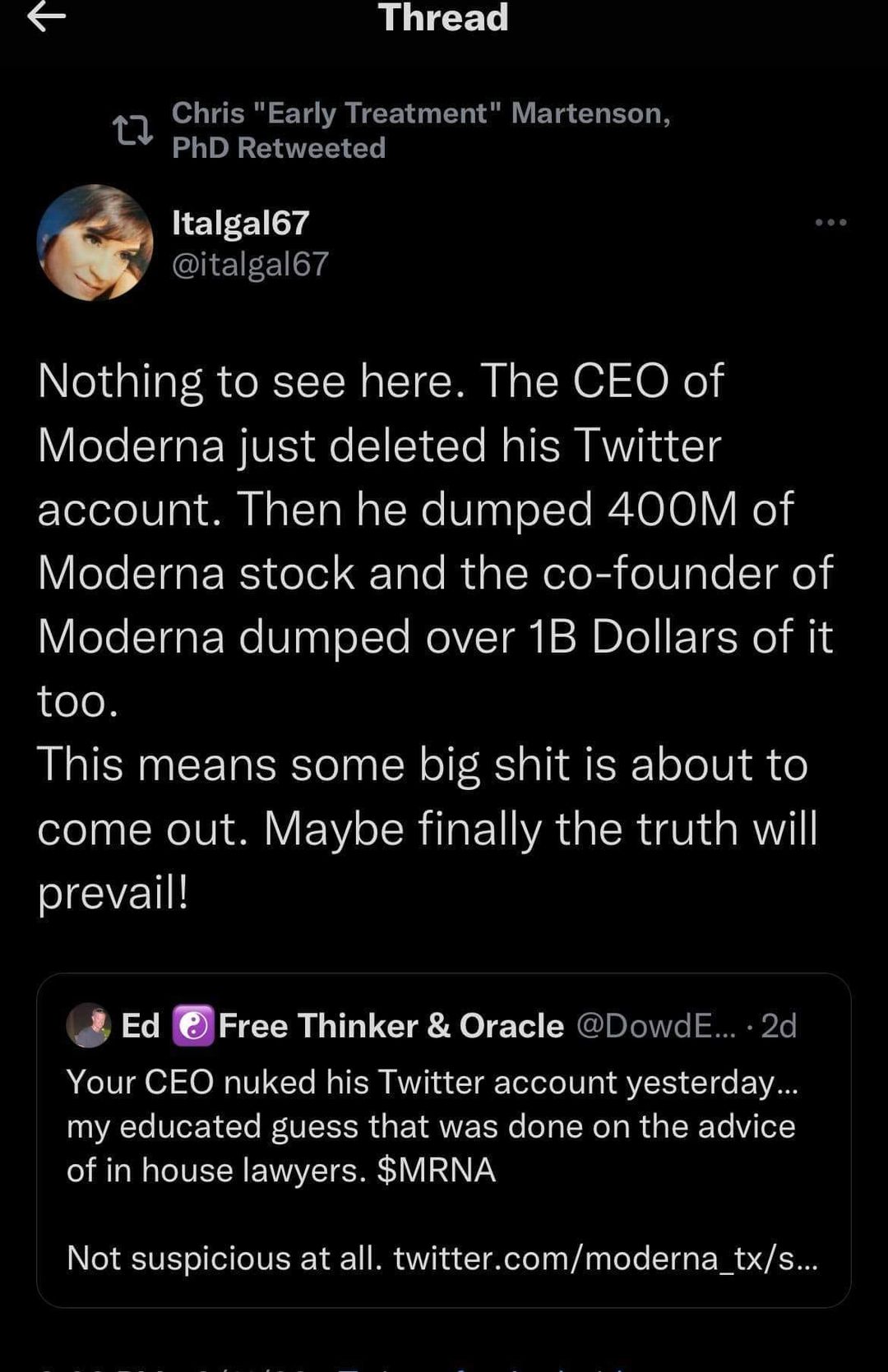 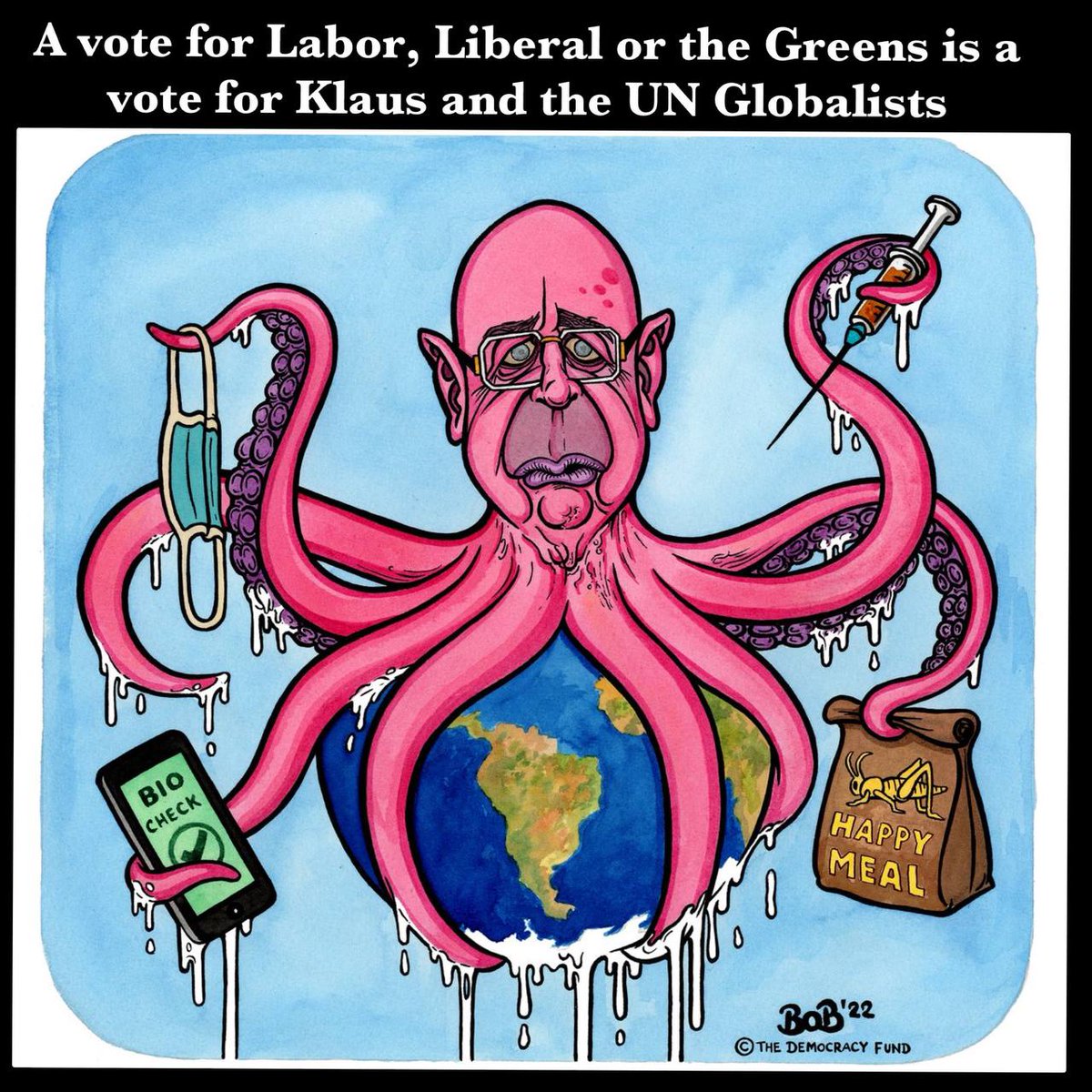 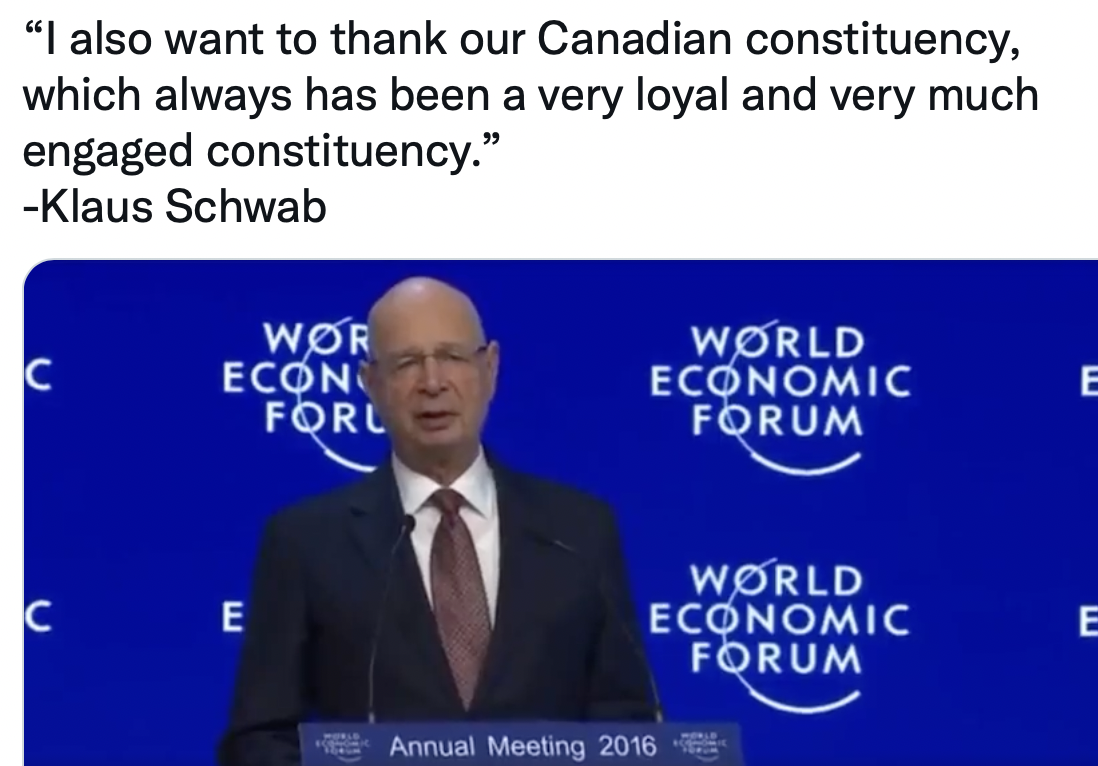 “I also want to thank our Canadian constituency, which always has been a very loyal and very much engaged constituency.”
-Klaus Schwab
pic.twitter.com/OXxgd80DL0

Suckerbugger’s FB is truly fucked. Their “community standards” are nebulous at best. They censor whatever they don’t like. I myself got booted off for using words like “tranny”,  suggesting criminals should be tarred & feathered, hanged, shot or quartered and quoting sura’s from the Koran. 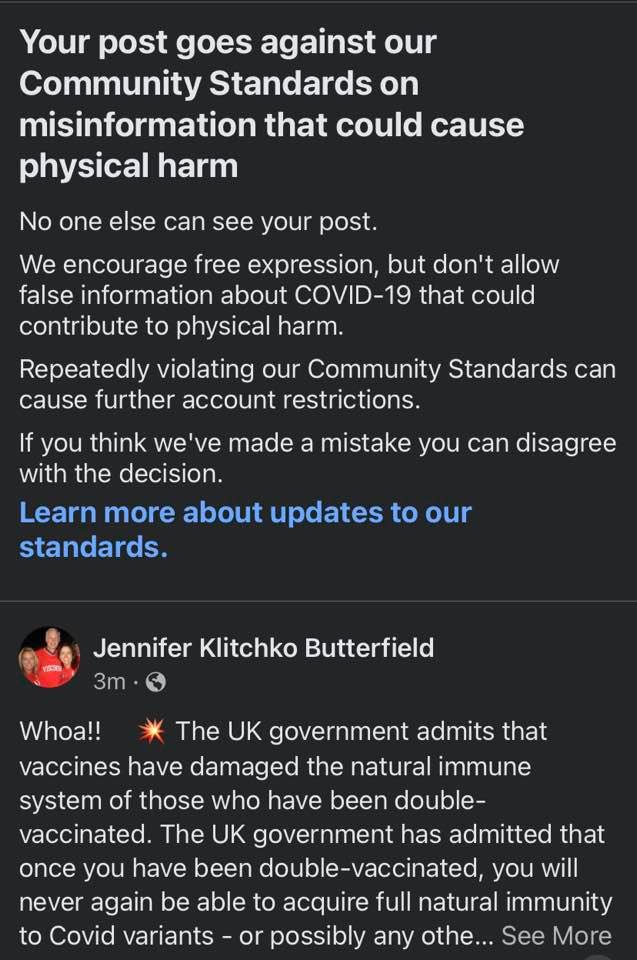