Constantine Yevtushenko, 38, has said Russians are asking Ukrainians for food while having ‘no idea’ as to why they are in Ukraine

UN human rights office says it has received reports of at least 25 people killed and more than 100 injured in Ukraine due to “shelling and air strikes.” 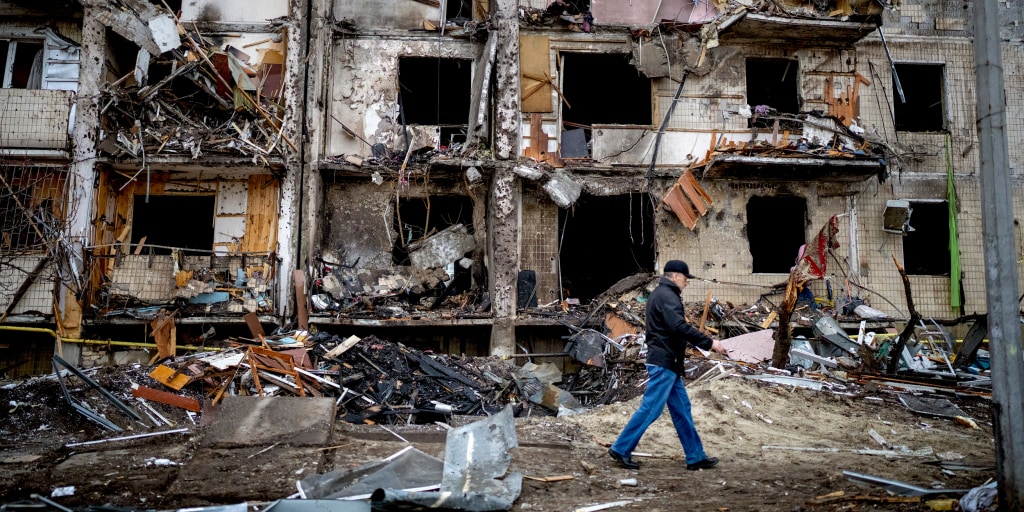 The 38-year-old managing partner at UNIT.City said troops spoke of how they were in military training when their commander gave them an order to “go that way”. Before they knew it they were waging a war against their neighbour.

“They are just following the orders that they have,” Mr Yevtushenko said. “They are kids, born in 2000 and 2002, they are frustrated, our army forces don’t even know what to do with those kids, and there are thousands of those guys now on the fields of Ukraine – killed.

“They don’t have fuel, they are asking people to help them with food,” Mr Yevtushenko continued, as he pleaded with the media to help counter the information censorship in Russia as its citizens must know of the humanitarian toll the conflict has been causing.

Saying he has spoken to Russians about the situation, the dad-of-three said: “They have no information about how many of their soldiers have already died here, and it’s more than 4,000 soldiers that have died, it’s an absolute humanitarian disaster.”

A window of democracy’

Driving from Ukraine’s capital Kyiv to Lviv would usually take five hours or so. But due to the “huge” queues on the highways caused by desperate people wanting to flee to the west, where it is relatively safer, it took Mr Yevtushenko 13 hours to get to his parents’ house in Lviv. It took his friend 24 hours to do the same trip as traffic increased over the weekend.

His wife and three daughters have fled to Cyprus, but being of fighting age, the 38-year-old had to abide by Ukrainian President Volodymyr Zelensky’s order for all men between the age of 18 and 60 to not leave the country as they may have to join the frontline.

“Are you scared?”, i asked. “Of course not!” Mr Yevtushenko replied. “We are in our land, we are protecting ourselves and we will stand till the end, there is no [other] way,” the managing partner, who has recently been coordinating efforts to ensure those in shelters get access to food, has said.

“All the nation of Ukraine is not doing well now because we are fighting the real war, the real war that nobody could even ever expect to happen in the 21st century in the middle of Europe.”

He said Ukraine needs more weapons and helicopters from Nato to counter the Russian attack, which has already claimed the lives of more than 198 civilians, including three children, despite Mr Putin’s claim he was merely targeting military infrastructure.

“I don’t think that it’s a good idea that Nato is directly a part of this war, this is our war. We don’t need your soldiers here, we will handle this, but we need the support, the ammunition, so we can protect us and you.”