“Deaths Of 130 People Is ‘Nothing Personal,’ Says Top Suspect In 2015 Paris Terrorist Attacks”

A Jihadist who did not detonate his suicide vest during the 2015 Paris terror attack has told a court jailing him will send a message to would-be-attackers that there is no way back for them.

Salah Abdeslam, the only assailant still alive after the terror attacks that rocked Paris in November 2015 took to the stand for the first time on Wednesday. 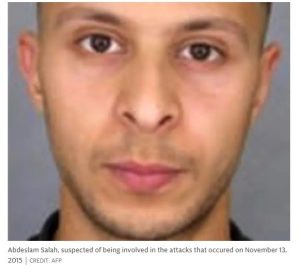 Abdeslam, 32, reiterated his claim of being a member of the Islamic State group, but said the court was making a mistake in wanting to “make an example” of him by inflicting a potential life sentence.

He sought to distance himself from the team of assassins who were all killed in the wake of the attacks, appearing to imply that he had had a last minute change of mind.

“In the future, when someone gets in a metro or a bus with a suitcase stuffed with 50 kilogrammes of explosives, and at the last minute decides ‘I’m not doing this,’ he will know that he can’t, because otherwise he will be locked away or killed,” he said

Abdeslam has so far largely refused to answer investigators’ questions since his March 2016 arrest in Belgium, where police found him after months of searching for the men behind the massacres.

But he has claimed he discarded his suicide vest and fled the French capital in the chaotic aftermath of the bloodshed, eluding an intense manhunt to return to Molenbeek, the Brussels district where he grew up.

He told the court on Wednesday: “I didn’t kill anyone, I didn’t hurt anyone” as he took the stand for the first time in the trial over the jihadist massacres. “I didn’t cause even a scratch,” Salah Abdeslam told the court in a sudden outburst before he was to be questioned over the worst peacetime atrocity carried out on French soil, which saw 130 people killed.

Abdeslam has been unrepentant so far in court.

In one of a series of outbursts, he said that France “knew the risks” of attacking jihadist targets in Syria as part of a coalition fighting the Islamic State group.

The French are so concerned with racism, they”re letting Muslims get away with murder.

This is the account of Jesse Hughes, frontman of the “Eagles of Dead Metal” who witnessed this jihad mass-murder and got into a lot of trouble for speaking out.

And the shameful, despicable treatment of Jesse Hughes by the French for speaking out: 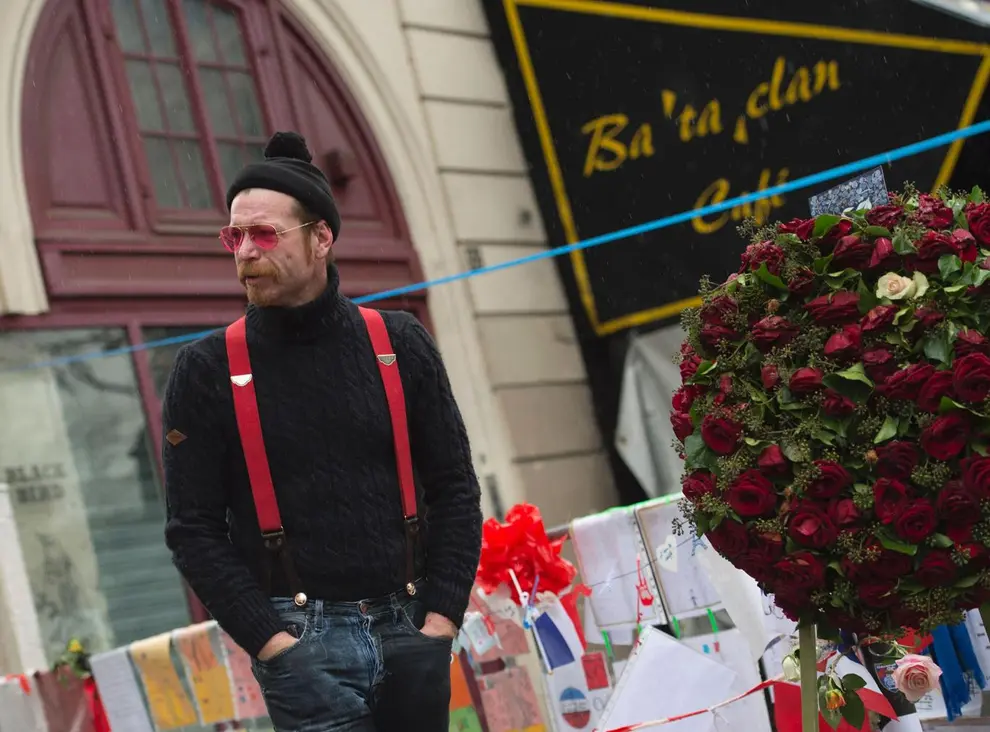 Bataclan managers deny entry to Eagles of Death Metal over …

13 Nov 2016 — Hughes, a Donald Trump supporter, had told the Taki’s Magazine website he had seen some “terrorists” in the Bataclan concert hall before the …
Note: the drecks media starts up with calling him “a Trump supporter”. How dare anyone support Trump!
.
Members of Eagles of Death Metal, the US band who were playing at the Bataclan when Isis gunmen stormed in and massacred 90 people a year ago, have been turned away from the venue’s reopening concert over controversial remarks made by their lead singer.