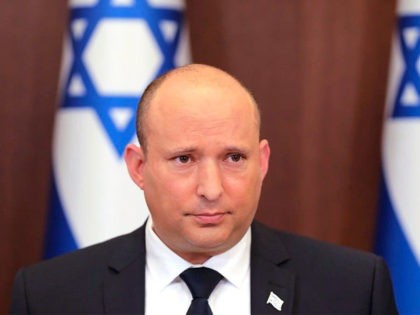 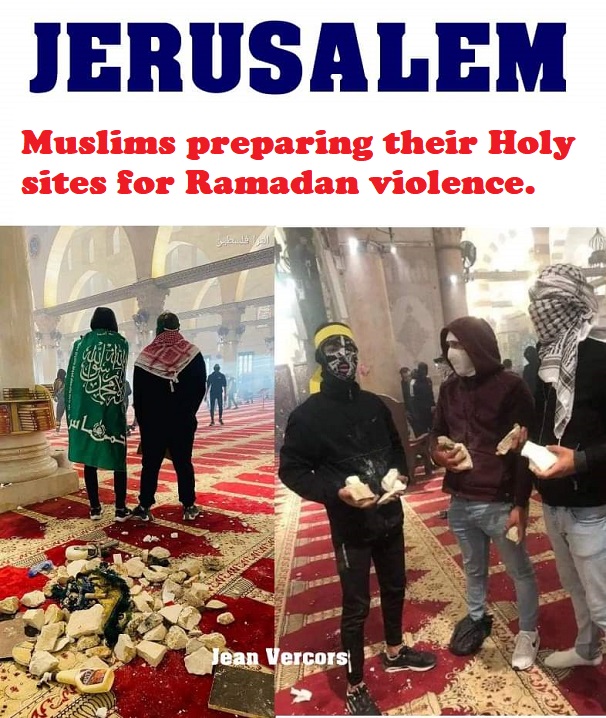 JEWS ATTACKED (AGAIN) AS THEY WALK TO PRAY
This is in the Old City of Jerusalem.
Ramadan is inspiring 100s (perhaps 1000s) of attacks by Arab Palestinians, from minor to deadly.
There are increasing concerns that Israeli police and security are too lenient.
Notice the ferocity by which the Arabs attack:
HOW DO YOU BEHAVE AT CHURCH OR SYNAGOGUE?
.
Do you stockpile rocks and iron bars when you go to Church or Synagogue?
Do you hurl rocks at the people below?
.
Do you play football inside the Church or Synagogue.
.
Muslims do all of these things at their so-called Holy site, the Al Aqsa Mosque, on the Temple Mount on top of the remains of the 2 Jewish Temples. The site is the Holiest in Judaism.
.
Is it time the media stops referring to the Temple Mount as a Muslim Holy site? They clearly don’t regard it as such. 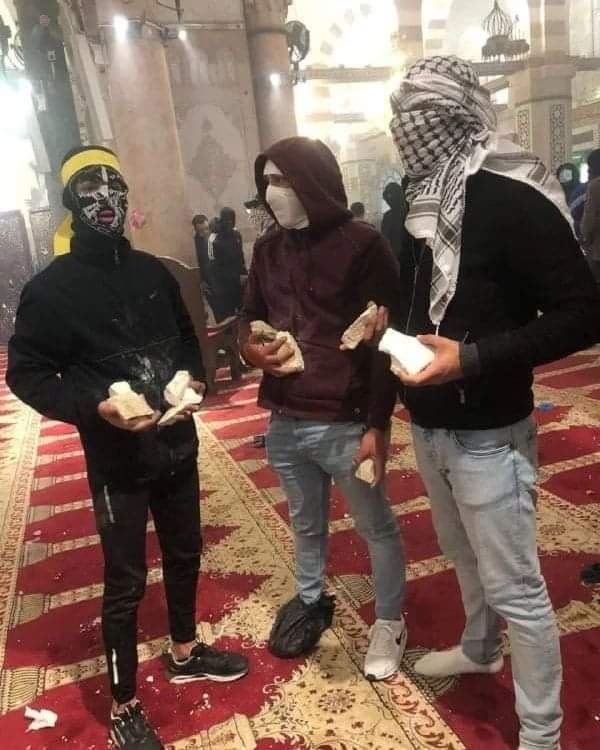 The Israeli prime minister hit back against the charge that Israel was responsible for the “unease” by accusing Amanpour of presenting a misleading narrative.

“Yeah, well, Christiane, there you go again starting the story in the middle,” he said. “But the actual fact is that last Friday at about five in the morning, roughly 300 Palestinian rioters entered [the] Temple Mount mosque with explosives [and] with stones.”

“They began desecrating their own mosque; burning, throwing stones and preventing about 80,000 decent Muslims from going to pray,” he added.

Bennett went on to explain his duty as the country’s leader, as well as the need to “act tough” in the face of violence. 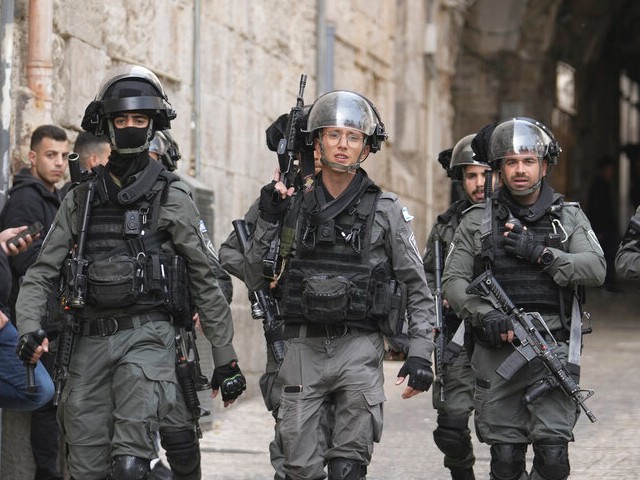 “My responsibility as Prime Minister of Israel is to provide freedom of prayer to everyone in Jerusalem, including Muslims, which is why I had to send in policemen to remove the rioters,” he said. “And it worked.”

“Indeed, 80,000 Muslims went on later to pray peacefully,” he added. “So, you know, when faced with violence you have to act tough.”

In response, many took to social media to lambaste Amanpour for her seeming defense of violent rioters and condemnation of the responding police forces.

“Amanpour is a shill for the Islamic Republic,” wrote Bryan Leib, the executive director of Iranian Americans for Liberty. “Not surprised in the least that she was hostile towards Israel’s PM.”

.@amanpour is a shill for the Islamic Republic. Not surprised in the least that she was hostile towards Israel's PM. https://t.co/YHjovDJFVH

"There you go again Christiane, starting the story in the middle."@amanpour's hostility, smugness and arrogance towards #Israel is just relentless. But PM @naftalibennett did great job here pushing back on the situation in #Jerusalem and Temple Mt. pic.twitter.com/G26UE6dhN7

“Telling HALF the story is a LIE,” she added. “@naftalibennett made her look stupid providing facts.”

“Amanpour is not a real journalist! If you listen to her you can tell she’s on a mission,” tweeted The Jewish Voice.

“Self defense against terrorism isn’t engaging in a cycle,” wrote conservative commentator Katie Pavlich. “Further, when will you ask Abbas why Hamas is allowed to desecrate Al Aqsa mosque?”

Responding to the interview, Bennett reiterated his commitment to “fight against the lies about Israel.”

The tense discussion came as ongoing clashes between Israeli forces and violent Palestinian rioters have erupted on the Temple Mount over the last week, with the overlapping of Easter, Ramadan and Passover, following visits of Jews to the site and the rioters’ attempts to prevent them from doing so.

In one incident, a group of Jewish worshippers in the Old City of Jerusalem was filmed as they were violently attacked by several Palestinians.

Palestinians attacked Jewish worshippers on their way to pray in #Jerusalem's Old City. This assault comes amid a spate of anti-Jewish violence and terror that has recently plagued #Israel. No person should have to live in fear of being attacked because of their identity. pic.twitter.com/XKCAbzvI7V

The mount is Judaism’s holiest site and Islam’s third holiest. It is administered by the Jordanian Islamic Waqf, which prohibits Jewish and Christian prayer.

Jews are currently barred from entering until the end of Ramadan at the start of next month.

On Wednesday, Israeli police were attacked with rocks and firebombs hurled from within the mosque, with some igniting fires within the mosque. Several Palestinian were arrested as a result.

“The violence endangers worshipers attempting to enter the mosque, and impeded police efforts to ensure freedom of worship at the site,” Israel’s Foreign Ministry said. “The Molotov Cocktails set fire to a mat and a window causing fires that luckily were extinguished before greater damage was done.”

Amanpour is the Chief International Anchor for CNN and host of CNN International’s nightly interview program Amanpour, which has aired for nearly a decade.

In 2020, Amanpour likened former President Donald Trump’s tenure to Nazi Germany on the anniversary of Kristallnacht, the 1938 pogrom that is often regarded as the starting date for the Holocaust. She subsequently issued an apology over the matter.

She also suggested that “lock her up” chants were a form of hate speech that the FBI could have “shut down.”

One thought on “Israel: “Self defense against terrorism isn’t engaging in a cycle””