Just to remind you that this is a problem that won’t go away.

Mosque Leaflet Calls For Killing Kafirs; EU HR Clowns Order Media Not to Not Report When Terrorists Are Muslim.

The unelected Marxist Mandarins of the EUSSR are letting the mask slip: Clearly, the misguided  Christian Ahlund and his fellow travellers are following the instructions of mendacious grievance mongers like Fayaz Mughal, who runs the excremental propaganda site “Tell Mama”.

Mughal  & Ahlund would have no problem with this:

Police today launched a hate crime probe after literature saying those who insult Islam “must be killed” was allegedly handed out at a London mosque.

A Standard investigation has uncovered claims that the booklet, which says “any Muslim should kill” those who insult the Prophet Mohammed, was distributed at a gathering in Walthamstow.

It points to a classical manual of Islamic law to justify killings without waiting for court judgments and says apostates “deserve to be assassinated”.

The booklet discusses the case of Mumtaz Qadri, a fanatic who murdered a governor in Pakistan in 2011 because of his support for liberal reforms to the country’s strict Islamic laws.

It says “all Muslims should support” Qadri and that being a “big shot” does not prevent someone from being an apostate who should face being killed. 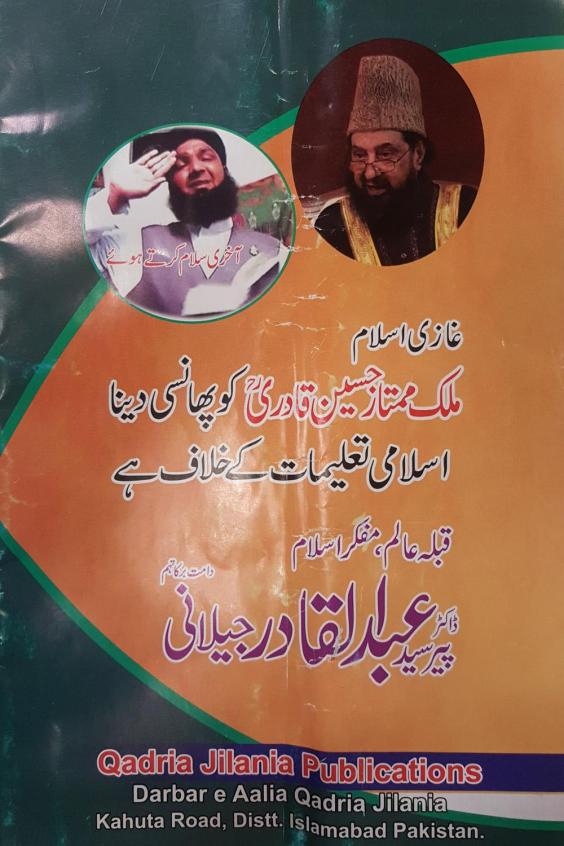 The booklet which is being probed by police

After the Standard alerted police to the booklet, Scotland Yard today said it was probing the literature “to establish whether a criminal offence has taken place”.

One worshipper who was given the booklet told the Standard: “The event was a few months ago. I took one, but other people took them as well.

“I think more than 100 people were at this event. It was at Giyarween Shareef [a holy gathering].

“Two or three people delivered the leaflet. Unfortunately, I am shocked. I think it gives a bad impression. Islam teaches when you live here you obey the law and the rule of law, but this is not doing that.” 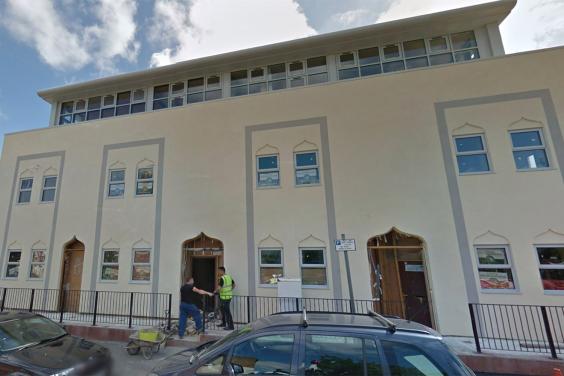 The Standard has learned that the leaflet carries the name of preacher Syed Abdul Qadir Jilani on its front cover. It came to light after it was allegedly handed to some worshippers at the Dar-ul-Uloom Qadria Jilania mosque in Walthamstow, where Mr Jilani is an imam.

Mr Jilani, who once landed a British-Pakistani TV network in trouble after it showed a live sermon with him allegedly “advocating violence”, denies writing the booklet despite his name being on the cover and his picture appearing on the back.

He told the Standard the booklet had been “falsely attributed” to him, that he did not “authorise” the use of his name or picture and did not give permission for any of his sermons to be reproduced. 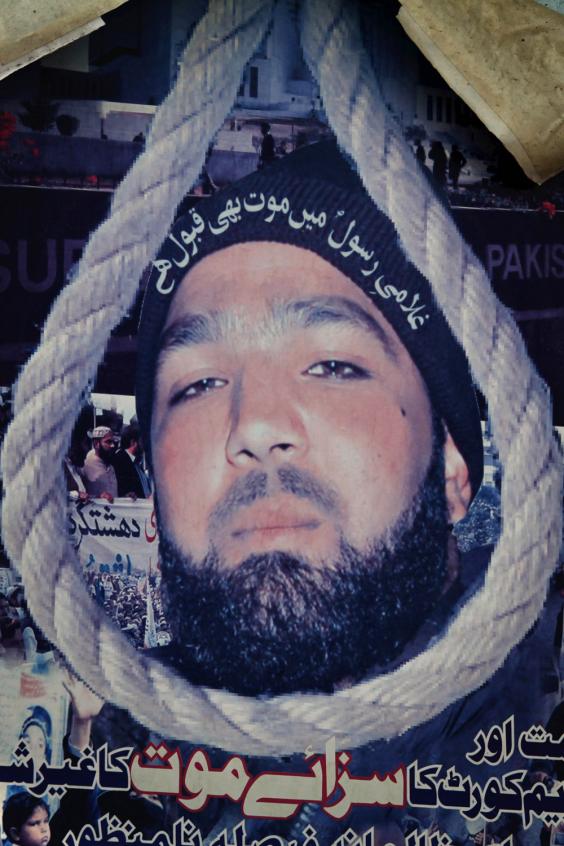 A poster of  Mumtaz Qadri, who killed a governor in Pakistan for backing liberal reforms (Anjum Naveed/AP)

He said he did not agree with the booklet’s contents and that he did not know “if, why or how” it was distributed in the mosque.

He added that if it had been distributed in the mosque, then this had been without his knowledge and “without authorisation by either me or any member of the committee”.

The mosque is also home to the International Muslim Movement charity, for which Mr Jilani is a trustee.

Watchdog the Charity Commission today said it was also “urgently” looking into the material and poised to launch its own investigation.

Rupert Sutton, an extremism researcher at the Henry Jackson Society think tank, said: “The police and other relevant agencies should investigate immediately.

“Giving religious cover to sectarian violence puts whole communities at risk. Anyone promoting such material must face the full extent of the law.”

Mr Jilani was also at the centre of controversy when broadcasting regulator Ofcom fined Islamic station DM Digital £85,000 in 2013.

Mr Jilani reportedly said Muslims were under a duty to kill those who insulted the Prophet Mohammed during an on-screen sermon.

A Scotland Yard spokesman said: “We will be assessing the contents of these leaflets to establish whether any criminal offence has taken place.

“We are committed to tackling hate crime in all its forms and have long since recognised the impact of hate crime on communities.”

The Charity Commission said: “We are assessing the information received as a matter of urgency so as to establish the facts and have contacted the charity’s trustees for their response.

“At this time, the commission has not opened a statutory inquiry into the charity. However, if the information provided is accurate it would raise serious regulatory concerns.”

According to Land Registry records, Mr Jilani co-owns the mosque with three others. He told the Standard: “I do not agree with the booklet’s contents. I am not aware of if, why or how, the booklet was distributed in Dar-ul-Uloom Qadria Jilania.

“If it was distributed… then this was done without any authorisation by either me or any member of the  committee of Dar-ul-Uloom Qadria Jilania.”

Regarding the Ofcom fine he said: “Ofcom made a decision against DM Digital TV, not me. Ofcom has failed to understand the speech in the context in which the referenced comment was made.”

He told the Evening Standard that his remarks were in response to a question about Islamic law as applied in Pakistan.

He said: “I vehemently deny advocating the killing of anyone; this is terrorism. I have spoken out several times against terrorism in public.

“A fatwa was recently issued against me, which purported to deem me an infidel for speaking out against  terrorism, here in the UK, and I reported it to Chingford police. The killing of innocent people cannot be legitimised.”