He appeases Islam at the expense of European Christianity.

He is encouraging the Islamic conquest of Europe. 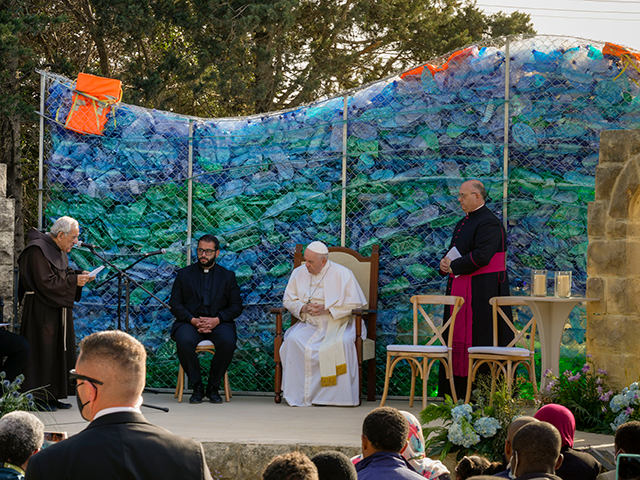 ROME, Italy — Pope Francis ended his weekend visit to the island nation of Malta with a meeting with migrants Sunday, in which he assured them of his closeness and support.

Migrants should be treated with “rare humanity,” the pontiff declared, while urging Malta to treat all those who land on its shores in this way and “to truly be a ‘safe haven’ for them.”

This is the history of tiny Malta: The vastly outnumbered Knights of Malta, facing complete destruction, repelled the Ottoman Turk hordes during the Siege of Malta in 1565.

Now the Pretender wants Malta to voluntarily submit to another invasion force just over 500 years later. The result would be the same: Utter destruction of any remnants of a Western Culture.

The way to treat migrants with “uncommon humanity,” Francis said, is by looking at people “not as numbers,” but as “simply men and women, brothers and sisters.”

That person I see on a boat or in the sea on television, or in a photo, “in his place it could be me, or my son, or my daughter,” he said.

The pope also said that migrant shipwrecks on the Mediterranean Sea also represent “the shipwreck of civilization, which threatens not only the refugees, but all of us.” 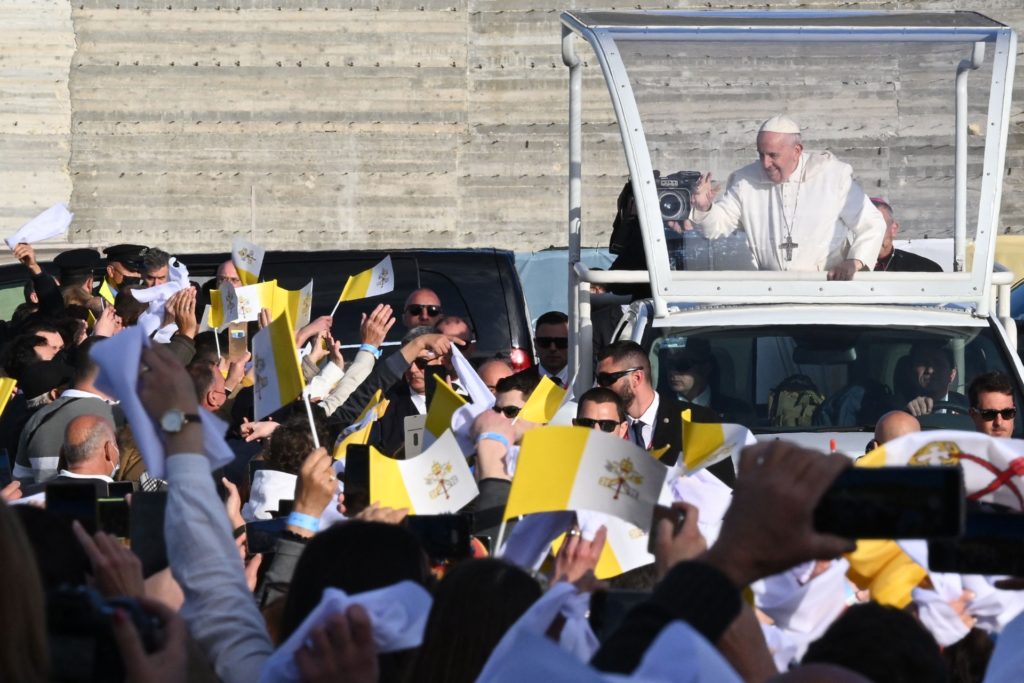 Pope Francis blesses attendees as he arrives in the popemobile car for a meeting of prayer outside the Basilica of the National Shrine of the Blessed Virgin of Ta’ Pinu, in Gharb, Gozo island, Malta, on April 02, 2022, on the first day of the Pope’s two-day trip to the Mediterranean archipelago. (ANDREAS SOLARO/AFP via Getty Images)

Migrants must detach themselves from their roots, a process that “leaves a deep wound in the growth of a young man or a young woman,” he said. “It takes time to heal this wound; it takes time and above all it takes experiences rich in humanity: meeting welcoming people who know how to listen, understand, accompany.”

“I believe it is very important that in today’s world migrants become witnesses of the human values ​​essential for a dignified and fraternal life,” Francis asserted. “They are values ​​that you carry within, which belong to your roots.”

“Here is the future of the human family in a globalized world,” he said. “I am happy to be able to share this dream with you today, just as you, in your testimonials, share your dreams with me!”

The pope also underscored “the suffocated appeal of millions of migrants whose fundamental rights are violated, unfortunately sometimes with the complicity of the competent authorities.”

“You are not numbers,” he told the migrants, “but people in flesh and blood, with faces, and dreams that are sometimes broken.”

Pope Francis made the issue of immigration a leitmotiv of his visit to Malta, urging greater openness and a welcoming spirit.

In his address to civil authorities Saturday, Francis called for a shift in narrative from emphasis on national security to an emphasis on welcoming.

“Today, when those who cross the Mediterranean in search of salvation are met with fear and the narrative of ‘invasion’ and safeguarding one’s own security at any price seems to be the primary goal,” he said, “let us help one another not to view the migrant as a threat and not to yield to the temptation of raising drawbridges and erecting walls.”

“Other people are not a virus from which we need to be protected, but persons to be accepted,” he asserted, adding that the Christian ideal is “a summons to overcome suspicion, ingrained mistrust, fear of losing our privacy, all those defensive attitudes which today’s world imposes on us.”

One thought on “Pope Francis Urges Malta to Submit to Islam”