The Taliban addressed their first press conference since taking over Kabul on Tuesday. Taliban spokesperson Zabihullah Mujahid asserted that the rights of women will be protected “within the limits of Islamic law”.

Taliban to uphold Sharia laws includes stoning to death of women, but vows to protect women’s rights “within Islamic law” 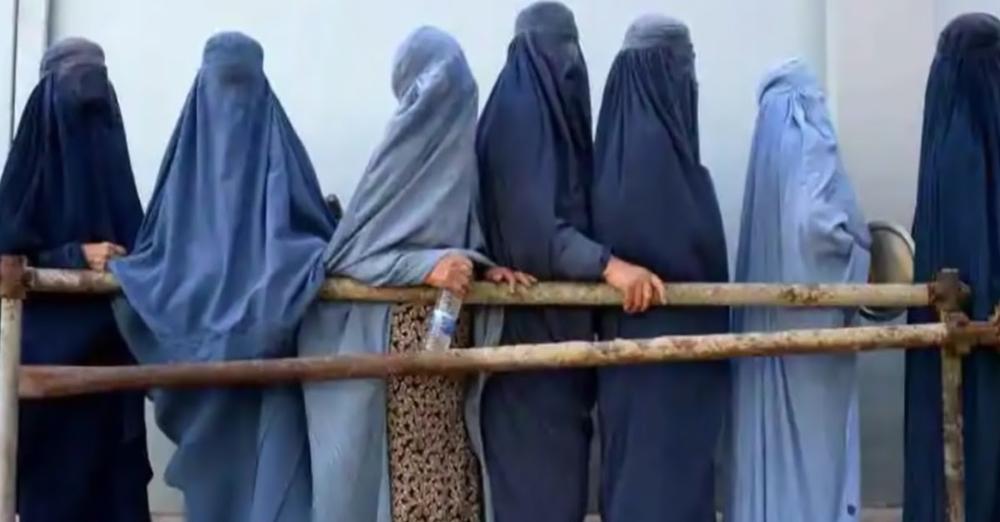 In most Islamic countries there are no laws protecting women’s rights, or prohibiting child marriage.

Islam also includes many rigid rules of modesty that apply only to women. According to Sharia law If a woman does not satisfy her husband or if she violates the laws of Islam, the husband has the right to beat her.

It’s worse. If the husband suspects his wife of any act of disobedience, he can beat  her, according to the Koran.

In most countries that practice Sharia law like Saudi Arabia and Iran under the Male guardianship policy, women are not allowed to get a job, education, or even leave the house or receive medical treatment without the approval of the male guardian (father, husband, brother or uncle). The Daily Mail here again shows why it is the worst paper in the Western world. Yes, the Guardian and the Independent and the Telegraph, etc., are just propaganda sheets for the hard Left, but the Daily Mail is even worse because it reports accurately on jihad terror, but then vilifies and demonizes those who stand against that same jihad terror, and has kowtowed to violent jihadis in censoring images of Muhammad before.

The Daily Mail reported yesterday that another teacher has been suspended for showing an image of Mohammed. This image hadn’t been shown in a classroom setting for educational purposes, however, but was featured on his coffee mug from which he was drinking outside the staffroom; indeed, he was reportedly “photographed carrying the item in the playground at Colchester Royal Grammar School in Essex”. And it wasn’t some venerable 15th-century Shia portrayal of Mohammed encountering the angel of half-fire and half-snow, but rather a ink-line cartoon of him standing next to Jesus saying, ‘Hey’, to which Mohammed responds, ‘How ya doin’?”

The satirical cartoon is from ‘Jesus and Mo‘, which was created by Mohammed Jones (pseudonym [..for fear of death]) in 2005. It is either perceptive, astute and funny, or offensive, blasphemous and Islamophobic, depending on whether you’re slightly sensitive and easily fomented into a state of religious fury or not; and whether you believe Allah feels threatened by an ink-line cartoon and needs shielding from the violation or not….