Cows should wear face masks to burp fewer methane emissions into the atmosphere: 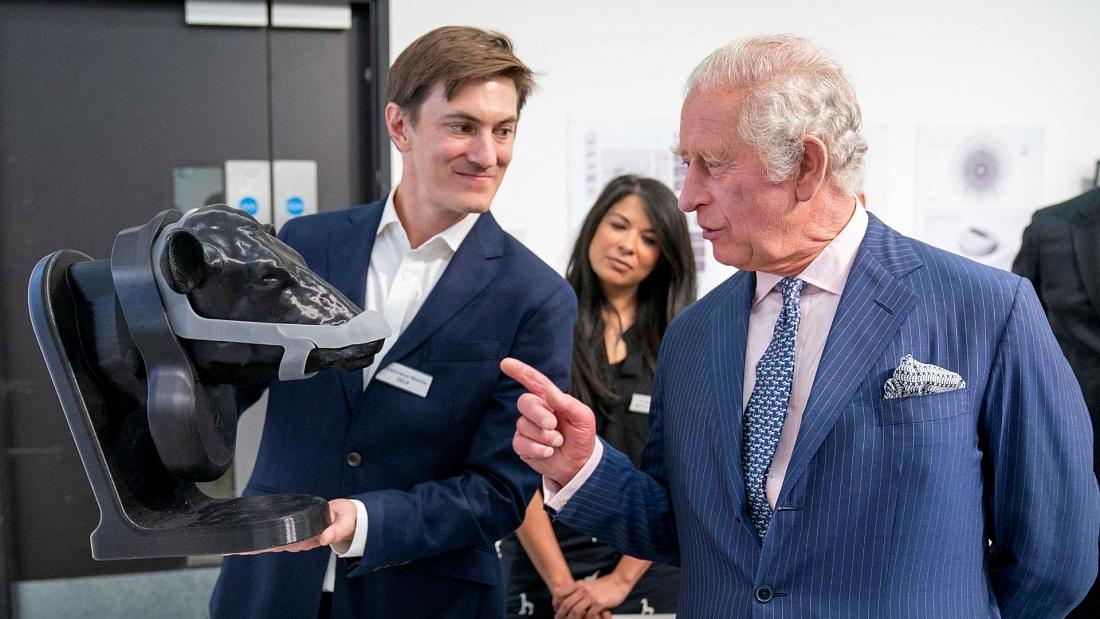 A device that fits around the face of cattle and cuts methane emissions from their burps has won a £50,000 (€59,502) award backed by the British royal, Prince Charles.

“Climate” is code for de-industrialisation.

The cult of global warming may be the first explicitly antihuman ideology ever to take root among a ruling class. In the name of the climate, its adherents want us shivering in the dark — without food:

Northern Ireland will need to lose more than 1 million sheep and cattle to meet its new legally binding climate emissions targets, according to an industry-commissioned analysis seen by the Guardian.

The large-scale reduction in farm animals comes after the passing of the jurisdiction’s first ever climate act, requiring the farming sector to reach net-zero carbon emissions by 2050 and reduce methane emissions by almost 50% over the same period.

The Experts intone that burping cows make it be too warm outside for the comfort of the planet. Chickens do too:

Separate analysis by the UK government’s climate advisers suggests chicken numbers would also need to be cut by 5 million by 2035.

Crippling Northern Ireland’s meat industry will have no measurable impact on supposedly problematic global temperatures. But like the Biden Regime’s suppression of energy production in the name of the same ideology, it will have a noticeable effect on prices, employment, and the overall standard of living.